The Most Read Stories from 2014 on SyracuseNewTimes.com

The Syracuse New Times has a long history as the definitive source for provocative journalism, progressive thinking and regional arts and cultural coverage. In the past year, we re-designed our print edition, which you can find on stands every Wednesday at more than 1,500 locations throughout Central New York. 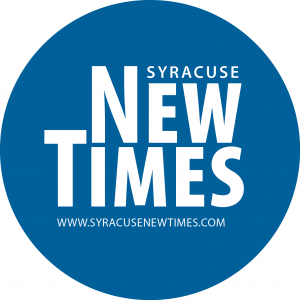 But online, as part of our year-end review, we invite you to take a look back at 2014’s top stories on SyracuseNewTimes.com.

These are the top 25 stories and articles that caught your attention and garnered the highest results in our digital analytics.

Click on the headline or the photo to read the full story:

What if you could create your own dream job? Chedy Hampson did.

Street Eats restaurant and food truck were taken over.

22. 1 in 4 Women Will Be Raped Before Graduating College

Memoir of SU rape written in hopes recovery will be easier for other victims.

20. JFK in Dallas: The Syracuse Connections

Upstate New Yorkers lingered on the periphery of Kennedy’s assassination.

The New Times examined the links between the Syracuse Academy of Science and the Gülen movement.

18. The Most Polarizing Issue in America

Abortion has been a hot topic for decades. Where do you stand?

Reporting on the conceptual design for the Onondaga County amphitheater.

The Courier Building  is one of five buildings still standing in Syracuse that were built before the Civil War.

Teachers and parents have been talking with writer Ed Griffin-Nolan about the state of Syracuse’s schools.

12. Gas Station Pizza Was…Wanting, But We Have a Winner

Ryan Novak achieved his childhood dream, then took it to another level.

He’s homeless, and many people pass as if he were invisible.

7. Bite into Apple Season in CNY

If Maffei isn’t up to more than one joint interview, voters should know that.

Two Syracuse residents recently moved to a farm in Oswego County and are trying to make a go of it.

4. A Matter of Trust

A letter by Dr. Cynthia Morrow.

Student-athlete Wendall Williams talks about the moment the light went on.

2. A Short History of the Rainbow Flag

A conversation with Gilbert Baker (creator of the rainbow pride flag).

Best of Syracuse® is an annual reader-generated poll, trademarked by the Syracuse New Times.