Where do you stand?

Abortion has been a hot topic for decades, since the U.S. Supreme Court’s Roe v. Wade ruling 41 years ago this week, when the court found that women had a constitutional right to an abortion early in a pregnancy.

Over time, it seems the passion on both sides has become an obstacle to communications. The positions might be irreconcilable. The people, too.

But it seemed to the Syracuse New Times there might be some value in stepping back and simply letting two people involved in the issue tell their stories. The humanity of each side can be lost in the conflict. Perhaps this will serve as a reminder that the people, on both sides, are more than the stereotypes and caricatures the other side might have you believe they are.

Mary McCune has been affected by abortion and the debate surrounding it throughout her life. 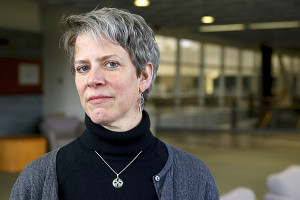 McCune, co-adviser for the Women’s Center at SUNY Oswego, has always been a firm believer in women’s right to an abortion. Her view on the issue was formed when she was growing up and continued to mature from then on.

“I was probably ‘pro-choice’ before I even had a word for the position,” she says. “My mother would tell me about her own experiences growing up during the Great Depression, hearing her mother and aunts talk about women having multiple pregnancies, not being able to afford the additional children, not being able to control their own fertility, and the impact that that had on their own lives and their families’ lives.”

This idea of being forced to bear children once conceived astonished her. The thought that these women and their families appeared to have suffered during that time because they weren’t given the option of abortion shocked her even more.

“Only those with financial resources and connections who could find a private physician to perform one had access to relatively safe abortion,” McCune says. “Otherwise, women avoided sex or had children, gave them up for adoption or resorted to self-abortion, often with dire consequences.”

Although the stories she heard of struggling mothers during the Depression aided the formation of her viewpoint, there were more personal events at play, too.

When trying to have children at an older age, doctors repeatedly counseled her to have an amniocentesis–a test that can detect birth defects and other problems with the fetus–for each pregnancy.

McCune didn’t want to do that.

“My husband and I declined the procedures because we knew that we would continue with the pregnancies regardless of the results,” she says.

“Whether or not {abortion} is a ‘good’ option depends on the individual life situation of the woman,” McCune says. “I believe that abortion must be an option for women and absolutely should remain legal and accessible. History has shown that criminalizing abortion does not lead to fewer abortions but to higher rates of injury and maternal death.”

McCune knew abortion wasn’t the right option for her, but she says other women may need or want it.

“I certainly understand why someone would choose not to have abortion. My position requires no one to use contraception or have an abortion,” she says.

McCune says she doesn’t want to force her views on anyone; that isn’t her goal. Her main concern is the choices of women. She believes that women need to have all of their options to make these decisions.

“In many counties throughout the nation, women are being forced into ‘decisions’ due to lack of access to information and services. Those aren’t ‘decisions,’” she says.

“I lend my voice to efforts nationally to support women’s access to reproductive health services,” she says.

How does McCune respond to those who are on the other side of the abortion issue? 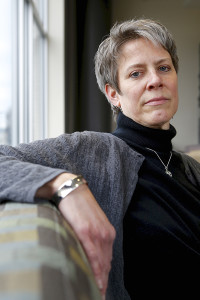 “I’m uncomfortable with representing this as an issue that has only two, clearly delineated sides,” McCune says. “Those who espouse a ‘pro-life’ position are quite varied in their stances and their argumentation.”

McCune says not everyone from either side is exactly the same in their viewpoints, behaviors or their morals. She says the issue can’t be simplified; abortion is such a complicated topic for everyone involved.

“I think my experiences with friends and my own personal experiences contemplating amniocentesis made me aware of how deeply complicated and intensely personal these decisions are,” McCune says. “It has spurred me to advocate against laws and regulations that aim to simplify an issue that has such complex medical, religious, economic, historical and ethical facets.”

Jillian Pelkey, the executive director of the Pregnancy Care Center of Oswego County, has a story to tell from the pro-life side of the abortion issue. 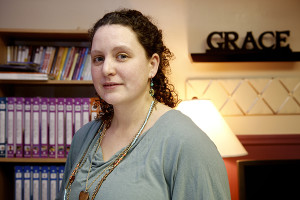 Ever since Pelkey was a teenager, she had always believed in women’s rights. However, she never really advocated her viewpoint. Later on in her life, after a troubling event, she felt a strong desire to help empower women. She finally discovered her potential when she found the Pregnancy Care Center a year and a half ago.

“It was perfect. The center was a part of what I had always wanted to do: help women when they’re most vulnerable,” she says.

What drove Pelkey to want to be an advocate for women?

When Pelkey was a senior in college, she found herself unexpectedly pregnant. When the doctor told her the news, she said, she simply wanted to run out of the room and deal with it in her own way. However, the doctor began pressing her with the option of abortion, making her feel as if that was the only option she had.

“The doctor kept explaining to me why it would be better for me and my future and my life, but it wasn’t the option that I wanted,” she says. “It was completely traumatizing.”

Pelkey, in her vulnerable and frightened state, chose to not listen to the doctor’s words and had her baby. Her son, Luke, is 9.

“I can’t imagine having had listened to that advice and not have my son today,” Pelkey says.

That was the driving force behind Pelkey’s desire for advocacy. She had her view about the abortion issue before, but she had never been as passionate about it until the meeting with the doctor and when she had her son. The experience changed Jill’s life and views on this topic forever.

“I can’t imagine society or my life without my son,” she says. “So, I can look at my blue-eyed baby boy with his little dimples and say that abortion isn’t right. Because I’ve met my son, I can say that and mean it. That’s what makes this issue so personal: Every life is a life.”

“This issue is bigger than just that,” she says. “Saying it is ethical or anything else is too generalized.”

Even though Pelkey might not agree with abortion, she is aware that people get them for many, many reasons. However, she thinks that in most cases, women have them out of fear of the future.

“A lot of times, women have abortions because they think they wouldn’t have help or it’s scary,” she says. “So, they need help and information from a place like the PCC.”

As executive director of the Pregnancy Care Center, Pelkey helps create programs for the center’s patrons, she helps set up classes and makes sure that all women who come through the doors have everything that they need, such as baby clothes, food and shoes.

“I help at the ground level and make sure everyone has what they need to raise their kids,” Pelkey says. “I want to help women who were in the same place I was, too. I want to help people have all the information and options and know all their choices during and after pregnancy. And I don’t want people dealing with the grief of abortion later on in their lives. That’s why I am here.”

How does Pelkey respond to those who are on the other side of the abortion issue? 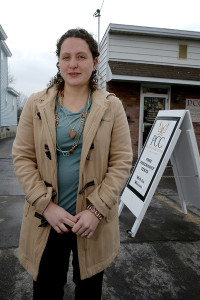 “Everybody, both sides of the issue, are passionate and want to help people. You can’t group all pro-choice people or all pro-life people together, because they’re individual people who, hopefully, do the best they can for their own reasons.”

“Everyone has a system of beliefs, whether it’s in God or it’s in nature,” she says. “People believe what they believe for a purpose. Every person has a purpose and is valuable. We can’t group them all together.”

“This is a personal issue for everyone,” she says. “It doesn’t reach home until it affects you or your family or friends.”

News and Blues
Say Yes and the Neighsayers
To Top