As much as he wanted to live out his dream of making it in a large city, Rahim found himself living paycheck to paycheck and seeing his kids only on weekends.

If you believe that people vote with their feet, then Emad Rahim and his family just voted for Syracuse.

“Life is a lot more laid back here,” says Emad Rahim, just a few weeks after coming home from Chicago, where he had lived for nearly three years. “I control my own time. I can have coffee with friends. I can work early, work late. I couldn’t afford to do that there.”

Until September, Rahim was the university dean of Colorado Tech University, based in the Windy City. The six-figure salary he earned came with a price: lots of time spent on the road visiting the for-profit college’s far flung campuses, attending workshops and conferences. He felt squeezed financially by “a city that just takes your money” and even more so, hungry for the time he used to spend with his wife and two children.

Syracuse’s relatively mellow pace and lower cost of living combined with Rahim’s desire to raise his kids near his mother and family to tip the scales and make him want to come home. He knows it’s a gamble, but he’s ready to invest in his hometown.

“In Chicago,” says Rahim. “I lived uptown. We had a private condo on the third floor. I could see Lake Michigan across Lakeshore Drive. Wrigley Field was a 10 minute walk.”

As much as he wanted to live out his dream of making it in a large city, Rahim found himself living paycheck to paycheck and seeing his kids only on weekends.

“You get to that age when you’re raising your own kids and you’re lacking that sense of safety and comfort.”

All these thoughts led to the decision to take a lower-paying job that involved less travel and to relocate back to the Salt City. He is an associate professor and program director at Bellevue University, in Nebraska. He’ll have to travel to Omaha six times a year, but most of his work can be accomplished online. 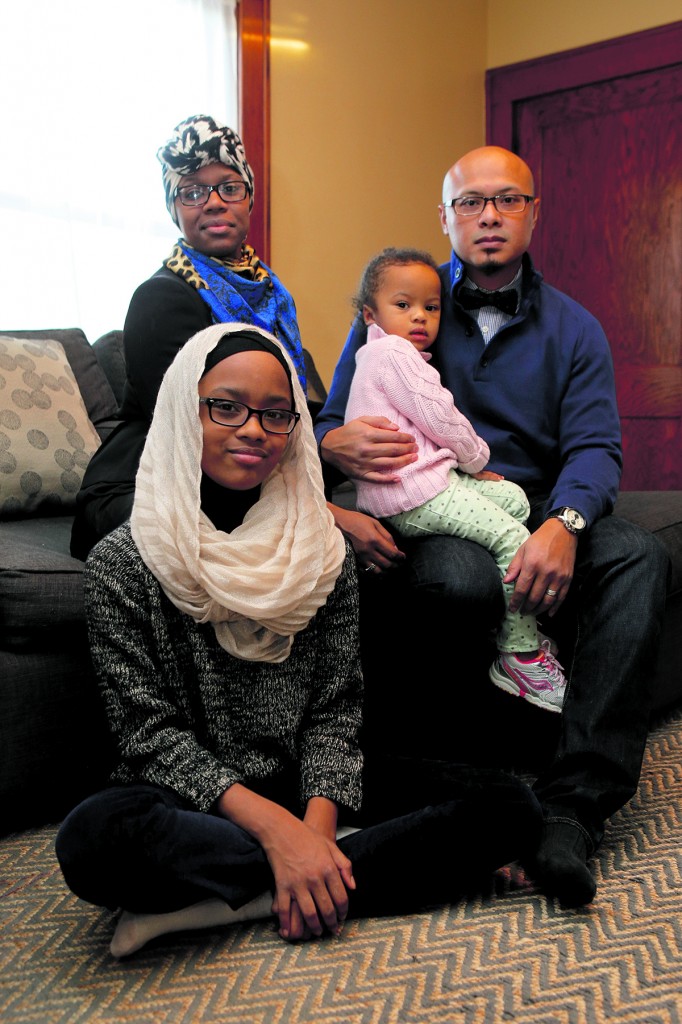 This is hardly the first time Rahim has migrated with safety in mind. Born in Cambodia, he fled with his mother to avoid that country’s upheaval in the 1980s, when the Khmer Rouge took power and killed upward of 4 million people, including Rahim’s father. His journey took him to Brooklyn, where he survived a gunshot wound in a street fight as an 8-year-old boy.

His mother brought the family to Syracuse and raised him and his sister on Gifford Street. At Fowler, he overcame a learning disability and has since gone on to earn a doctorate in entrepreneurship studies. He lectures nationwide, runs a fund to promote community development in his home country and has founded startup companies.

Now turning 35, he defines success differently, and he is eager to give back.

“I miss Chicago,” he says. “It’s a large, energetic, diverse community that we will never have here.”

But he is tired of people asking him why he would return to Syracuse.

“Instead of celebrating our return, people were concerned. They asked what was wrong, why we were coming back. We have to get young people involved by getting their role models involved. We have to focus on praising the good things here.”

His main concern is the state of the city’s schools. When his then-8-year-old daughter began school in Chicago, she was far behind her classmates.

“She was an A student leaving here (Syracuse) in third grade, and I was shocked at how far behind she was.”

His daughter attends Ed Smith Pre-K-8 School “for now” and is considering applying to the Syracuse Academy of Science (SAS) charter school.

The state of public education was an issue in Chicago, as well. Rahim spent an hour each way driving his 11-year-old daughter to a private school because two of the three public schools in his neighborhood were slated to be closed for poor performance. The third admitted students by lottery, and his daughter didn’t win. He started to wonder if he could afford to send two girls to private school.

Back home in Syracuse, Rahim was impressed at the accessibility of school district officials. During his school search, he met with both Syracuse Superintendent Sharon Contreras and Tolga Hayali, superintendent of the SAS. It’s that sense of scale and a family-friendly environment that he hopes will draw more people like him back into the town he calls home.

With Apologies to Clement Moore… Or Maybe Henry Livingston Jr.
Top 25 Stories of the Year on SyracuseNewTimes.com
To Top