Who serves the best?

We’ll get to that, but first I have some explaining to do. Way back in July, I invited readers to nominate their favorite gas station pizza. The responses were wildly inconclusive. A celebrity judging panel (chaired by me) was asked to select a winner from the top five vote-getters. Trouble was, there were 11 nominations and no clear favorites.

The judging panel had issues, too. Miss America and Carmelo Anthony were too busy to serve. The other two invitees, Timothy Ford, chief of cardiology at Upstate Medical University, and Cynthia Morrow, the former county health commissioner, now an SU professor, generously agreed to participate. But with so many pizzas in play, logistics were a nightmare. Should I bring them each 11 cold, gross sample slices? Should I rent an ambulance to take us around? 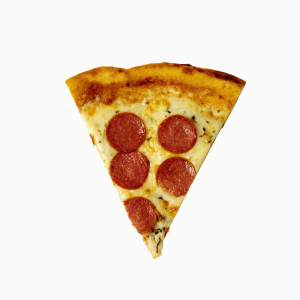 After months of dithering, I concluded that this was my mess to clean up. Alone.

Thus began a desperate mission for which I drove to all 11 businesses on Thursday, trying the pizza (usually pepperoni) at each. You think it was fun? A scorching salt mass pulsed in my sternum. Digestion slowed to a crawl. A profound melancholy gripped my soul. Most of the slices I experienced were slightly varying versions of the same thing: airy, flavorless crusts, bland sauce and cheese that often bore signs of heat-lamp abuse — all hovering on the threshold of acceptability.

The worst was at Byrne Dairy in Mattydale. Over-baked, tasting of cheap tomato sauce and public works department levels of salt, the $2.47 (with tax) slice rose to the level of a war crime. I trashed most of it and stood in the season’s first snow, weeping for humanity.

Better but not great was ExpressMart in Fayetteville ($1.29). That one tasted like a frozen pizza, but a decent one. Fastrac on Route 31 in Cicero offered a big, puffy, fluted crust and an absurd $3.23 price tag. (A second slice is just $1.) The pizzas at the Marcellus Sunoco ($1.29) and the Liverpool Hess ($1.39) on Electronics Parkway were similarly unobjectionable and unmemorable. Hot right out of the oven, they beat most microwave burritos.

Three local Nice N Easy stores ($2.37) were nominated. The chain does a respectable job with its greasy pan-style pie. I wolfed down a piping hot, ultra-yeasty slice from the store at Route 31 and South Bay Road, in Cicero. The offerings at the Kirkville Road and Fayetteville stores were less fresh. Nonetheless, I wrote in my notebook, “I want to hate it, but I don’t.”

The SavOn in Chittenango was nominated for both best and worst gas station pizza, summing up this whole enterprise. The clerk handed me a casserole-sized slab loaded with pepperoni and sausage kibble and wished me “an awesome day.” The flaccid crust left me cold, but somehow the overall effect was not horrible. At $2.16 for this colon wrecker, no one in Madison County need go hungry.

Delta Sonic in North Syracuse was a bright spot. Its pizzas are baked to order in a real wood-fired oven. The lack of slices-to-go violates the spirit of gas station pizza, but the thin-crust pies ($4.74 for a small pepperoni) are worth the trip even if you don’t need gas or a car wash. Nice indoor seating, too.

And now the winner: Key Pizza at the Valero station at 1135 Erie Blvd. E.

“Why do you have to call it ‘gas station pizza?’” he bristled.

Mann described his business as a pizza place that sells gas, not a gas station that sells pizza. At $2.43 a slice, it isn’t the best pizza in town, but it’s real pizza, with a dense, chewy, slightly sweet crust. Even reheated to lukewarm, it stood out in a good way.

My work is done.

I want an apple.