How ’bout that raise?

Just a day after the elections, I’m sitting in my editor’s office and in walks our esteemed publisher. The publisher is a well-known conservative Republican. The editor describes himself as a proud liberal Democrat, and I prefer to be known as an unaffiliated radical; I’ve always been taught that in our system, political parties stand for only one thing — winning elections — and that is not a principle I care to sign on to.

Statewide races turned on issues like hydrofracking, the SAFE Act, jobs, medical marijuana and casinos, but once the votes were counted, the conversation quickly changed. The polls had barely closed when Albany insiders began to float trial balloons on the topic of a pay raise for legislators.

State senators who make a minimum of $79,500 (many earn bonuses of 50 percent over that comfortable sum), were wondering anonymously if the public might blindly approve a raise.

Arguments in favor of the bump in pay included the notion that other state employees had been awarded raises in the decade-plus since the legislators had an increase. On the other side of the argument, taxpayers have taken note of their own dwindling paychecks and questioned whether those who make the laws should be the exception rather than the rule when it comes to salary increases.

If you are persuaded by statistics (and few of us are) you might want to look over this chart in David Leonhardt’s Nov. 11 New York Times post: tinyurl.com/k6oyt28. Leonhardt makes the point that wages in real terms peaked around the turn of the century and have been heading south ever since.

If you are more persuaded by political arguments, try this one on for size: Wherever the minimum wage was on the ballot this month, it was passed, even in four heavily Republican states.

The publisher brought the conversation around to the salaries paid to members of Congress, about $170,000. This fiscally conservative businessman who scoffs at the minimum wage and likes to complain about welfare recipients living the good life surprised both me and my editor by suggesting that federal representatives be given a raise.

Unaccustomed to hearing someone who never met a tax cut he didn’t like suggest adding another half a billion dollars in salaries to government employees, I asked him what his rationale was. He volunteered that it would bring the best people into the ranks of Congress.

You get what you pay for, he contends.

I think that people go into public life for more complicated reasons than that, and I also know that for most folks, $170,000 sounds like a pretty good chunk of change. I countered with my long held and consistently ignored proposal that all elected officials should earn the median salary of those whom they serve or represent (add in free travel and government supplied barracks housing). That gives them a genuine incentive to get up every day and fight for the middle class, since, by definition, they would be the middle class.

Then I thought better. Instead, I’ll concede the point, Mr. Publisher. On behalf of all of us here at the New Times, we applaud your wisdom and insight. Higher salaries means you get the best people to do their best work. OK, let’s test your theory.

This is an argument I can win by losing. How ’bout that raise?

Voting Themselves a Raise? 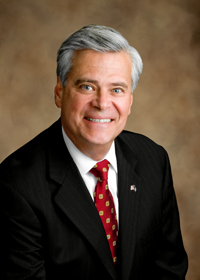 State Senate Majority Leader Dean Skelos (R-Rockville Centre) took to the airwaves Monday, Nov. 17, to ask Gov. Andrew Cuomo to convene a special session of the legislature to, among other things, pass a pay increase for the Senate and Assembly. Getting it done before the year is out would allow the increase to take effect in January, a neat maneuver that allows Albany’s elite to dodge the prohibition on giving current officeholders a raise. The governor, for his part, is likely to hold the pay increase hostage to some of his pet projects, which might include a boost to the statewide minimum wage.

Since state Sen. David Valesky (D-Oneida), a member of the Independent Democratic Caucus, will once again be in coalition with Skelos, we were wondering if he supported Skelos’ call for a pay increase. State Sen. John DeFrancisco (R-Syracuse), one of the biggest earners in the Senate, is on record supporting the hike. Valesky’s staff said he was “reserving judgment” until he saw a specific proposal. Didn’t sound like the senator, whose only outside income comes from playing the organ at his church, was ruling out taking the raise.

Rink is Under Construction in the Dome
Gas Station Pizza Was…Wanting, But We Have a Winner
To Top