The Courier Building was erected in 1844, one of five buildings or blocks of buildings still standing in Syracuse that were built before the Civil War.

James Prioletti, owner of 110 Montgomery St., would like us all to stop calling the building with the distinctive curved windows the L’Adour building. It’s the Courier Building, named for the Syracuse Daily Courier newspaper, which was printed by steam in the building from 1856 to 1905 — long before Syracuse’s one and only French restaurant opened in 2001.

The building was erected in 1844, one of five buildings or blocks of buildings still standing in Syracuse that were built before the Civil War. It was built 55 years before its neighbor, City Hall.

In 1851, Secretary of State Daniel Webster spoke from a balcony on the building, defending the Fugitive Slave Law. To disobey the law, which required all escaped slaves to be returned to their masters, was “treason,” Webster said.

Area citizens responded by freeing an escaped slave named Jerry from the custody of federal marshals.

The balcony is still there, but is not accessible.

“It’s doubtful it could support weight without major structural work,” Prioletti said. “This poor building was so neglected.”

The upper floors were largely empty, and in “pretty rough shape,” he said. The roof leaked, and fire protection was inadequate. L’Adour Restaurant Francais closed in April 2013, and Prioletti bought the tax-delinquent property Oct. 1, 2013. In February, the building was added to the National Register of Historic Places. 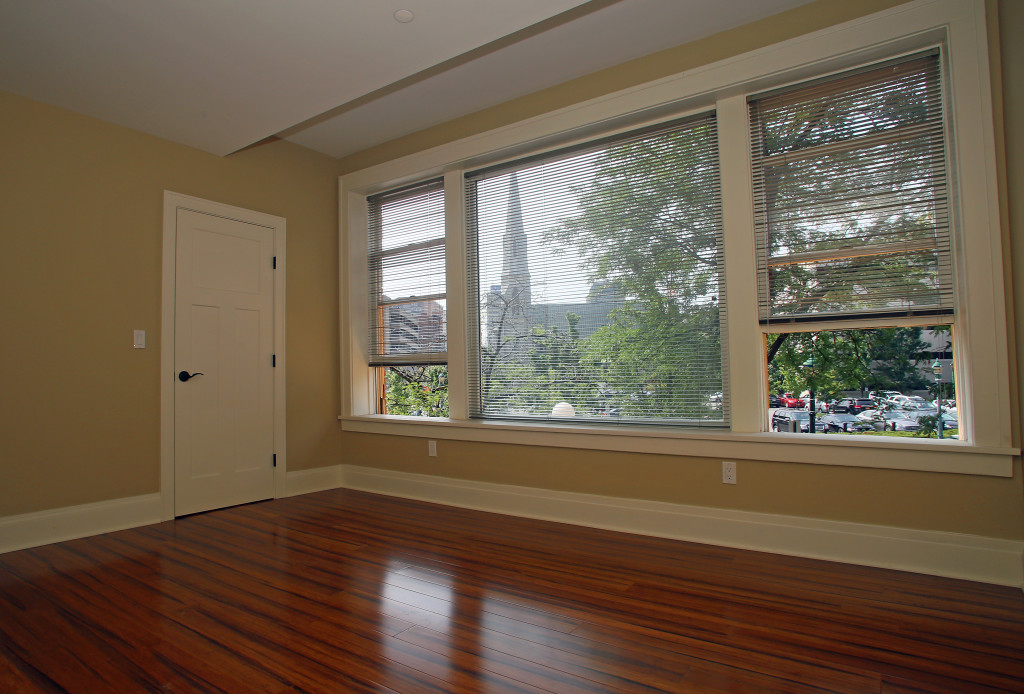 St. Paul’s Episcopal Cathedral can be seen from the bedroom of the model unit in the Courier Building.
Photo by Gloria Wright | Syracuse New Times

Prioletti, a financial advisor, will move his Ameriprise Financial Services Inc. office from the adjacent Firebarn, 106 Montgomery St., into the east side of the first floor and expand. Cafe Kubal will open a bistro with indoor and outdoor seating in the west side of the ground floor.

Cafe Kubal owner Matt Goddard said plans are for a bistro with a small platter paring menu 5 to 9 p.m.

The three top floors will have each have three one-bedroom apartments, ranging from 850 to 1,350 square feet, with monthly rents ranging from $1,000  to $2,500. Work is continuing on the building, but the apartments will be ready for tenants Sept. 1.

Eighty-five double-hung windows are being replaced with energy-efficient windows. New insulated glass is being custom-made for the building’s curved windows.

Original moldings and trim were taken down, numbered, refinished and reinstalled, a process somewhat like putting together a jigsaw puzzle, he said.

“I wanted to respect the historical character of the building,” he said. “Everything is curved or on an angle.”

Where possible, the original birch floors are being refinished. Bamboo floors were installed where the original floors couldn’t be saved.

Each apartment has its own heating and air conditioning and washer and dryer. Kitchens have stainless steel appliances, granite counters and dual-fuel stoves with gas ranges and convection ovens. Some electrical outlets have USB ports. 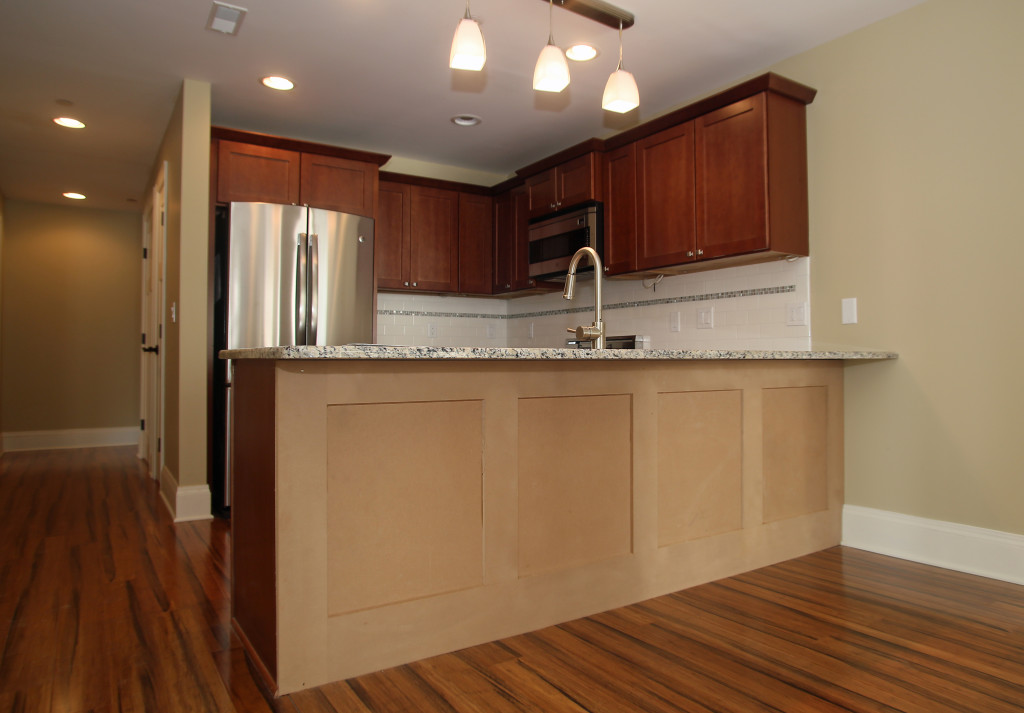 Parking across the street in the lot near KeyBank is included in the rent.

The apartments are being leased, and 15 people have expressed interest in the nine apartments, he said.

“I always wanted to own commercial real estate and have my office in it,” he said. “The excitement has exceeded the anxiety at this point.”