He’s homeless, and many people pass as if he were invisible

With the recent focus on homelessness in Syracuse, some media organizations asked people what they thought of panhandlers. New Times reporter Michelle Malia van Dalen asked homeless people about their lives in Syracuse.

Under the Interstate 690 overpass on Hiawatha Boulevard, Micheal sits with his back to the street in a disintegrating beige wicker chair flanked by two cement pillars. Old newspapers are strewn around his sneaker-clad feet. He wears a leather jacket and faded blue jeans, and his hair creeps past his shoulders, emerging from under a brown fedora. The constant din of passing traffic muffles his words, but he raises his voice over the sound. “Many of us are abandoned out here. We don’t have no parents ’cause they didn’t want us. They wanted a baby, they had a baby, they threw the baby away. It’s not my fault,” says Micheal, who chose to withhold his last name. 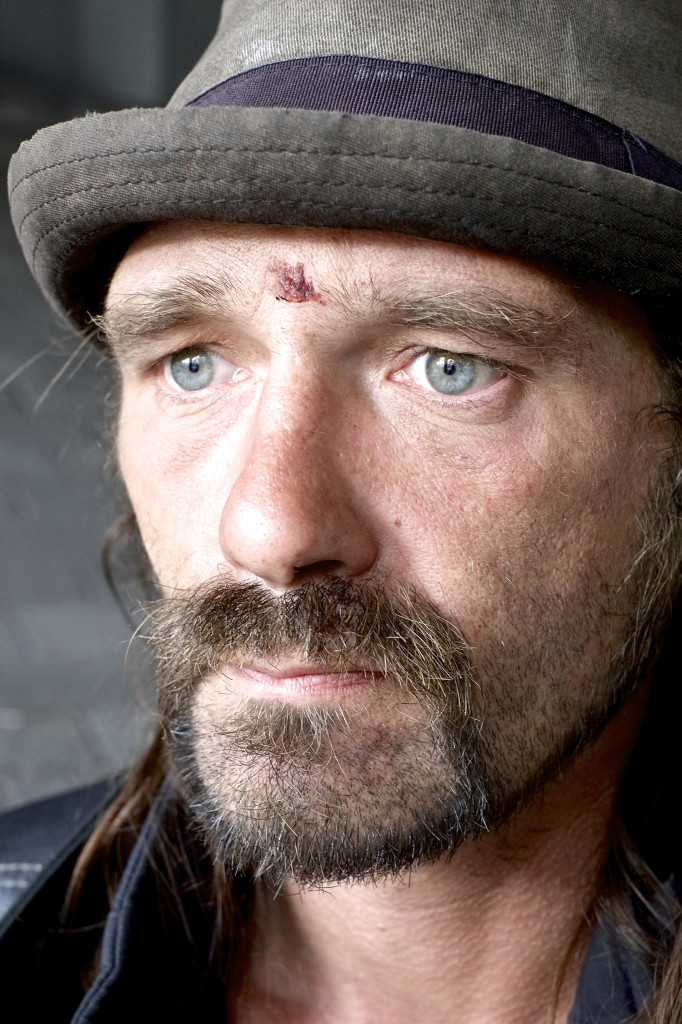 Micheal is not alone on the streets.
Michael Davis Photo | Syracuse New Times

Micheal is not alone on the streets. Every day men and women stand on street corners, passing the time under bridges and hang out near intersections until they can sleep or return to whichever homeless shelter they call home.

Organizations across the city seek to help homeless people, offering them company, food, housing and other support. Together, homeless people and organizations create their own community, one of respect and resentment, acceptance and denial, addiction and recovery.

Micheal, 49, recalls his last interaction with a local emergency aid program: Seven months ago, he awaited his appointment with a counselor at the Rescue Mission to finish paperwork that would get him an apartment.

According to Micheal, the Mission removed his name from the roster two days before the appointment because he had been at the Mission for 45 days, the maximum stay allowed. “If they would set up some housing, take us off the streets for three months, help us get our education and our IDs … Just give us a shot. They’re not giving us a chance,” he says. His voice shakes, his brow furrows.

On two nights in January, a total of 851 people slept in transitional housing or emergency shelters in Syracuse and Onondaga County, and that number excludes people like Micheal who avoid shelters and aid organizations.

In September, John Kuppermann, owner of Smith Restaurant Supply, sparked local interest in the issue when he complained that a homeless encampment near his store compromised the success of the business.

Arthur Wine, one of the men who stayed at that encampment, approached Kuppermann once he saw that his few belongings at the encampment had been removed. A few weeks later, Wine lay on a cement bench at that same intersection, at North McBride and East Water streets, under a blue sleeping bag with gingham interior. “I didn’t get nothin’ back. They burnt it,” Wine says.

Do You See This Man? What it’s like to be homeless in Syracuse
Good for Dan Maffei
To Top