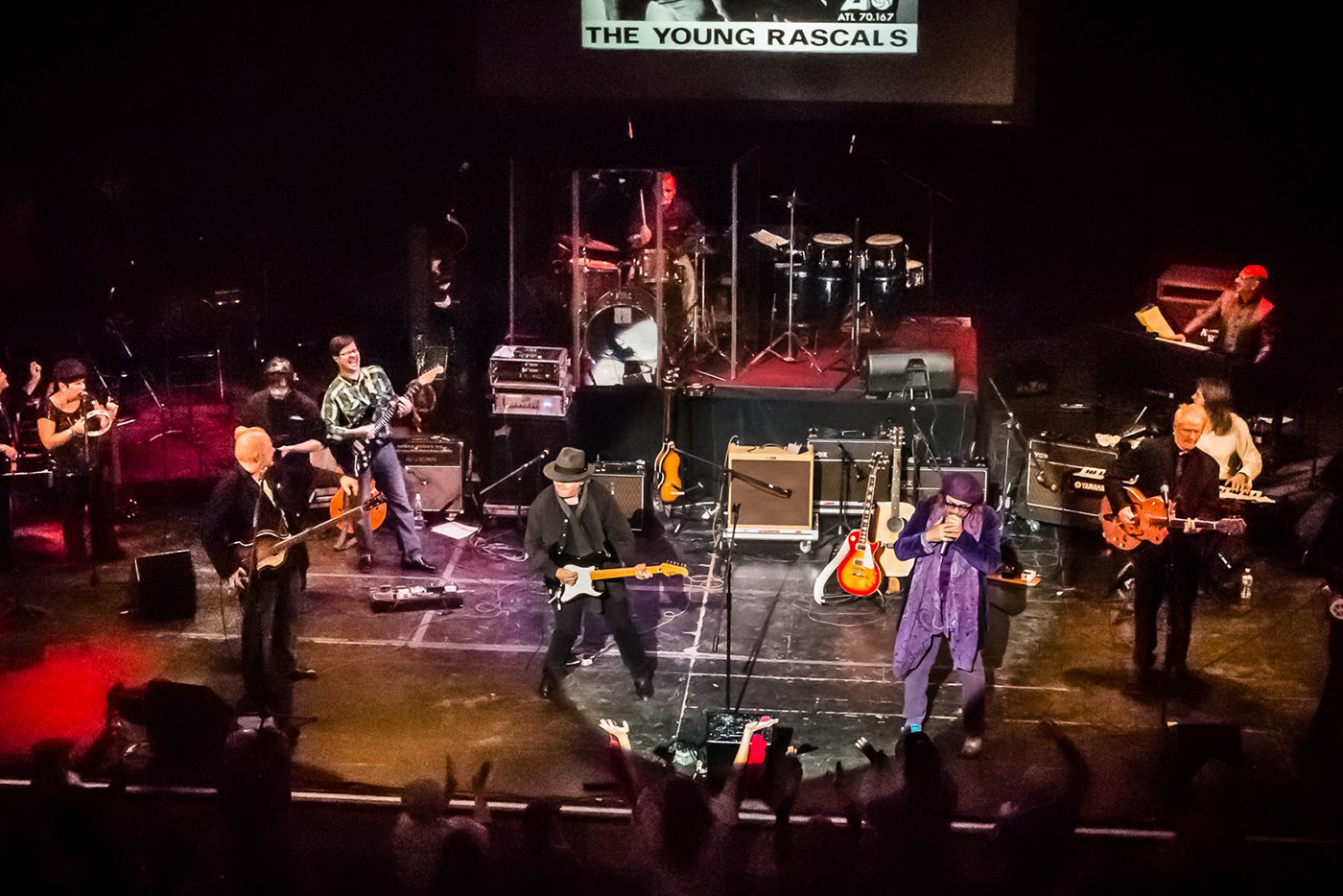 Local artists to gather at the Landmark for BeatleCUSE 3.

On Saturday, April 2, Paul Davie is reviving his BeatleCUSE tribute concert for a third installment at downtown Syracuse’s Landmark Theatre. The music festival won’t have the same old songs, but it will just as ever encourage dancing. Moving in time with The Beatles’ catalog, Davie and his crew of new, returning and special guest performers will take on the albums Rubber Soul (released December 1965) and Revolver (August 1966).

The performance follows the March 8 death of manager and “Fifth Beatle” George Martin, who was 90. David Bowie, who died Jan. 10, will also be featured in a special tribute; the musician-actor’s song “Fame” (1975) was co-written by John Lennon and Carlos Alomar. 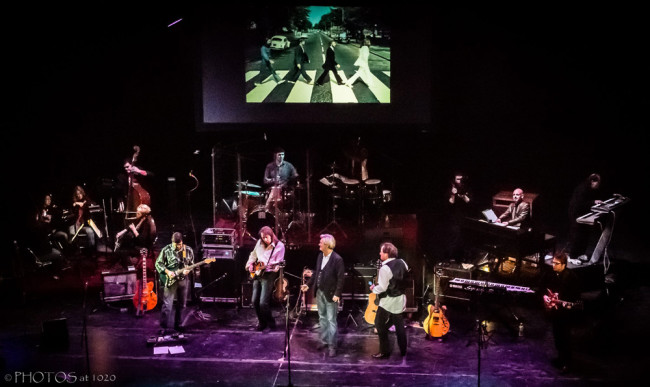 The Beach Boys’ Pet Sounds (May 1966) will also be celebrated at BeatleCUSE. One of the California band’s most iconic albums, Brian Wilson’s soul-squeezing “God Only Knows” is acclaimed for lyrics and composition, especially the inverted chords and perpetual rounds closing the song at just shy of three minutes. The song inspired Paul McCartney’s concept behind The Beatles’ Sgt. Pepper’s Lonely Hearts Club Band album (1967), and it will be performed by 19 local musicians and a string ensemble.

Sgt. Pepper (June 1967) is on Davie’s mind because BeatleCCUSE will perform songs from it in the next planned installment of the tribute series. “It’s Sgt. Pepper, after all,” he said. “We can do a show until 2020 without repeating a single song,” he added. (These would incorporate solo Beatles projects and their collaborations with other artists.)

BeatleCUSE allows musicians who have never played together before to share the stage. The seven-piece Fab Femmes, an all-female super group of Central New York musicians, will take the Landmark floorboards for the first time. Salt City Chill and The Billionaires are also blending together to form The Chillionaires. Also on the bill: Grupo Pagan, Jamie Notarthomas, Ronnie Leigh, Mark Hoffmann, Dave Porter and more.

“This show focuses on the music, not the boots-and-suits reinterpretations,” said Davie, who also performs with the moptop tribute band the Fab Five. He has assigned the songs to the musicians, who will be playing 10- to 15-minute sets, based on knowing them as individuals and from seeing live performances. They will not be trying to mimic The Beatles, but adding personal flair to each song.

“The musicians on stage are the ‘wrecking crew’ of local music. They’ve been bringing their A-game to every rehearsal since February,” he said about his talented assemblage. “More than 50 musicians participate as the framework for BeatleCUSE, and it organically comes together. It’s a spiritual thing.”

Familiar non-Syracuse faces will also join in the fun. Denny Laine, founding member of the Moody Blues and Wings, will add to the show with songs from The Magnificent Moodies (1965), including “Go Now.” The Animals’ original guitarist Hilton Valentine will wail away on his riff-heavy hits “The House of the Rising Sun” and “We Gotta Get Outta This Place.”

A portion of the concert’s sales will go to the nonprofit Carol M. Baldwin Breast Cancer Research Fund, specifically toward a grant in memory of Linda McCartney, Paul’s late wife and bandmate. Davie anticipates raising more than the $5,000 accrued during last year’s show.

Davie said that the majority of the BeatleCUSE audience will be in the 40-plus demographic range. “With the concept productions, such as Respect: Central New York Celebrates Women in Music and Vinyl Albums Live as examples, I want to help show that the music ‘scene’ is turning into more of a music community.”

Davie also has another goal with BeatleCUSE: “I’m focused on the audience. I want people to go away feeling like they have seen the greatest local live show.”

Kings of Convenience: Fresh Music Friday
A Winning Romcom With Tics and Quirks
To Top