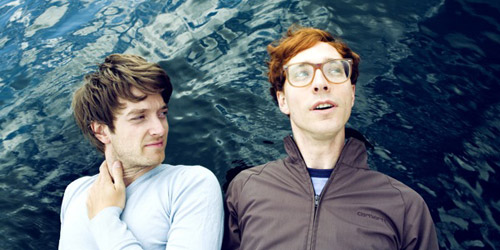 Listen to Kings of Convenience.

The duo met while attending the same primary school. They consider their first musical collaboration to be a rap song about a teacher. Their 2001 debut album, Quiet is the New Loud, was produced by Coldplay producer Ken Nelson. Since then, they’ve released a total of three albums, and continue to tour globally.

If you enjoy comparing musicians and bands, similar in ilk to “KOC” are the likes of Elliot Smith, Simon & Garfunkel, or Belle & Sebastian.

Listen to “Boat Behind” from the album Declaration of Dependence (2009):

For more Kings of Convenience:

Burger Time
UFOs in Western and Northern NY
To Top