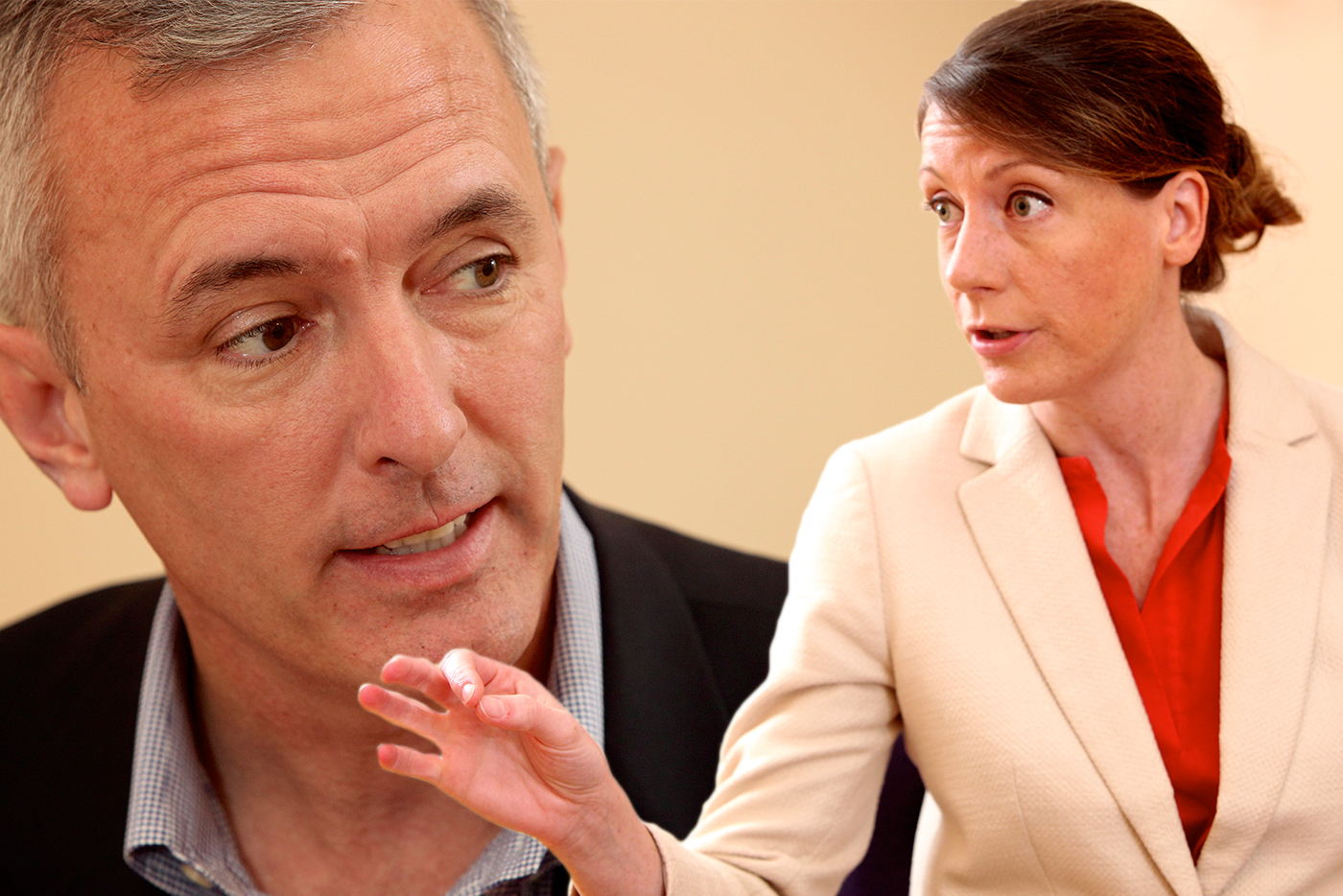 Political races once thought to be nail biters in New York state are not so anymore.

If the contest for the next president is a constant roller coaster ride, New York is its own amusement park. The races in New York’s congressional and state legislative districts has repeatedly turned us upside down, plunged us into darkness and made us just want to get off.

Races once thought to be nail biters are not so. Races thought to be locked in now get a second look. And never in recent memory has a presidential election — one that just happens to be between two New Yorkers — played such a role in the down-ballot campaigns in the state of the same name.

While several states undergo fierce battles between Senate candidates, New York’s batch of unknowns lie in the House of Representatives. As Donald Trump was all but certain to become the Republican nominee following his overwhelming victory in the New York primary and the states that soon followed, Democrats instantly saw New York as a treasure trove of House seats held by Republicans deemed vulnerable if Trump topped the ticket. Three seats that Democrats lost in 2014 — New York’s 1st district, on Long Island; 21st district, in the North Country; and 24th district; in central New York, became the prime targets.

Lee Zeldin, incumbent in the 1st district, endorsed Trump back in May and has stuck by him throughout the controversy surrounding the leaked 2005 video showing him making lewd comments about women. Though other Trump-backing candidates have suffered poll slips throughout this tumultuous season, Zeldin maintained a 15-pecentage-point lead over his Democratic challenger as of Oct. 13. The freshman congressman claimed last spring that in the general election, Trump would “annihilate” Clinton in his district. But since President Obama very narrowly won the district twice, there’s a reasonable chance Zeldin could lose. Either way, it’s bound to be close — far from an annihilation.

Elise Stefanik, incumbent in the 21st district, is the youngest woman ever elected to Congress. Her Democratic opponent, a retired Army colonel, seemed like a worthy opponent in the district home of Fort Drum. Though a partisan NRCC poll shows Stefanik with a commanding lead, conservative groups have pumped half a million dollars into her campaign — because it’s also a district Obama carried in the past.

The seat held by John Katko, elected to represent the heart of the state in 2014, was viewed early on as extremely competitive, as it is the most volatile seat in the country — flipping parties in each of the last four election cycles. As the district heavily votes Democratic in presidential elections — Obama carried it by double digits in 2012 — a sufficient anti-Trump coalition of voters could easily unseat Katko. Colleen Deacon, Katko’s opponent, has repeatedly used Trump as a stamp on the Republican Party and on Katko himself, and was recently endorsed by Obama. But Katko holds a 23-point lead, according to a Siena College poll, is popular with Democrats and recently received an endorsement from The New York Times, one of the few New York Republican congressmen to do so. Still, the district is known for surprises.

While the victor in those districts needs a collection of variables to play out just the right way for them, there are other upstate regions where there are plenty of question marks on who will come out on top. The 19th district, which covers the western Capital District and the Hudson Valley, is entrenched in a close race between Republican John Faso and Democrat Zephyr Teachout — both former gubernatorial candidates. A Sept. 27 Time Warner Cable News/Siena College poll had Faso ahead by just one point. Like the 19th, the neighboring 22nd district, covering the Mohawk Valley south to Binghamton, is a contest for a seat of a retiring incumbent. With three strong candidates seeking it, it’s near impossible to predict the outcome.

While uncertainty plagues New York’s representation in Washington, it also drips further down the ballot to what Albany will look like after Nov. 8. All seats in the State Senate and Assembly are up for grabs and Democrats are flirting with the possibility that Trump’s unpopularity in the blue state could cause the Republicans to lose their majority in the Senate — which they have held for most of the last 40 years.

If successful, Democrats would control both chambers of the Legislature and governorship. Such a prospect has even moved Gov. Andrew Cuomo to endorse and campaign for Democratic Senate candidates — depicting Republicans as the ones blocking legislative progress. “I cannot get ethics, Dream Act, campaign finance done with the Republican Senate,” he said at a recent event.

State Republicans have said Trump’s name doesn’t come up too often on their campaign trail, and argue Democratic leadership would result in higher taxes and more attention put on New York City. “The Republican majority has been pragmatic, middle of the road and problem-solving. I think voters appreciate that,” Sen. Kemp Hannon, of Long Island, told The Associated Press.

But it wasn’t that long ago when it was believed that Trump could help down-ballot state GOP candidates and even put New York in play at the presidential level. After the Republican convention when Trump saw a bump in the polls, Westchester County GOP Chairman Doug Colety, a delegate, said, “We haven’t gotten the convention polling models together yet, but everything that we’re hearing on the street indicates and points to Donald Trump being good for us at the top of the ticket.”

I said it was a roller coaster, right? While we know for sure that Hillary Clinton will win New York’s 29 electoral votes, the internal competition in the state is extremely difficult to foresee.

With Election Day just a week away, there is still a lot of debate, rallying, fundraising and perhaps more surprises to come. We don’t know what’s going to happen tomorrow or the next day. We don’t know who’s going to turn out to vote and who isn’t. We don’t know who will win this race and lose that one. There are a lot of maybes and what-ifs. But we do know that this election is going to be very consequential to the direction of New York and the country for years to come.

So, What Happens After the Election?
The Disclosure President
To Top