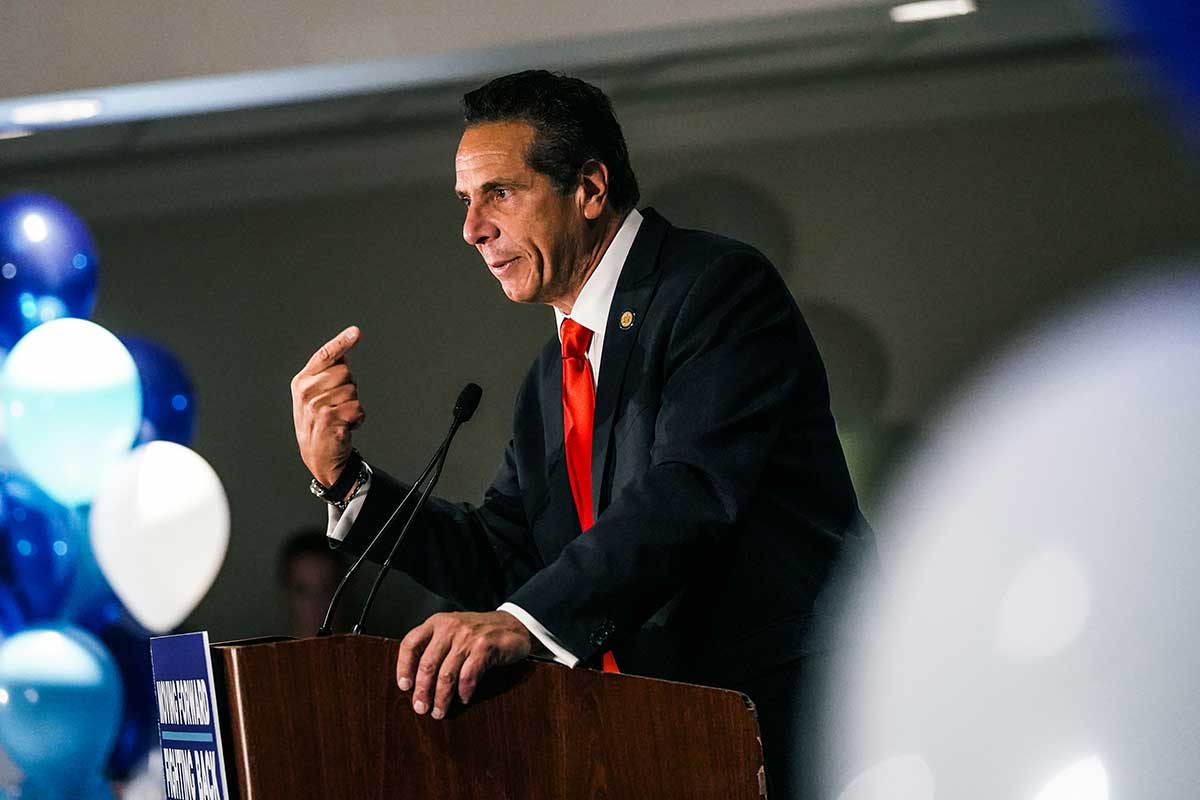 It’s been just seven months since New York Gov. Andrew Cuomo sailed to a third term as chief executive of the Empire State. And he’s all but ready to run again in 2022. Cuomo said in a radio interview recently that he fully intends to make a bid for an unprecedented fourth term as governor. That feat was only made once in the state’s entire history by Nelson Rockefeller, and that was one feat his father Mario failed to accomplish.

“I believe I’m doing good things,” Cuomo said. “And I believe I know how to do this and it gives me a personal sense of satisfaction to believe that at the end of the day, with all the nastiness in the world and all the politics in the world and the critics and the naysayers and the negativity, I know what I got done. And we have a lot going on now, and I would like to do it for as long as the people of the state of New York believe I am a positive.”

But despite his easy cruise to victory last fall, a Siena College poll released last week provided some very interesting context to what may be in store for Cuomo’s future. The poll of statewide voters gave Cuomo a 52 percent to 42 percent favorability rating, the highest since March 2018. Be that as it may, it appears voters are much less enthusiastic about a Cuomo fourth term than he is.

But 65 percent of suburban voters also balked at a potential fourth term. And while reliably blue New York City voters still believed he should run again, it was a narrow plurality of 49 percent to 46 percent. Indeed, only 48 percent to 45 percent of statewide Democratic voters said they would back his re-election.

Those are pretty stark numbers for someone who recently beat Republican Marc Molinaro by 23 points. So does that mean Cuomo faces certain doom in three years or that he will change his mind and bow out?

Third terms are historically tough for New York governors. Father Mario Cuomo, blamed for his response to an economic recession and positions on heated issues like the death penalty, was bested by George Pataki in 1994 in his quest for a fourth term.

But this is not the 1990s. And politics, especially New York politics, is not determined by mathematics. Andrew Cuomo is the Mitch Mc- Connell of governors: Nobody really likes him or runs to the polls to vote for him, yet he will get easily re-elected time after time.

Unless something catastrophic happens between now and 2022, Cuomo can be governor more or less as long as he wants to be. He governs a state where registered Democrats outnumber Republicans 2-to-1 and where he continuously loses almost every county north of Westchester but can still win the state overwhelmingly.

The two primary challenges he has faced — Zephyr Teachout in 2014 and Cynthia Nixon in 2018 — were enough to make Cuomo squirm a tad but never posed a serious threat. He also has the full-fledged backing of the state’s establishment Democratic leaders and donor class and is able to basically handpick Cuomo-esque figures for positions like attorney general.

For their part, the state’s Republican Party is out of power at every level of state government and hasn’t won a statewide office since 2002. Constantly in the minority means there’s little room for anyone to emerge as a capturing figure to effectively take on Cuomo in a general election, resorting to a never-ending cycle of “sacrificial lamb” nominees, as they have come to be called, who have no chance of winning.

The GOP is also currently distracted by a transition of leadership. Chairman Ed Cox steps down after a decade in that position, and the party will spend the next few months and years battling internally whether to maintain a moderate stance or take a more Trumpian position on policy.

So while Cuomo almost constantly maintains a barely above-water favorability rating, a wide enthusiasm gap, heightened upstate resistance and a strong majority of the state doesn’t want him to run again. Yet you’d be silly not to put money on him running and winning in three years — and maybe even running again in 2026.

The only role mathematics will have is not in poll numbers or voter turnout, just the number of terms he actually serves.