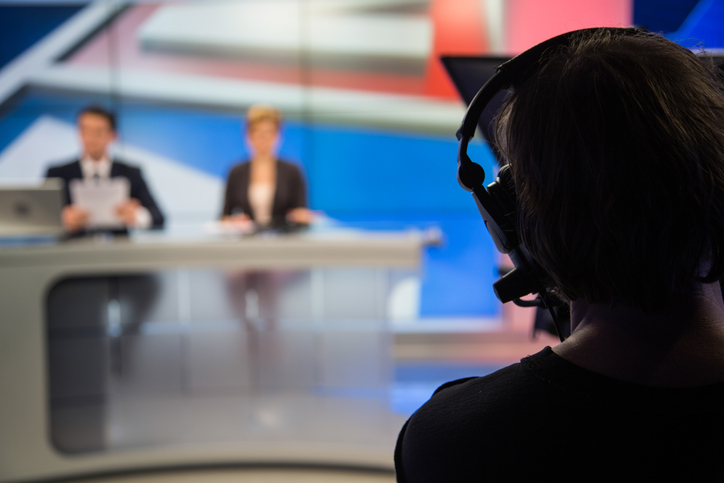 People ask me all the time why the government won’t come clean about UFOs and perhaps the ET presence. After all, based on a 2012 National Geographic poll, 80 percent of Americans think the government is not being square with the American people.

After the Dec. 16, 2017, New York Times and Politico revelation that the Pentagon had a formal program for monitoring UFOs with regard to military bases and fleet operations, the story took the news media by storm. There was a major news cycle about the Pentagon effort, the congressional folks who got them the money and the videos that were released.

A lot of UFO disclosure activists hailed Dec. 16 as the starting point for a new era of openness and expected an information avalanche about all things UFO. It just didn’t happen.

I’m still waiting for the offices of New York’s U.S. senators, Charles Schumer and Kirsten Gillibrand, to answer my correspondence. It has been more than a year.

But the real problem with UFO and ET disclosure in America is with the Fourth Estate, a.k.a. the Media.

The talking heads on some of America’s most popular daytime programs and news talk networks were unprepared for that Dec. 16 story. They seemed to be at a loss to discuss the topic intelligently, as they stumbled for words to express their thoughts. Most of them were barely grasping the context and implications.

Most defaulted to “Little Green Talk.” When asked their opinion whether there was alien life, more than a dozen news hosts either said “no” or simply took the safe ground with comments like, “Oh, I suspect there is bacterial life out there somewhere.” Nobody on any of these programs wanted to be the newsperson who believes in little green men.

But there is another very painful and telling reality: News producers and their on-camera broadcasters really didn’t want to talk about the UFO subject beyond the immediate story about the Pentagon’s Advanced Aviation Threat Identification Program (AATIP).

On May 30, The Washington Post published a story with the headline: “UFOs are suddenly a serious news story. You can thank the guy from Blink-182 for that.”

A week or so later on June 5 my New York Skies blog featured the headline, “Close encounters with UFOs are getting harder to find.” In that article, I pointed out that after crunching 2016 and 2017 sightings data, UFO sightings are falling off for some unexplained reason.

On June 6, Fox News picked up on the article and gave it an even broader readership. I was encouraged that perhaps some regional media outlets would be as open-minded.

After crunching the new 2016 and 2017 sighting numbers, I decided to see if UFOs were a hot news story at the local level. In the new data, New York state had moved from the sixth position to fourth in the United States for UFO sighting reports. Now that’s newsworthy. I have also cleaned up the data to the point that I can drill down to any state and county to reveal the local municipalities within that county.

So who knew that Buffalo and Erie County both ranked No. 3 within New York state? Erie County was also in the Top 100 counties for UFO sightings of more than 3,000 counties in the United States. I pitched this newsworthy story to Buffalo’s ABC affiliate WKBW, as well as the NBC affiliate WGRZ and their Fox outlet WUTV. I was met with silence.

Rochester turned out to be the No. 4 city in New York state and Monroe County ranked No. 5. Monroe also ranked nationally in the Top 100 counties. I pitched the idea to the news director at ABC affiliate WHAM; he snickered and said he’d present it to his editorial team. Silence. I reached out to WUHF and presented a similar pitch. Silence.

A UFO research colleague gave me a contact at Albany’s Fox affiliate, where I reached out to that newsroom. Silence. Albany is the No. 7 city in New York, while Albany County ranks No. 13.

I pitched to Binghamton’s CBS affiliate WBNG. Silence. I spoke to a newsroom person at Fox affiliate WICZ and made my pitch about the standings of Binghamton (ranked No. 9) and Broome County (16). I was asked to email them the facts of the pitch. Silence.

At one television station, I took a different approach. I called the marketing and sales department and explained the significant demographics related to audience interest, especially with Sweeps Week coming up. I suggested that a locally flavored UFO story would be excellent for the ratings. The nice marketing lady was interested and had their news team call me. When I gave them the same pitch, I was greeted with silence.

I had a better reception with Syracuse’s regional ABC affiliate WSYR and with the news team at Charter Communications on Spectrum Cable. Syracuse is No. 5 in the state and Onondaga County is No. 8 in the state for sightings as well as in the top 200 of more than 3,000 national counties.

So, if you are not hearing about UFOs from your local television or radio news team, it’s because they either all bought into the notion that UFOs are the topic matter of kooks and crackpots. The other consideration is stigma: None of them wants to do a story where they might be labeled as “that UFO news director or news reporter.”

Nevertheless, two-thirds of Americans (220 million) think the government is not being honest with its citizens with regard to UFOs and the ET presence.