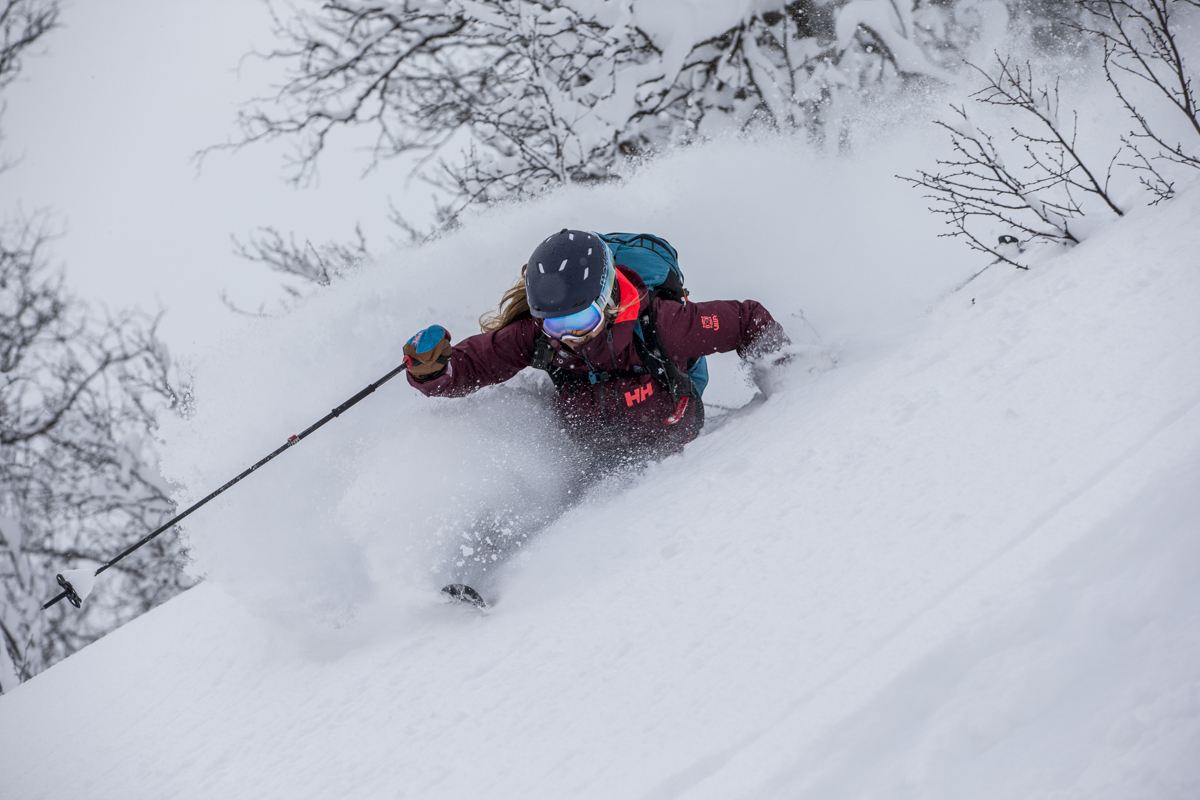 You know winter is right around the corner when a new Warren Miller Enterprises ski spectacular visits the movie theaters. And just like clockwork comes Line of Descent, another entertaining blend of skiers and snowboarders as they schuss down slopes in a picturesque globetrotting travelogue. The movie screens Tuesday, Nov. 21, 7:30 p.m., at the Landmark Theatre, 362 S. Salina St. Admission is $18; call (315) 475-7979 for details.

Olympic ski champ Jonny Moseley again serves as narrator, as he brings his mellifluous deejay-styled voice to the microphone. He also revealed some tidbits about these productions in a recent telephone interview.

When did you start working on the Warren Miller movies?

I started narrating the movies with Children of Winter in 2008, and I skied in the films as an athlete four times before that. About 10 years ago they were looking for someone to take over the narration, so I read a couple pages in the booth and everyone was on pins and needles. But I was super-tight, and afterward they opened the door and in came a six-pack of beer and we’ve been goin’ ever since.

I have met Warren, but not enough times. I’ve been trying to get up to Yellowstone and ski with him but it hasn’t happened yet.

During publicity for last year’s Warren Miller movie, athlete Chris Anthony mentioned that because digital cameras have replaced film cameras, it now means that skiers have to ski even more so the film-makers can get more footage.

That’s interesting! The cameramen are such incessant perfectionists, and they really make these movies. They’re in better shape than we are, they work harder, they’re carrying the equipment, and they’re used to working long hours. They always want one more shot, or to do it from another angle. So when you don’t have to reload a film camera, we get to
ski more and wait around less.

What was the first Warren Miller movie that you saw?

As a 10-year-old I think it was Steep and Deep (1985), with skier Scot Schmidt in his heyday, as he was jumping off stuff. After that, I said “I want to be in a Warren Miller movie,” and it really is a dream come true for me. I was more fascinated with being in ski movies that I was being in the Olympics.

What is the approach to creating these movies? Do they begin the next project right after the last one? Or is there some interconnective plan similar to the one used in the Marvel Comics superhero movies?

Every year they have more of a master design, but in the end it’s all in flux, because it’s not like shooting a real movie with a plot. The weather conditions can change, or you can have a bad season; a producer can work on a segment for years before it can come to fruition. We try to come up with a theme to tie it together, but it’s up to the guys in the field to create an existing story. The best plans tend to get abandoned when you’re out there, so sometimes you have to be flexible. Climate change is certainly an issue in what we’re doing in these movies and in the ski industry.

Obviously, Downhill Racer (1969, with Robert Redford) is a classic, and the James Bond flick (1969’s On Her Majesty’s Secret Service) with the bobsled track. Aspen Extreme (1993) is my all-time favorite. I ended up getting on the World Cup tour and my roommate was Jim Moran, who did all the stunts like the 360 Iron Cross in that movie, and I learned that from him. And it ended up being the move that I won with at the 1998 Winter Olympics. SNT