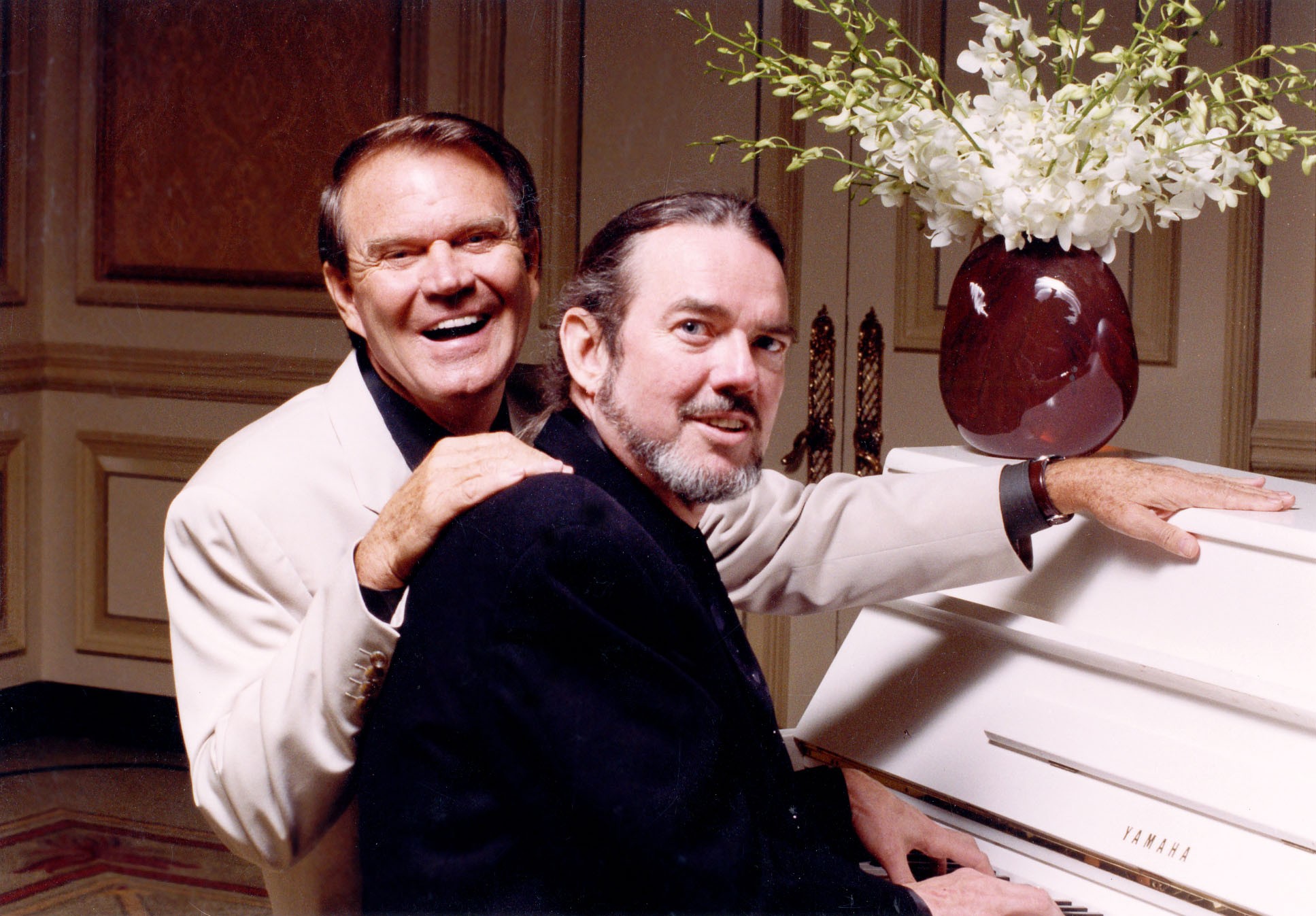 Jimmy Webb has been a force in music since 1965. He’s the only artist to have won Grammy Awards in music, lyrics and orchestration. Webb is also the youngest member to have been inducted into the Songwriters Hall of Fame, and he has worked with artists spanning Art Garfunkel to Linda Ronstadt to Barbra Streisand to Kanye West.

On Saturday, Nov. 18, 7:30 p.m., the songwriter will recall his partnership with another music legend, as “Jimmy Webb: The Glen Campbell Years” will take place at Eastwood’s Palace Theatre, 2384 James St. Tickets are $35, available at brownpapertickets.com and at (800) 838-3006. For more information, visit jimmywebb.com and glencampbell.com.

Campbell was an American singer, guitarist, songwriter, TV host and occasional actor (1969’s True Grit opposite John Wayne) who released more than 70 albums during his 50-year music career. The show offers a mix of songs, stories, music videos, virtual duets and other multimedia flourishes to depict his musical brotherhood with Campbell, who died Aug. 8 at age 81.

Webb was first introduced to Campbell at age 14. It was 1961 and “Turn Around, Look at Me” was on the radio. Webb was listening to the song while plowing wheat fields and got so distracted he ran over the farmer’s flower beds.

“I decided right then and there I wanted to write a song for Glen Campbell,” Webb says. “I got down on my knees — my father was a Baptist minister — and I said, ‘Let me write for Glen Campbell and let him record one of my songs.’ The chances of that happening were astronomical, or rather the chances against that happening were astronomical. But somehow or another, that prayer was heard.”

A few years later Campbell had two major singles, both penned by Webb: “By the Time I Get to Phoenix” in 1967 and “Wichita Lineman” the following year.

“It was a friendship that lasted 50 years,” Webb recalls. “We had families, both big, with lots of kids. We just did the stuff that friends do. But we also performed a great deal together. Sometimes with orchestras and sometimes just the two of us. He became one of the key figures in the story of my life.”

It seemed like an unlikely pairing from the outset. While Campbell was conservative, Webb found himself “on the other side of the fence. I had a bandana on, jeans, I must have looked like a homeless person. He’d say, ‘When are ya gonna get a haircut?’”

Webb has collaborated with a hefty list of country and pop music royalty, writing some songs for artists, but more often writing songs that he simply hoped would resonate with a listener. “I wrote ‘Wichita Lineman’ for Glen, but it’s one of the few times I wrote for someone else,” he says. “I really continue to write songs in a highly personal way and cross my fingers and hope somebody wants to do it.”

“I’m a song title guy,” he says. “I believe in three-, four- or five-word phrases. You begin with ‘By the Time I Get to Phoenix’ and it’s a song title that immediately suggests the context of the song itself. It’s the first line of the song, it engages the listener. They’re locked in. Who is this guy? Why is he going? You begin to fill the story in and that’s what keeps the listener connected to the song.

“My style is novelistic, detailed. I draw the audience into my problem or my world and hope that they feel like ‘I’ve felt that before, I just didn’t know how to say it.’ A songwriter’s job is to articulate these feelings. When you do that well, then quite often you find out you have a hit song.”

But in “The Glen Campbell Years,” Webb emphasizes that the evening is about recognizing a great American talent. “People should come to the show because it illuminates one of the great American masters of music,” he says. “And it does so in different ways and perspectives. It’s fun. I think people will really enjoy it.” SNT