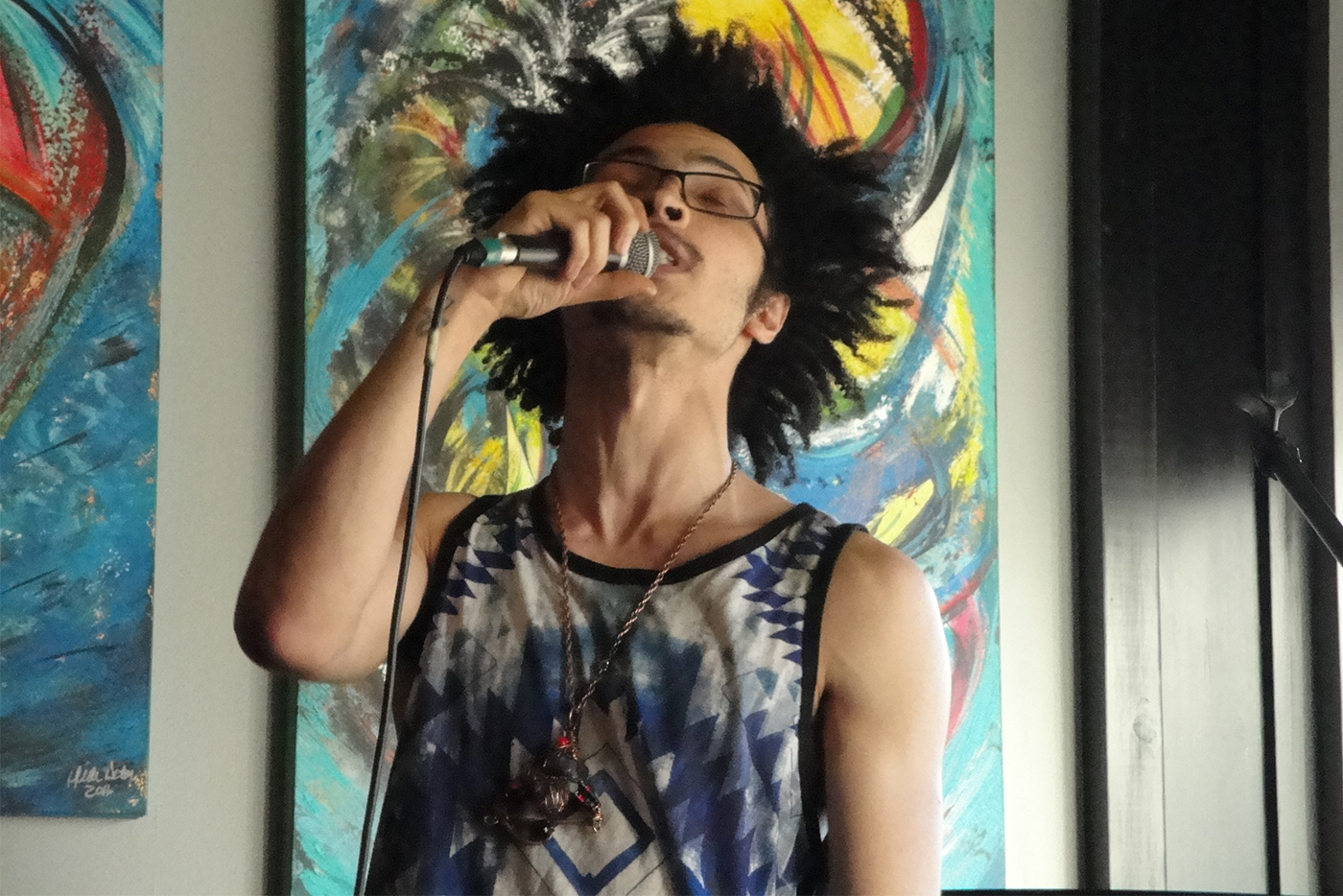 The Palace Theatre’s first open mic was an all-around success.

When I arrived at the Palace Theater on James Street for its first ever open mic night on Monday, June 26, I saw a large crowd of uncomfortable people. Performers were clustered with the people they had arrived with, or buried in their phones with guitars cradled between their legs.

The Palace, which has had a loyal following for decades, had done well advertising the inauguration of what would hopefully become a weekly tradition, but nobody knew exactly what the tradition would become.

Open mics are volatile, and a new one is vulnerable to contamination from which it might never recover. It doesn’t take much for a reputation to form. A mean-spirited host, a few too many instances of cringe-inducing stand up. The worst open mics have a transactional quality. I get a chance to perform, and you all have to watch because you’re waiting to perform, too. Acts move along on a conveyor belt of self-promotion with no one listening, no one laughing, and no one in the audience by the final act save the host and the bartender. It’s not until a community has formed around an event, until some “regulars” have been cultivated, that an open mic can shine.

The first couple of acts fell prey to the specter of awkwardness. The attention of the audience was illusory and applause was merely polite, despite the best efforts of Evan Bujold, the charismatic host and front man of the band Late Earth.

The attitude shifted seismically, however, when Lauren Galant, a Floridian with neon pink Doc Martens and an enormous Grand Ole Opry-style guitar took the mic. She picked out confident, old-time country licks, chewed her words like corn nuts and surprised the hell out of everybody. Her originals were solid, powerful and satisfying; like pounding a nail. Jake Marshall of Late Earth later told her that it was the first open mic performance he had seen in a long time where the entire room shut up.

After Galant’s performance, a breath was released in the cafe that had been held since the beginning of the night. The audience rested easy, ready to listen. “Alright,” they seemed to say. “So this is what we’re going to see.” 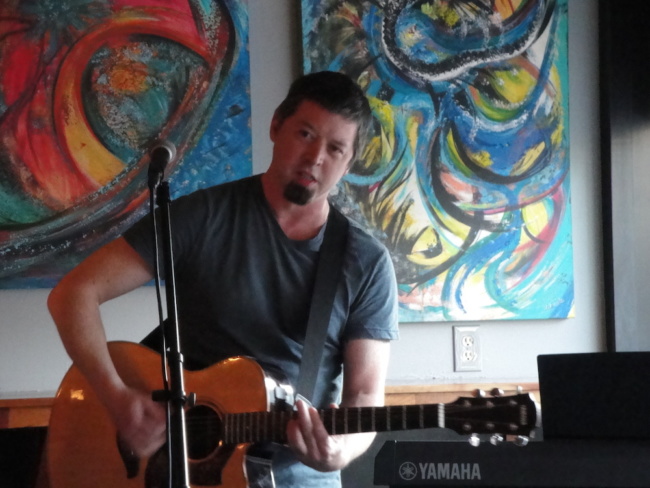 Andrew Halliday followed Galant with a subtly rich and internally complex bluegrass style. Aaron John went up a bit later, a wispy young man whose stormy, dynamic music sweeps to the far corners of any room he plays in. The technical gremlins that inevitably accompany any new venture were handled with good will. When Abra, a rapper and half of local hip-hop group Wi$e Gui$e, had trouble with his pre-recorded tracks, the problem was handled quickly for him to perform an impressive, if brief detour from the soloist-with-guitar theme that dominated the set list.

By the time Bujold took the stage with Marshall for an acoustic Late Earth set, he was looking at an audience transformed. Musicians were swapping contact info for future jam sessions. Strangers were sitting together, in part to meet, and in part due to a lack of space in the cozy cafe. Everyone was drumming their fingers and nodding their heads. Dennis Alexander, a venerable Eastwood native in a Hawaiian shirt began riffing along on the harmonica from his table, much to the delight of the duo. The night had become what open mics are at their best: An opportunity for artists to share in their passions. A place for artists to create new things together.

After Late Earth and Alexander, the tone was set. Bea, a young woman with a pop sweet-voice, a camo jacket and command of the audience invited Eric Opett of the Douglas Mason Band and Kris Heels, guitar virtuoso and bartender for the night, to help perform her originals — totally unrehearsed. Opett was invited onstage again by Cait Devin, who also brought up Alexander and his harmonica to improvise to her dark, bluesy sound. Alexander played along with all the acts until he and his buddies took off. He never signed up for his own set.

By the end of the night, the crowd had thinned, but the room was far from empty for the final act. Run For Cover, a group of high school-age boys, was the only full band of the night and played tight covers of early rock and roll and jazz with precision. The night ended after four hours and 45 minutes of nothing but music, with a winded but pleasantly surprised staff.

It’s a rare thing to see a community form from nothing. It’s a rare thing to see generations of musicians playing together, organically and without conflict. Audience and performers alike came in with nothing to expect and left with a place to come back to. It was a privilege to see the look on each person’s face when that realization clicked. I don’t know what made the inaugural open mic at the Palace Theater work. Maybe it was Evan Bujold’s energetic hosting. Maybe it was the respect demanded by an almost 100-year-old venue. Maybe it was just a coincidence. Whatever it was, I think the people who attended will be back next week, and so will I. The Palace Theater Open Mic has got its regulars. I look forward to seeing what they’ll do next.

Grey’s Anatomy
Boogie Low Kicks Out The Jams
To Top