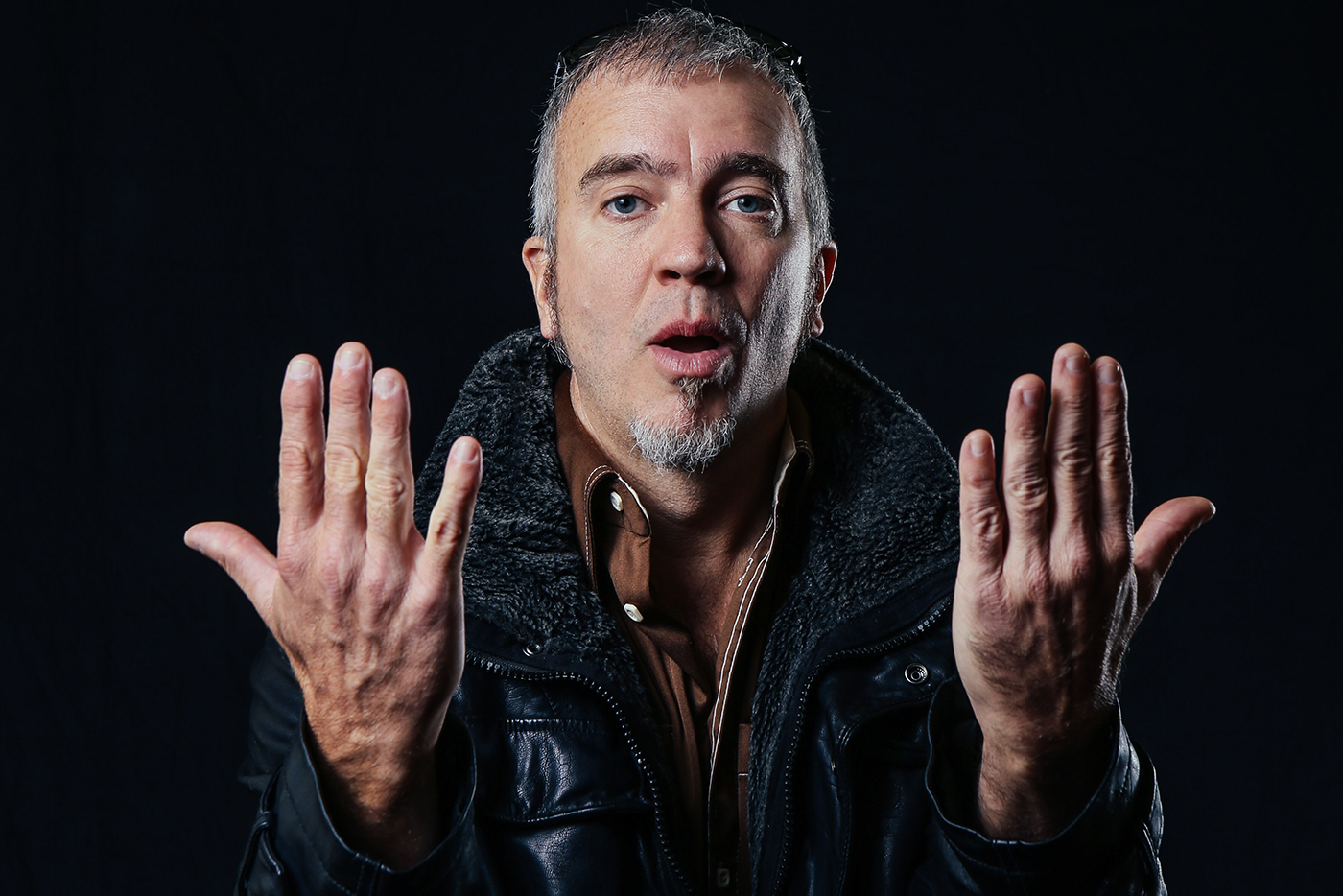 The New York State Blues Festival will celebrate its 25th anniversary on Friday, July 7, and Saturday, July 8, with two days of free music events at downtown’s Clinton Square. The fest, which started in 1992, took pauses in 2010 and 2013, but came back strong and seeks to continue the tradition with this year’s acts including The Nighthawks, Amy Helm, Chris O’Leary Band, Slam Allen and more.

The festival’s closing show provides a strong example of the continuing Southern blues rock tradition with JJ Grey and Mofro. The Jacksonville, Fla., band came up the hard way starting in the mid-1990s, as Mofro, with years of day jobs and touring before finding greater success with the 2007 release of Country Ghetto on Alligator Records. “The Sun is Shining Down” was featured on the third season’s finale of the Netflix series House of Cards and the 2008 LP Orange Blossom continued the band’s growth. Since then, the band has released The Choice Cuts (2009), Georgia Warhorse (2010), Brighter Days (2011), This River (2013) and Ol’ Glory (2015).

Grey says the next album is on the horizon. “I just got out of the studio yesterday,” he said in a phone interview with the Syracuse New Times from his 26-acre Jacksonville farm. “I’m just getting started.”

Grey, now 49, discussed his philosophy on music, his connection to the late Gregg Allman and his temperamental rooster, all with a sense of humor, yet also with a sincerity that comes through vividly in his music.

Where are you right now?

I’m on my farm. It’s full of pecan trees. It used to have 60,000 chickens in the houses. My grandparents got out of the business, thankfully. It’s tough on people their age. I have 15 chickens now, or used to. Bobcats, eagles, hawks, all kinds of stuff are trying to get at them. I love chickens. Here, it’s one part chicken paradise and one park Jurassic Park.

Any other animals around?

My rooster. He’s a good rooster. He was gonna start with me, but he walked off. If I was here every day, he’d settle in with me. But I’m in and out. I’m not here all the time. Everything is automated for the chicken house. It can run itself for days. Solar doors let him in and out.

What got you started in music?

I never really gave it a whole lot of thought. It just kind of happened. I compare it to a salmon swimming upstream. What’s going on in my life is me swimming: I have to go in that direction. I feel compelled to do it. It’s not something I’ve ever had a choice in, in a wonderful way.

When did you decide it’s what you wanted to do for a living?

It happened over a period of time. At first, you just don’t want to look like an idiot. You want to look cool when you first do it as a kid. Then, time goes on and you start being you and you stop being who you thought you should be, without effort. Your idea of how good or bad you thought you did that night starts to fall away and you just want to share a moment with the audience and yourself. I really enjoy it.

When did you start touring full time?

I started singing in bars when I was 17 and touring full time around 2001. It was a struggle at first. I worked at the lumberyard, too. I would go on the road and go right back to work. I wouldn’t have been able to do it without them allowing me the time off.

When did you quit the lumberyard to pursue music full time?

Probably around 2005, 2006. The first four years of touring I slept four hours a night perpetually. But I never even thought about it like that (relief upon quitting the lumberyard). I still come home and go to work. There’s always something, like whatever’s broken on the farm.

My house got flooded in the hurricane in October. They made me lift my house. There were five inches of water in it and it’s sitting up in the air right now, so I’m figuring stuff out. It’s no big deal. It is what it is. But there’s always something.

You never felt relief upon quitting the day job?

So what is your goal with your music?

The most I can hope for is it will lead to a place, for me, where I can share an honest moment with an audience. You start to become so in your own skin for a few hours at a show, that it starts to permeate the rest of your life. You’re living these moments, not once in a while or only on stage. You try to live in the zone all the time, where things flow and move a lot easier, to a pace that’s enjoyable.

As far as I’m concerned, speed and time, they’re abstractions. They’re things that fluctuate depending on who’s experiencing them and the frame of mind you’re in. Take that into perspective. Reality isn’t as real as we’re led to believe coming up.

How does that translate into your live show?

I just go where the microphone takes me. We all go together. I tried to be an entertainer years ago. I wasn’t any good at it. Honestly, it was boring to me. Some people are really good at it and blow you away. They suspend reality for a while. I was never good at it.

Honesty was always the best policy for me. So I try to be as honest as I can. I reckon I’m about half-honest. It’s not always easy to let go of the nonsense and let it all be what it is.

Can you tell me about your experiences with Gregg Allman?

Gregg did a lot for me over the years. I played shows with the Allman Brothers and with Gregg himself. He’s a character. He’s awesome.

Now Derek (Trucks, nephew of Butch Trucks, the late Allman Brothers Band drummer who performed at the 2016 Blues Fest) and Susan (Tedeschi) have assumed the mantel of the Southeast music mafia. They’re at the top of the family now. I wouldn’t have been able to do what I’ve done without all of them. It’s a family, incestuous in a great way, and I’m happy to be part of it. Families fight each other and love each other, but they’ve all helped me tremendously and Gregg was at the pinnacle of that.

What is most important for people to remember about Gregg?

I don’t need to add anything to that. Everybody knows what he was. Dude had soul. His brother (Duane) had soul. Those guys, there’s nothing I can add to who they are. They’re heroes and great people. I was fortunate enough to meet a lot of them. It’s been a great thing to meet these people and learn from them. They’re all down to earth and cool.

One music promoter said that it’s a crucial time for music to bring people together. How do you feel about that?

I go out there and travel a lot and meet lots of people. Friends and families of mine have different perspectives of the world, and it’s a great thing.

I truly don’t find that we are as ultra-divided as the news media paints. There are always people who are extreme, whatever direction they’re coming from. People build an identity and ideology and they feel threatened because they’re tied to that. But with an identity, you can change your mind about things.

If I’m JJ Grey and I’m a singer, if I lose my voice, am I still a singer? All those things are just thoughts. And the craziness they show on TV, the handful of people doing and saying crazy things, makes the world appear to be so divided, but it’s miniscule compared to the 300 million living in the country. You can be politically divided, one red, one blue, but have 99.99999 percent in common.

So things aren’t as bad as they seem?

People think things aren’t as good, but they are. They’re as good as they’ll get a chance to be. Don’t get me wrong: Someone will get their ass beat tonight, drunk at a bar in Jacksonville, but do we all need to tune into that and develop an opinion on that? Whether someone’s drunk on booze or drunk on power? I’m not much of a political-stand person. I’m not much about government, but I am about people. The more attention we give the bad, the worse it is.

What do you want to tell people who are seeing you for the first time?

What advice do you have for up-and-coming musicians?

It’s almost cliché, but just do what you’re doing. Don’t get caught up in the idea of thinking this should be this way or that way. That’s what kills most bands: Young guys or girls going out there thinking they’ll be big, partying, people screaming. No, this shit’s work!

I compare it to Michael Jordan. He doesn’t think out every step. He goes in, puts in the work, and then lets go and lets it happen. If you’re beating your head against the wall, you’re either wasting your time or you shouldn’t be doing it.

And never make a decision based in fear. It’s the wrong decision no matter what. Let go of the fear and go with your gut.[snt]