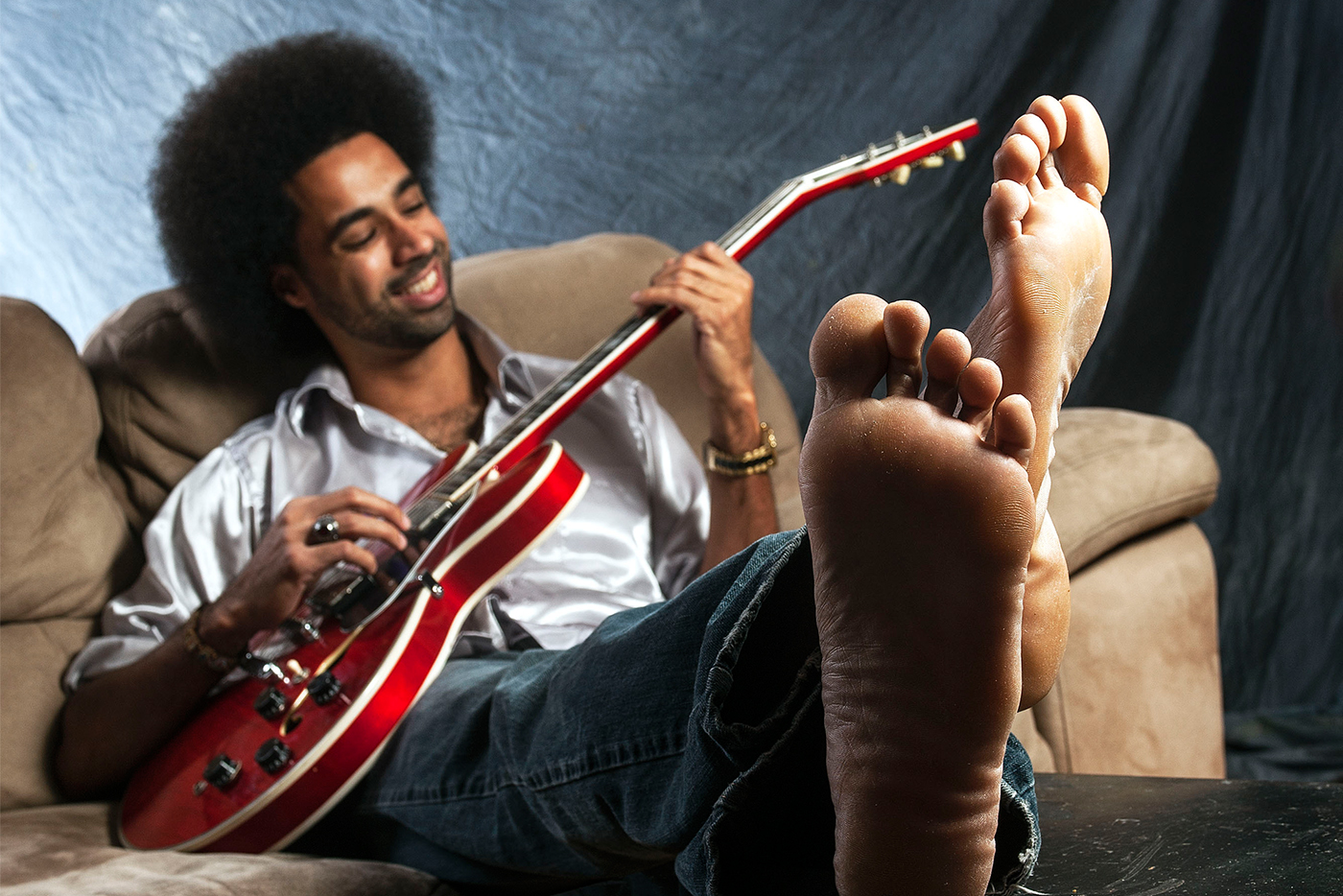 At 32 years old and four albums deep, Selwyn Birchwood has found his sound.

Selwyn Birchwood first picked up the guitar at age 12, then was almost ready to put it down by age 16 — until blues and rock’n’roll saved his soul.

“I got hold of a Jimi Hendrix record and I got blown away,” he says. “It was unlike anything I’d ever heard. I wanted to know where he got his influence and ideas to write what sounded like alien music to me. It was the old blues guys: Elmore James, Muddy Waters, Buddy Guy. I heard that and found the sound I’d been looking for.”

In 2013 Birchwood was a Blues Foundation International Blues Challenge award-winner and also named the Albert King Guitarist of the Year. Currently on tour in support of his latest disc on Alligator Records, Pick Your Poison, Birchwood will stop at Pulaski’s Kallet Theater, 4842 N. Jefferson St., on Saturday, June 3, 8 p.m. Tickets range from $20 to $35. For more information, visit kallettheater.com.

Birchwood grew up in Orlando but moved to Tampa when he realized he was driving three or four hours every weekend to see different bands. “Tampa had a much more active blues scene,” he says.

The guitar-slinger immersed himself in the music, buying records by Buddy Guy, John Lee Hooker, Albert Collins and other blues staples. “When I was learning, I didn’t have YouTube or other instruction,” says the 32-year-old musician. “I was forced to do it the old-school way and learn from records. I’m happy I learned that way rather than by watching people and taking lessons. It makes you sound more robotic, I think.”

Birchwood and his band maintained a following throughout Florida, but weren’t known much beyond the Sunshine State until after their huge 2013 wins. “It’s still surreal to think about now,” he says. “People knew us in Florida and we did some festivals and touring outside of the state, but most didn’t know us outside of there very well. That (award) was like a catapult to get people’s eyes and ears on us. People were more willing to listen to us when it was Selwyn Birchwood, Blues Foundation International Blues Challenge award-winner, rather than Selwyn Birchwood, some guy from Florida.”

Winning the competition was not an easy feat, however. “It’s another thing to actually see people with a pen and paper judging you,” he says. “It’s hard to put yourself on the chopping block.”

The guitarist has released four albums to date, including 2014’s Don’t Call No Ambulance, also on Alligator.

“I’m working on trying to find our own sound,” he says. “It (Pick Your Poison) really does that. It’s the older blues sound that I love so much, but it puts my own personality and story to it. That’s when music becomes relatable.”

The CD’s 13 tracks were written and produced by Birchwood, showing his depth when it comes to musical understanding and production value. His gruff voice is all real and no show, while his guitar style varies from that front-porch old-blues vibe on “Guilty Pleasures” to absolute rippers like “Trial By Fire.” Grooves are deep on “Haunted” and funky on the title track.

Coming in at 6-foot-3 with a huge Afro, Birchwood is known for pushing the boundaries of the blues, especially in his concerts. “There’s nothing else I’d rather be doing than playing and performing,” he says. “We try to convey that to the audience with every show. When you see us, you see a band that is just as happy to see you as you are to see us.”

His old-soul perspective is apparent when he talks about the blues, his respect for tradition and the foundation laid by the forefathers of the genre. But Birchwood is also happy to see that love of the blues is far from dead.

“I know there’s enthusiasm for it,” he says. “There are blues lovers all over the world. But personally, I feel I’d like to see more people writing music. It becomes a paint-by-numbers when you’re just covering the songs that Muddy Waters or Howlin’ Wolf did. It makes it a little disingenuous when you just play other people’s music. I want to hear people tell their stories. That’s what drew me to it all in the first place.”

“Just get ready to work. A lot of times people want things handed to them. I can’t think of any job where people just hand you things. Regardless of the talent you may or may not possess, you have to get out there and work to get it.”