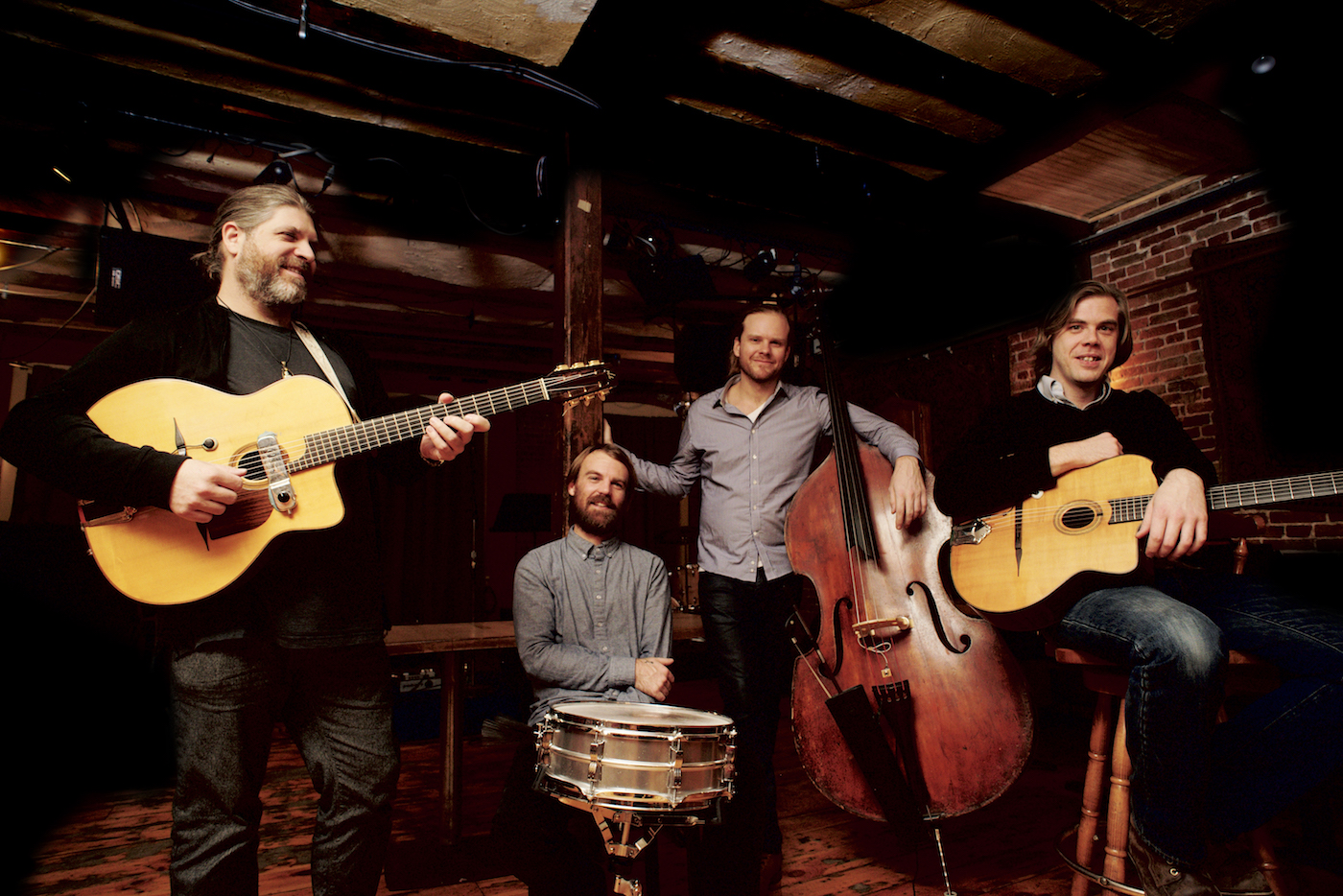 Guitarist Stephane Wrembel speaks on his love of touring and his new album’s theme.

Stephane Wrembel is a guitarist’s guitarist, a musician’s musician, and he’s back on the road again.

“Touring is amazing,” Wrembel said during an afternoon phone interview that preceded his April 2 gig in Madison, Wisc. “I love meeting new people and seeing new places. In a way, it’s always new and it’s the same. It’s natural for us as human beings to be nomadic. It’s good to have a base, but when I’m on the road, I feel like I’m running faster than the devil.”

The well-spoken Frenchman, who now calls the East Coast home, has been praised for his song “Bistro Fada,” which highlighted the soundtrack to Woody Allen’s Midnight in Paris, as well as contributing to the director’s film Vicky Cristina Barcelona. He has also recorded a live album in Rochester.

His recent double-album release, The Django Experiment I and II, highlights the music of gypsy jazz guitarist Django Reinhardt. The 24-song track list features renditions of the late Belgian-born guitarist’s music and works from similar composers as well as Wrembel’s original pieces.

Incidentally, Wrembel has high praise for the Nelson Odeon. “It’s really an incredible venue. The owner, Jeff (Schoenfeld), is a real music lover. He turned a barn into a music venue. He runs his business out of love and that makes a huge difference, as opposed to a place where a guy makes a shitload of money.”

“It’s an amazing American-barn vibe that’s very hard to find. It’s solid wood, there’s a stage. It’s, how can I say, so made for acoustic music. Plus, there is always a good crowd there, and the people are really awesome, very into music. It’s warm and loving, just amazing every time we come. We’ll keep on coming.”

Is there a particular reason why you’re paying homage to Django Reinhardt?

Django is the grandmaster of guitar. I’m from Fontainebleau (France), where he was based. When I became serious about playing the guitar, there was a moment where I knew I had to play some Django. It was a given, something I felt I had to do.

I began studying with the gypsies and going to their campsites to study with those masters. It helped me get deep into Django’s music. It became my foundation. And once you start playing that music, it’s all you want to play. Hence the term “gypsy jazz.”

It could be similar to being a cover band, like a Beatles band. I don’t want to be perceived as a cover band. I like to compose and perform my own music, but once in a great while, I like to pay tribute to the master. We will perform his songs, but we’ll have our touch in it.

Once a year we put on the Django a Gogo festival. It took place this year at Carnegie Hall on March 3. There are lots of musicians who participate, including Al Di Meola, Stochelo Rosenberg and Larry Keel. It’s very big, plus a weeklong music camp. It’s one way to pay tribute to Reinhardt and to recording.

Was there a specific approach to recording these albums?

There is a way to play Django, but it’s a little bit different. It’s conveying the organic approach. I told the guys we were getting a studio for a few days, and we were going to record whatever we want, and do it however we want. We were going to have a good time. In the end, if we have anything, it’ll be an album. We had 24 tracks, so two albums. I didn’t want to get too fancy with the mixes, and wanted to get close to the live sound.

You held a guitar workshop last year at the Nelson Odeon. Does that fit into your touring often?

It’s something I do on occasion. I won’t be holding one this time, but maybe next year.

Your music is very intricate. How do you continue to challenge yourself composing and performing?

It’s like you’re always at the beginning. It depends on the person. Externally, you progress, but within yourself you don’t; you’re just emotion.

It’s like reading philosophy, choosing to read Plato. When you start reading, your mind begins to expand and you’re progressing. You think Plato is everything, but then you discover Kant and Schopenhauer. Expansion does not stop.

What music are you currently listening to?

It’s a mix of a lot of different things. I listen to a lot of classical music: Mozart, Chopin, Debussy. I’ve always enjoyed world music, like Middle Eastern and Indian music. But I listen to, of course, Django, Pink Floyd and Frank Zappa. I love Frank Zappa’s playing. He’s my guitar hero. Everything from the 1990s on, I feel disconnected from.

What can people expect from your Nelson Odeon show?

My band is made up of in-demand New York City-based musicians. It’s going to be an explosive show. There is a New York voodoo, a New York energy. And we push ourselves to our limits every show. It will be a mix of music, including a few Django songs, but mostly my songs. It’ll be a show with music you can’t put into one category or another.

People are going to hear something new, something different, but not bizarre. And we travel in the worlds of dreams and imagination. We want to take you on a journey.

In regard to imagination, do books that you have read inspire you?

It’s not like I’m going to read a book and write a song about that book. I believe the human experience is irrational. This is why we are creative. This is why our personality comes out. The irrational part of the human being is the biggest part and the most important. The rational mind is an illusion, except when it comes to doing business.

Music and literature are things that blend inside a human being, and you don’t know why or how. Plato said we’re living in a world of ideas. We are trapped in our world of ideas. We’re human beings. You’re not going to read something and start doing things in that particular way. Enjoy it and let it transform you.