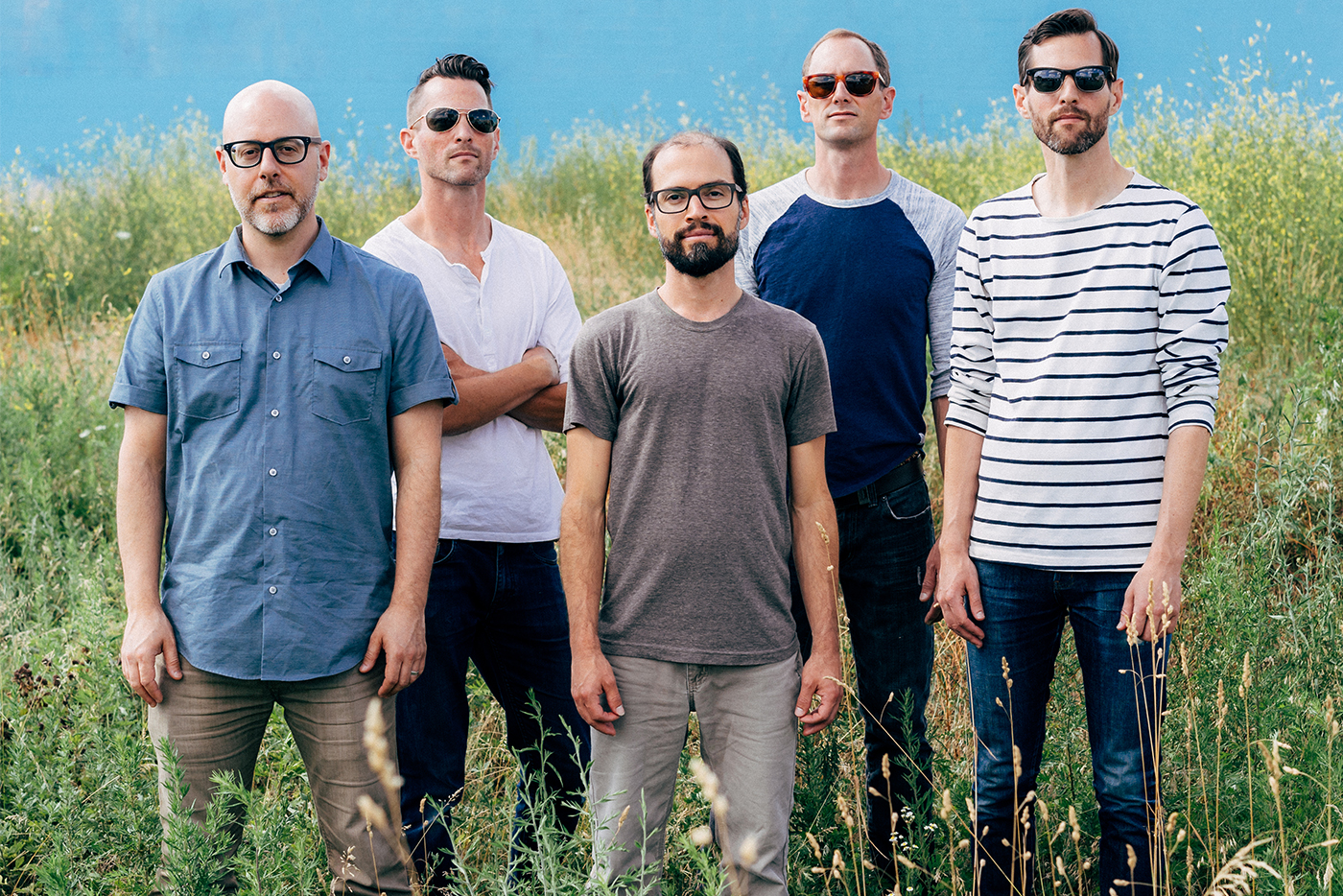 Instrumental band Lotus finds its voice on “Eat the Light.”

Although known primarily as an instrumental band, Lotus broke their own rules with their latest release, Eat the Light. It’s their first disc to keep vocals on every track. But bassist Jesse Miller says there’s more to it than that.

“It’s funny to me when people say, ‘It doesn’t sound like Lotus with the vocals,’” he says. “But to me, it absolutely sounds like what our live band sounds like. Other records we’ve done more getting away from the live sound, bringing in horns or strings or extra overdubs. With this, we followed the live instrumentation, but with vocals.”

Songwriters Jesse and Luke Miller ensured that the vocals fit into the music like any other instrument. “It is a challenge,” Jesse Miller notes. “I think of lyric writing very similar to how I think of writing an instrumental part. The sound of the syllables is the most important part. I would sing lyrics over and over on bike rides and walks until I had all the syllables in the right place.”

Lotus will perform tracks from their new album when they visit the Syracuse Regional Market’s F-Shed, 2100 Park St., on Friday, April 7, 7:30 p.m. (Tickets are $25 to $55. For more information, visit lotusvibes.com or thefshed.com.) Although they won’t have a lead singer, audiences can still expect the lyrics heard on the ambitious album. Jesse Miller triggers them, as well as many other audio samples, as he plays bass.

“Like anyone else who plays two things at once live, it has to become one thing,” Miller says. “Sometimes I get really anxious, but luckily the band is really on point. If I do screw up, they’ll cover up as best as they can.”

Lotus formed in 1999 at Goshen College in Indiana. Miller studied music composition after a childhood full of piano lessons, then took up bass. After graduating from Goshen in 2002, he wanted to continue writing music for Lotus, as the band toured throughout college and afterward.

“We would get jobs for landscaping because we could be gone for four days and still have a job when we got back,” he says. “And when we would tour, we would pick up independent house painting gigs to make ends meet. But we started bringing in enough to devote all our time to music around 2008 and 2009. Unless you can put 100 percent of your energy into it, you don’t feel like you’re following any project through to the end. Any piece of art takes a lot of time to say, ‘This is done.’ Any time taken away from that is kind of wasted.”

Lotus released Vibes in 2002, followed by a dozen more albums through 2016. Eat the Light is a collection of songs written over three years. Although the Millers came up with more than two albums’ worth of material, they narrowed it to 10 songs, then thought about singers to match with the tracks.

“The idea wasn’t to pick a person and write something for their voice,” Miller says. “We wrote them first and then thought of friends who would fit them well.”

Friends like Johnny Fissinger of Damn Right, Mutlu Onaral and Oriel Poole help bring those words to life. Miller hopes fans will take the time to listen to the album and appreciate the different sound.

“Sometimes people ignore albums in our jam band world,” he says. “They put them after the live show, but they’re just as important. We spend tons of time working on them. If people haven’t heard (Eat the Light), I encourage them to check it out. It’s an album to be judged on its own merits. This album is very dance-y, very fun. I’m super-proud of it.”

Miller says the band has come a long way since their college beginnings. “We played a moe.down beer tent and it was very disorganized,” he remembers. “The difference between something on that stage and later on is just more attention being paid, whether it’s by the crowd or the people behind the scenes. But you’ve got to go through those smaller stages to get to the bigger ones.”

Lotus returns to Syracuse annually, a testament to their strong fan base here. “I think we were the second show at the F-Shed,” Miller says. “It’s definitely a little weird at the Regional Market, but it doesn’t have to be Red Rocks to still be a really good time. It’s awesome that we’ve had the following in Syracuse that allows us to play big shows.”

“There’s a lot of things that make music, or really any art, a difficult thing to pursue as a career. It’s tough to make money. You can be really amazing at what you do and it doesn’t mean you get the break or things add up. You need to make sure you put the art first and anything after that as secondary. To play music full time, you don’t need to be a touring musician. You can teach, do other things. My advice is follow the art. Put all you want to put into it. Don’t expect the world: Take anything else that comes with it as a bonus.”