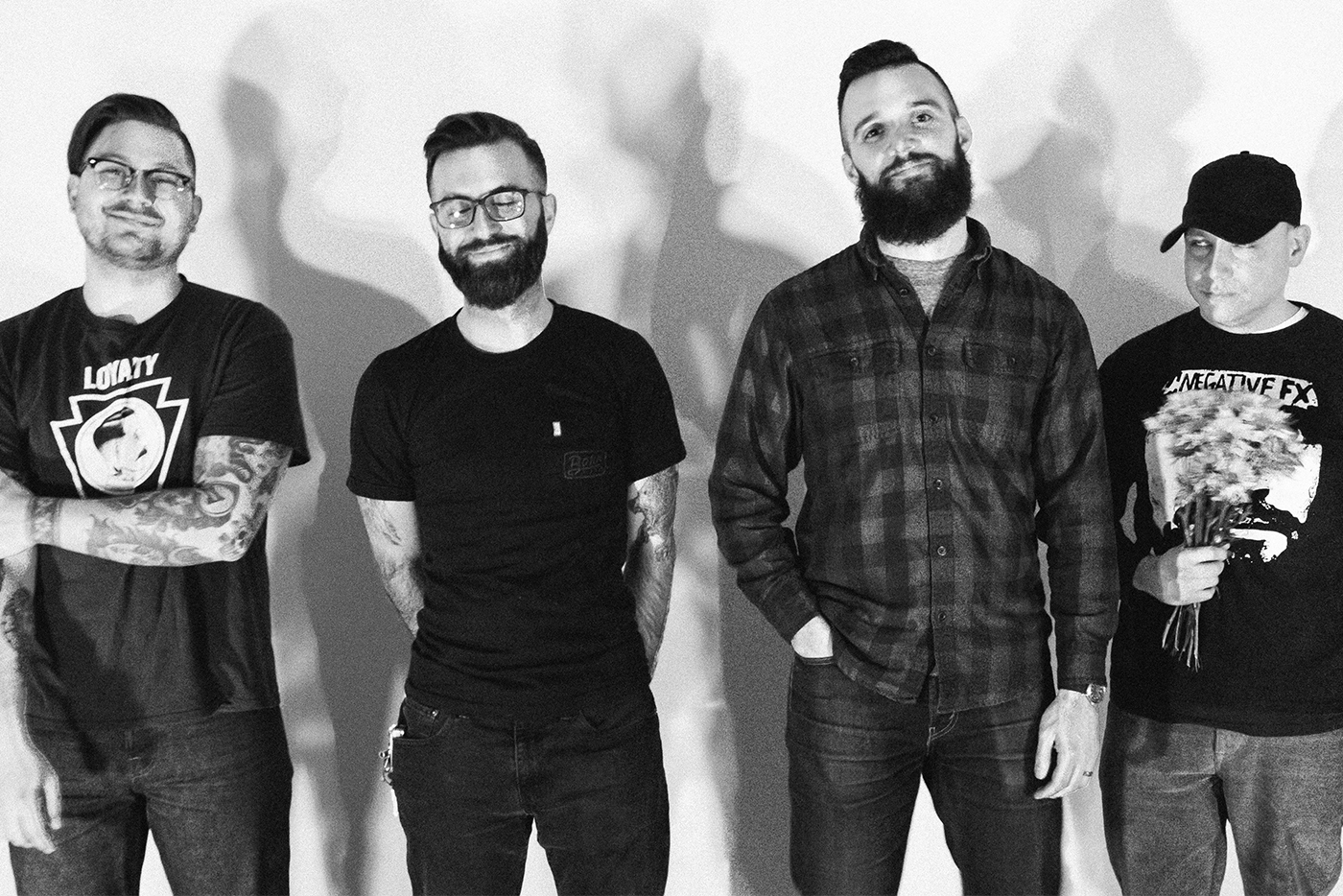 The band Trench labels itself “a noisy, melodic four-piece from Syracuse,” an accurate self-portrayal. Their song “Seaweed” is a capture of that sound: ambient, but still rock, heavy yet airy.

The “Seaweed” video is one of the more striking works to emerge from the local music scene. Not only does it show the band playing through fog, mist and soft lights, but the main character falls into an icy lake at the end, performing the role with unbelievable ease.

“I wanted the video to be timeless,” says singer, songwriter and guitarist Chris Reilly. “I didn’t want buildings or cars. And I wanted someone who fit the look.”

That look was supplied by actress Anita Monica, who portrays the main character in the video. The song, one born from Reilly’s interpretation of Albert Camus’ The Plague, is dark and ominous. Without even hearing the words, it’s apparent the song is diving into deep and dark themes. Add the visuals shot by Josh Waldby of Arvest Pictures, and the combination is powerful.

The concept was developed by Reilly and his wife, Mariah. They planned to shoot the video last fall, but it ended up getting delayed until late January. It makes the work all the more powerful, especially when Monica walks on frozen ground with bare feet.

Since the Camus book, and subsequent song, are about the Plague, the idea is that she is having a fever dream, made apparent in the last few seconds of the video. It comes to a climax when Monica falls into a frozen lake, somehow maintaining an unaffected, dreamlike expression.

“She fell back into the water (at Green Lakes State Park) and I had my boots off,” Reilly recalls. “I was ready to jump in if need be. But she just swam back, got out and sat in the warm car. It was a freezing cold day and the wind was just brutal. There wasn’t snow, but it was negative (degrees). I was in jeans, long johns and a jacket and she was in a nightgown. I don’t know if anyone else would have been able to do that scene as well as she did. She was very calm. It was a one-shot kind of thing.”

Monica captured the juxtaposition of beauty and cruelty that Reilly was attempting to achieve. “It depends how you look at it,” he says. “Some might say the scene of her falling into the water is dark or suicidal. Others might say it’s a beautiful release. That’s how I want it: It’s up to the viewer to decide.”

The video, released Feb. 17, has since been viewed more than 22,000 times on Facebook. “Our music is very important to us,” Reilly says. “The visual is, I feel, important, too.”

Reilly emphasizes this is true not only for the video, but also for their stage shows. “We try to make our live set visually appealing,” he says. “We want it to be an experience. There’s a lot more to the sound than just the audio. We wanted our music video to capture that as well.”

Reilly started as a solo artist in 2014. He’d grown up around music; his father John was a guitarist, sax player, singer and songwriter. “I didn’t know other people did this for a long time,” he says. “I only heard my dad’s music until I was an adolescent.”

Reilly played in original bands spanning pop punk and hardcore throughout his teen years, then started Trench in late 2014. When he posted a flyer looking for musicians at Gorham Brothers Music, he quickly received phone calls.

“The bands I listed as a rough reference, not a lot of people listen to here,” he says. “I was surprised that I got a call just hours later.”

The band, which also features Bob Becerra, Jon Zella and Glenn Goudreau, released their debut EP Sun-Soaked last year. The group has played throughout Canada and the Northeast, with plans to tour during 2017 alongside No Sun, a Salt Lake City outfit. Reilly also plans on releasing another EP or full-length album within the year.

“I don’t want to tell people what to think or how to feel,” he says. “I think everyone needs to find their own personal truth and this is my attempt through music. For me, personally, the overarching idea of the song (‘Seaweed’) is that life can be incredibly beautiful. At the same time, you can’t ignore the cruelty and suffering that exists. To me, that’s the human condition and it needs to be confronted directly.”

Check out the video here: