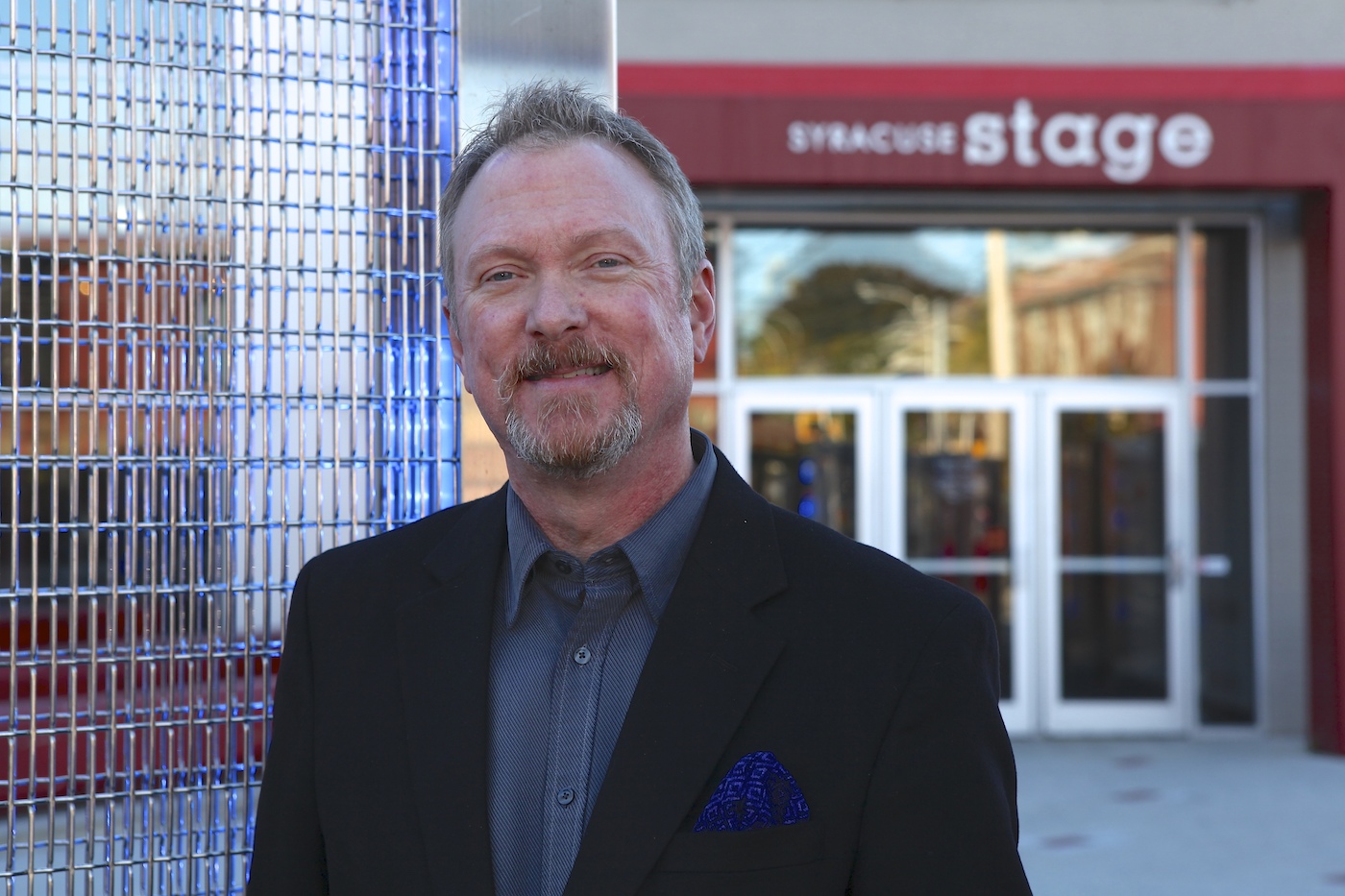 Syracuse Stage artistic director Robert Hupp will be his own man. Arriving in town in July 2016, he is just now launching his own picks for the upcoming 2017-2018 season.

Admittedly, he will go with two highly familiar works, The Wizard of Oz and Raisin in the Sun, at least three of his other items will take audiences to new places. Two productions are musicals, the holiday co-production (of course), but the other is the arch and somewhat challenging Next to Normal.

Hupp’s predecessors — Arthur Storch from Broadway, Robert Moss from off-Broadway and Timothy Bond from the Oregon Shakespeare Festival — would not likely have gone with the same roster. Hupp, emigrating here from the LORT (League of Regional Theaters) citadel in Little Rock, Ark., looks to Chicago’s Goodman Theatre and the Bartel Theatre in Abingden, Va., for new ideas.

After 44 years of putting things together, Syracuse Stage has developed a programming rhythm that was not shaped by any one of Hupp’s predecessors. The opener should be an hors d’oeuvre that heightens the appetite and is not too filling. Two months later comes the holiday co-production with the Syracuse University Drama Department, the biggest box office of the year that has to be family-friendly and familiar. January is the risk slot, the time to take the biggest chance when many subscribers are in the Sun Belt. And the upbeat season closer makes people want to subscribe for next year.

There is no greater boys’ adventure novel than Alexander Dumas’ The Three Musketeers (Sept. 20-Oct. 8), adapted by Catherine Bush. Prolific, Canadian-born Bush now lives in Virginia and has also written for children’s theater. This version, co-produced with SU Drama, promises to be bubbly fun featuring Athos, Porthos, Aramis and D’Artagnan, with many players doubling up in supporting roles, disregarding gender. Not to be confused with the version by Peter Slaby that packed houses at Ontario’s Stratford Festival in 2013, the Bush version opened at the Barter Theatre in Abingden two years ago.

Next comes the Tony Award-winning The Curious Incident of the Dog in the Night-Time (Oct. 25-Nov. 12). Mark Haddon’s much-loved but quirky novel about 15-year old Christopher, wrongly accused of killing a neighbor’s dog, appeared in 2003. Afflicted with something like autism, Christopher is very bright but does not report events as the rest of us would. Simon Stephens adapted the book for the National Theatre in London in 2012. This co-production with Indiana Repertory Theatre is directed by Risa Brainin.

Stage versions of The Wizard of Oz (Nov. 29-Dec. 31) always follow the landmark 1939 film rather than the original L. Frank Baum books. Almost every American citizen has committed at least 50 percent of the movie’s lines to memory, although imaginative directors have demonstrated that those words carry more weight than we originally thought. The last holiday production of The Wizard of Oz was a well-received Robert Moss-Anthony Salatino collaboration 14 years ago. This new one has a book adaptation by John Kane and choreography by the New York City-based outfit 2 Ring Circus, which promises Cirque du Soleil-like acrobatics. Newly arrived director Donna Drake will lead a cast of professionals and SU Drama students.

The second musical, Tom Kitt and Brian Yorkey’s rock-themed Next to Normal (Jan. 17-Feb. 4), falls into the “risk slot,” probably because it is about a woman losing her mind. Although her dread is never shrugged off, Normal has many moments of endearing if mordant humor, which has won it a Pulitzer Prize as well as enthusiastic audiences for two previous local productions. It’s certainly a departure for Syracuse Stage, but Robert Hupp, who will direct, appears strongly committed to it. Anthony Salatino will choreograph the show, with Brian Cimmet as music director.

Much-favored director Timothy Douglas, a specialist in African-American dramas (Blues for an Alabama Sky, Jitney, Gem of the Ocean), has his work cut out for him with Lorraine Hansberry’s 1959 drama Raisin in the Sun (Feb. 21-March 11). The drama about the Younger family fighting for dignity in Chicago’s hostile suburbs has been assigned reading for two generations and is so well known that Bruce Norris retold the narrative from a different point of view in his prize-winning Clybourne Park. For some reason, racial bigotry has staged a resurgence in recent months, and the battle for dignity and respect never goes out of date.

Closing the season is an unknown work of considerable promise. Andrew Hinderaker’s The Magic Play (April 25-May 13) caused quite a stir when it opened at Chicago’s Goodman Theatre last November, with Brett Schneider featured and Halena Kays directing. What we will see here, co-produced with Portland Center Stage, unites the Chicago lead and director. Action blurs the lines between a magician’s sleight-of-hand and a three-person drama, featuring a conflict with a father and a breakup with a lover.

New this season is an initiative known as Cold Read: A Winter Festival of New Plays (Feb. 8-11). Developed and curated by associate artistic director Kyle Bass, Cold Read will showcase new works and works-in-progress by some of the “freshest voices” writing for the theater today. One unnamed playwright will participate in a moderated discussion. Some events will also be free.