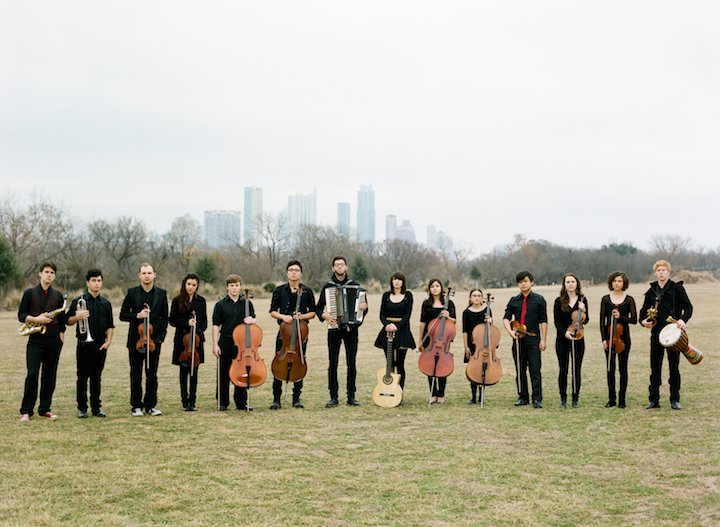 Mother Falcon is a symphonic rock band from Austin, Texas, known for their wide-ranging instrumentation and collaborative songwriting.

In 2008, Nick Gregg and members of the Red Armada String Quartet (a high school ensemble), along with members from McCallum High School, Westlake High School, and the University of Texas at Austin formed Mother Falcon – a symphonic rock band  from Austin, Texas. After gaining deep ties to the Austin community during their high school years, the group made a splash at SXSW in 2013, and a subsequent “tour” that consisted of staying in a different city for one month at a time (to cut costs for touring such a large group). They also run a annual summer music lab for student ages 11-18.

If you like Snarky Puppy, you’ll definitely dig Mother Falcon.

Listen to “Pennies” live from studio 1A at KUTX in Austin: