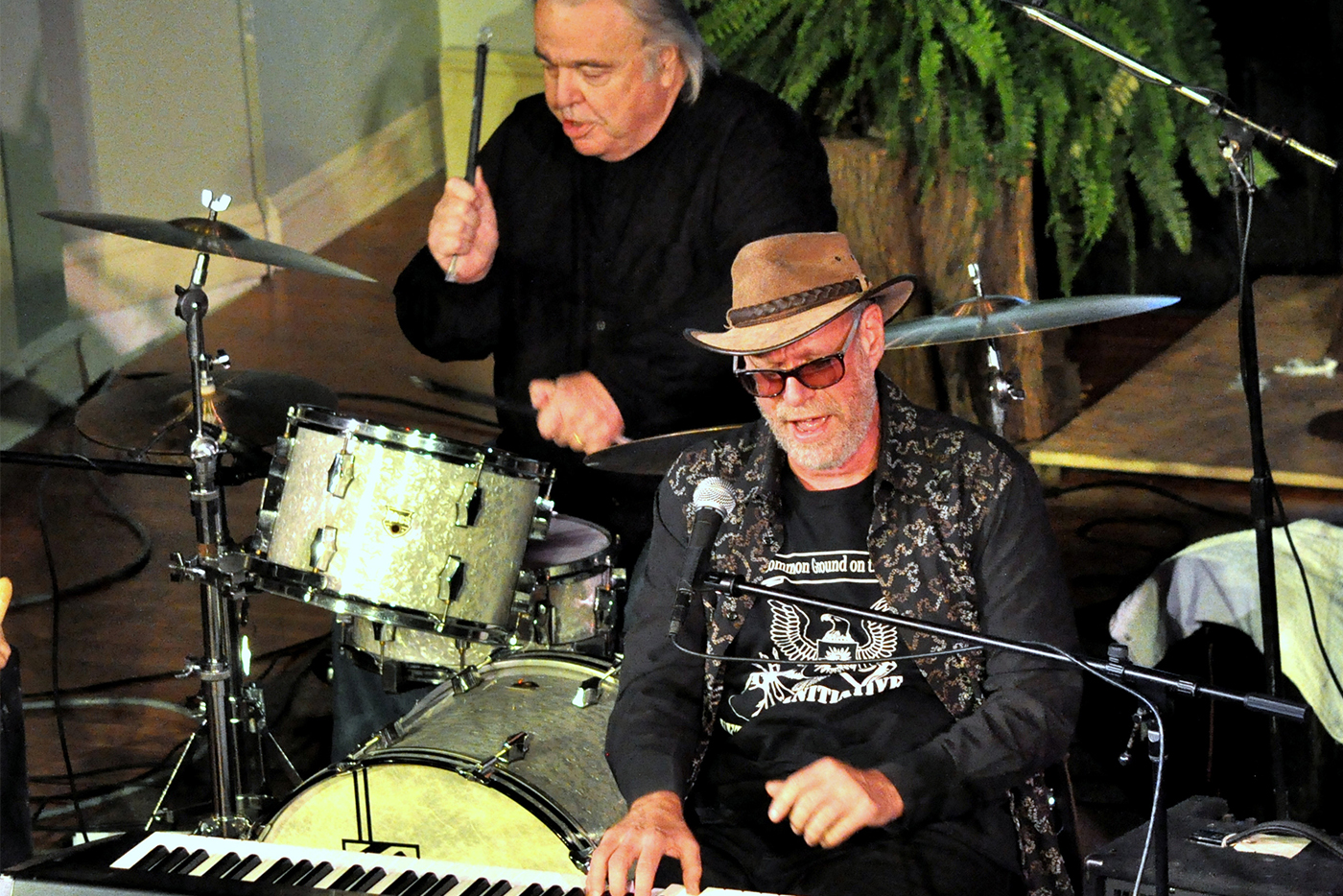 Local performers celebrate the voice of a generation’s birthday at The Ridge.

For 25 years Jamie Notarthomas has curated a birthday tribute to the music of Bob Dylan. This year the Nobel Prize-winning Bard of Hibbing turns 76 on Wednesday, May 24, and musicians will celebrate with a 6 p.m. show at The Ridge, 1281 Salt Springs Road, Chittenango.

The event kicks off The Ridge’s summertime tribute season to benefit their music and arts program. (Upcoming homages will include a Rolling Stones tribute on June 13, Carole King on June 27 and Stevie Wonder on July 11.) Tickets to the Dylan bash are $10 and available at TheRidgeRocks.com.

Local musicians who will take the stage include Mike Powell, Liz Friedel, George Newton and Grateful Dead specialists Dark Hollow. “Every year I try to involve different musicians from the community to be part of it,” Notarthomas says.

This year he’s excited to also corral legendary talents to spotlight particular Dylan eras. Two big names will accompany the Central New York musicmakers: Gary Burke, Dylan’s drummer and percussionist for the Rolling Thunder Revue Tour, and Professor Louie, pianist and accordion player who performs with his own band, The Crowmatix, and worked with The Band.

“The Rolling Thunder Revue happens to be one of my favorite periods,” Notarthomas says. “For me, it’s a real pinnacle point of his career.”

The show will also dive into Dylan & The Dead, when the troubadour joined forces with the jammy Grateful Dead for a tour. “They were of huge importance to Dylan’s career,” Notarthomas says. “They went through all of Dylan’s changes.”

Here’s a brief look at a few eras in the key of Bob.

The Rolling Thunder Revue: This 57-date concert tour lasted from late 1975 through summer 1976. Dylan led a circus of musicians including Joan Baez, T-Bone Burnett, Mick Ronson, violinist Scarlet Rivera, Rob Stoner, Howie Wyeth and Gary Burke. The tour took on a big, distinct sound, with pedal steel and mandolin ripping beside two electric guitars. But nothing is bigger than Dylan himself.

“His singing is tremendous,” Notarthomas notes. “At times, he’s screaming like a heavy metal singer. I think after this tour you never hear his voice sounding the same again. When he sings solo on those (live) records (Bootleg Series, Vol. 5), his voice sounds like it’s been ripped apart. It’s so raw. There’s something charming about it right then and there, but he never sang the same again.”

Two major Dylan albums were also released during that tour: 1975’s Blood on the Tracks and Desire in early 1976. “They’re two of the most powerful records Dylan ever made,” Notarthomas says.

Dylan & The Dead: Released on Feb. 6, 1989, the album Dylan & The Dead is a collaborative effort of two of music’s biggest acts. It was recorded in 1987, while the group was spearheading a stadium tour sharing the same name. However, the reception wasn’t as outstanding as some might imagine.

“It was a huge crossover,” Notarthomas says. “It was a surprise at the time when Dylan started touring with the Grateful Dead. It was confusing for the fans. They were two worlds you wouldn’t put together, even though The Dead always liked Dylan’s music and covered a lot of it.”

Notarthomas teamed last summer with local Grateful Dead tribute band Dark Hollow and is excited to include them in this year’s celebration.

“I feel like all bands do a token Bob Dylan song,” Notarthomas says. “The Byrds hit with ‘Mr. Tambourine Man,’ then hundreds of others did. People still do that tradition today. You’re going to have one Bob Dylan song on one album in your life. But when the Grateful Dead got together with him, on tour, writing songs, that was a big change. It was like Dylan going electric at Newport (Folk Festival).”

Professor Louie: Like “Wagon Wheel” a few years back, Notarthomas is amazed at the regeneration of the Bruce Springsteen song, “Atlantic City.” Professor Louie is the one responsible for some of that resurgence.

“He produced The Band’s version of the song,” he says. “And he plays accordion on it. It’s something like an underground hit right now, almost as big as ‘Wagon Wheel.’”

Louie, whose real name is Aaron Louis Hurwitz, was given his nickname by Rick Danko and collaborated with The Band for more than 15 years. He now performs with his own band, Professor Louie and the Crowmatix, which mixes blues, rock, gospel and folk.

“He’s a really wonderful person and a down-to-earth, humble guy,” Notarthomas says. “His arrangement skill and ability to be a band leader are top-notch. Boundless talent.”

The birthday event is ultimately about one man’s legacy, one that has continued for more than 50 years. “He is a vortex for me,” Notarthomas says. “He’s the thread that has no end. If you think you can learn his songs faster than he can write them, you’ll never catch up.

“He’s affected everyone. Every musician and songwriter you know was inspired by Bob Dylan. But moviemakers and scientists also often cite him as a huge inspiration in their life. It’s amazing how important his music has been to people over the years. It’s undeniable. It’s why I’ve done this for 25 years.”