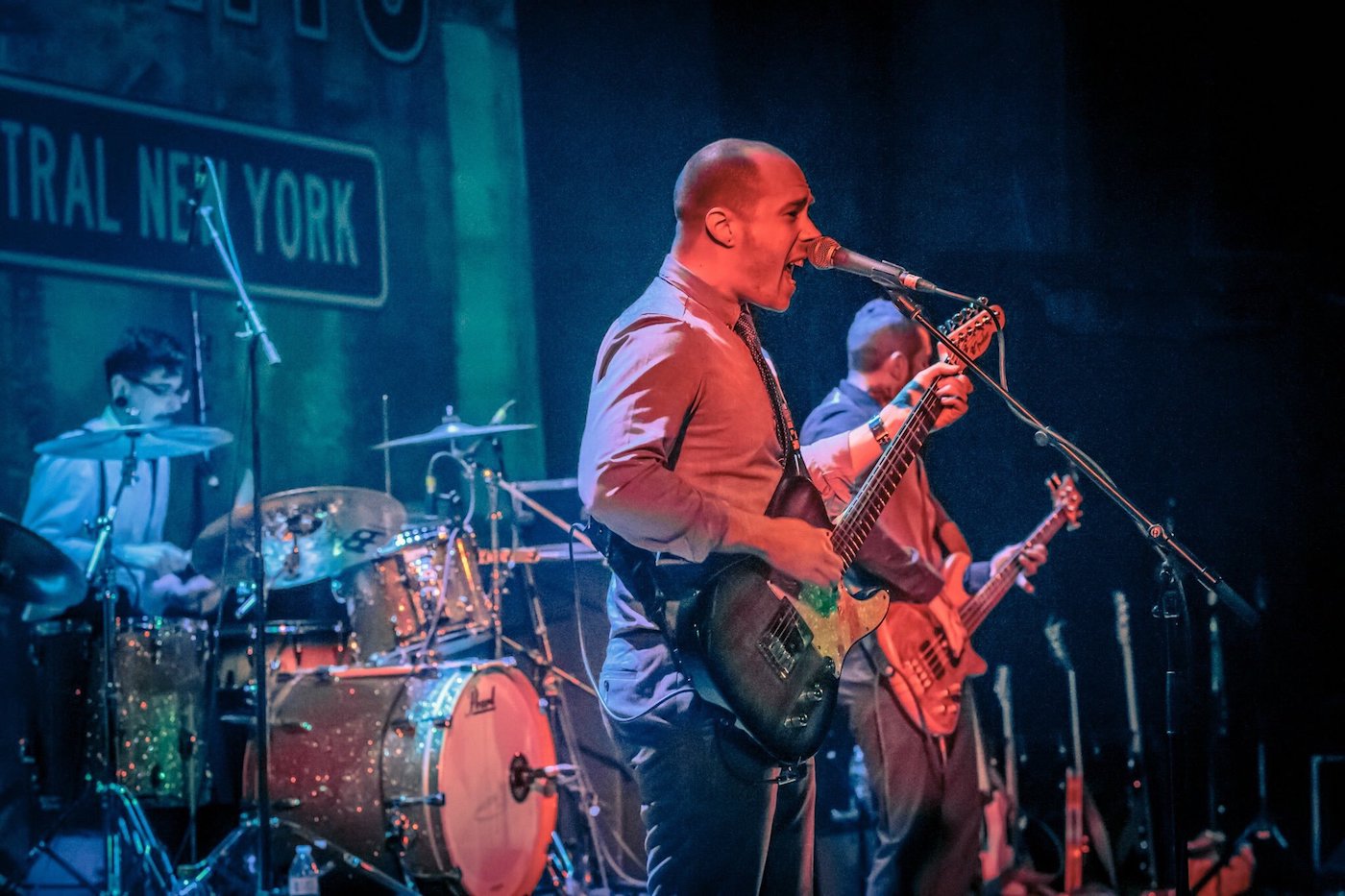 The Stacy White Suite. Stories (independent). The alternative rock group’s first album takes the best of pop, punk, alternative and emo and throws them together with smart lyrics and a polish that’s well above average. Flashbacks to the Early November hit quickly, with tastes of bands like Taking Back Sunday and Thursday, yet the Stacy White Suite still maintains their own identity while riding on borders between pop and hardcore, intelligent but gritty.

The band formed in 2015 with Brian Coyne on vocals, Jon Page on guitar and vocals, Aaron Flanders on guitar and vocals, Taylor Porter on drums and vocals and bassist Gianni Varela. Harmonies are rich, vocal delivery is emotional and sincere, and the grooves behind it all are fierce. It’s a refreshing sound that hangs deservingly right around bands the group audibly admires.

Edgar Pagan’s GPL. What a Feeling! (Zorro Beat Records). With a slew of special guests and the textures to reflect them, What a Feeling! is a trip for listeners. The title track opens the disc with a thick groove, chanting lyrics, searing guitar from Robben Ford and blistering keys from Jeff Lorber. From there, it’s 16 tracks of Latin flavors, with jazz and rock sensibilities delivered from local favorites and beyond.

“Colors of the Rainforest” literally sounds like a rainforest, while leading into “Dance of the Rainforest,” an ambient, earthy jam. “Sazon” lets Edgar Pagan stretch out a bass line for Melissa Gardiner (trombone) and Bill DiCosimo (keyboards) to dance all over. “Show the World,” co-written by Pagan and Bob Halligan Jr., definitely carries a mixture of the duo’s personalities as they sing of lofty hopes for the world, and “Please Let Me” is a late, simple favorite. Drums and percussion play a key role throughout, with Gary Novak, Jose Varona, Emedin Rivera, Joshua Dekaney and Mark Doyle all lending efforts.

The album’s standout, “Won’t Let It Go,” mixes Beledo’s Flamenco guitar with Pagan’s floating lyrics and Joe Driscoll’s potent rap: “Seems all that they breed is more war and pollution/ We singin’ on the problems, now we’re singin’ for solutions/ The songs make us strong, it’s where I take my stand/ and I’m a fight for this earth with my two hands/ what about peace, it’s a just a dream someone had/ so many mistakes that they make they can’t take back/ we raise our voice in the night before it fades to black/ lose your fears and your doubts the time has come to shout …” The message is clear and the song is catchy, a lethal combination.

The album is lengthy and might blur as rhythms beat along, but Pagan does well to differentiate with guests and bring important messages about world themes rather than simple affairs to his music. For more information, email [email protected].

Dom Cambareri. Inspired to Make a Difference (independent). This four-song disc debuted in October 2016 at the third annual Baseball Bash Fundraising Project for the Carrier Park Field of Dreams. Cambareri, who plays acoustic guitar, sings lead and background vocals, and wrote three of the four songs, says it was “somewhat miraculously inspired by the Challenger Baseball kids, families and Carrier Park Field of Dreams community so that I could raise awareness and do some fundraising for the Carrier Park Project.”

The Challenger team welcomes children and adults with special needs and includes more than 250 athletes. The Field of Dreams is a 22-acre piece of land donated by the Carrier Corporation and named after Willis Carrier, the founder of Carrier. The $12.5 million project will include up to nine championship tournament-quality fields, including two super turf fields that will be used for several sports. Basketball courts and a walking trail are also included in the plan.

Cambareri, who founded the Field of Dreams Project, put together his four-song EP to bring awareness to the cause, while also sharing his 1970s and 1980s classic rock vibe, even including Foreigner’s “Hot Blooded” on the album. Andy Rudy lends lead and rhythm guitars, bass, keyboards and background vocals to the project, while Rob Spagnoletti provides drums and percussion. The sound is a throwback to another time, yet the nostalgia works well and the cause is admirable. For more information, visit syracusechallengerbaseball.com.