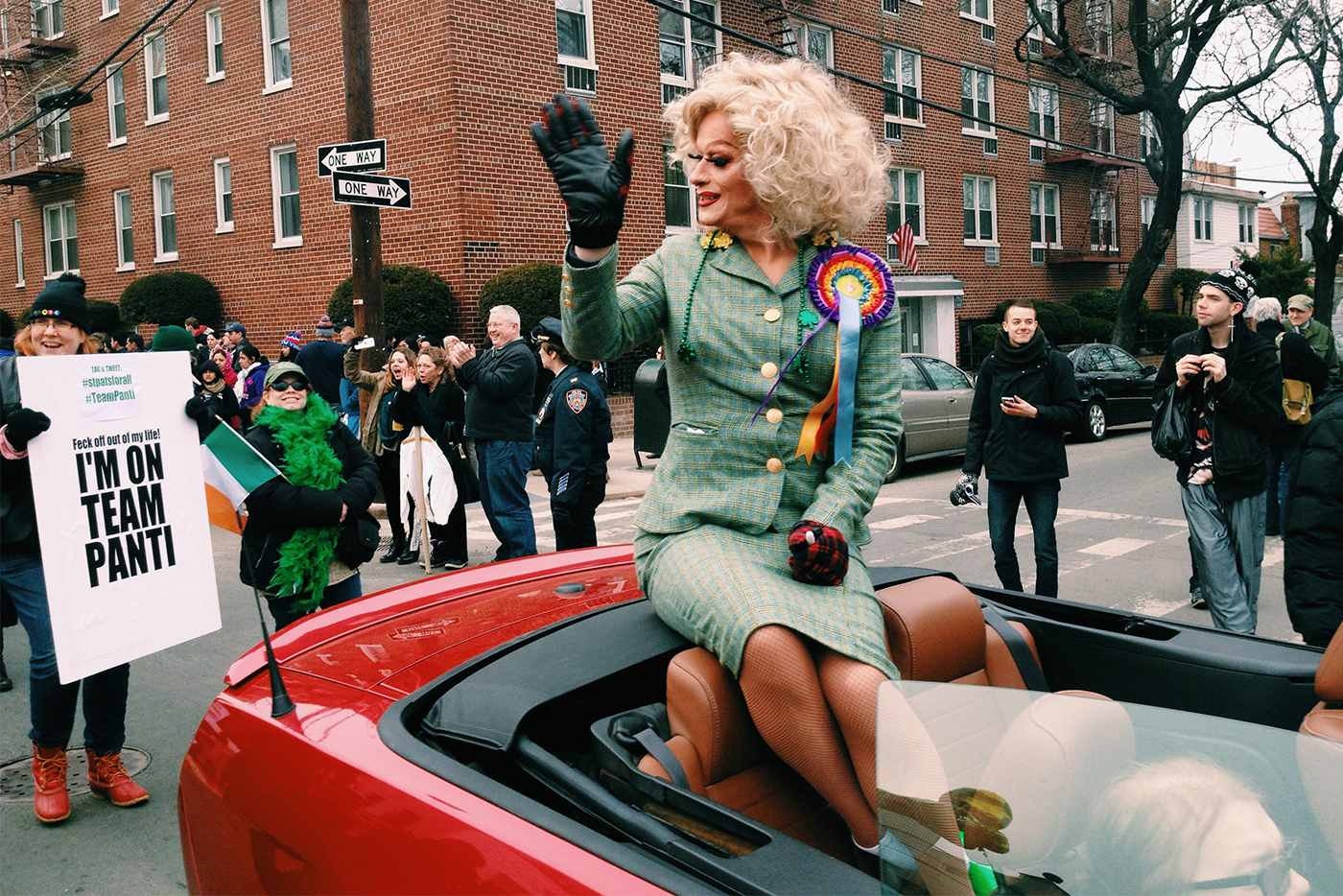 The inaugural Syracuse Contemporary Irish Film Festival will take place this week at the Everson Museum of Art’s Hosmer Auditorium, 401 Harrison St. Micha Crook, former contributor to the Syracuse New Times, is continuing her efforts in the local and international film industry to not only give another reason to embrace the heritage of the city and surrounding areas, but also show the ties between Central New York and Ireland.

“How fitting it is that we’re talking about Ireland while surrounded by green trees, grass and flowers while sitting next to the river,” Crook noted, while perched on a bench next to the Seneca River in Lysander, which is one of the areas visited by the first Irish settlers. Other locations in western Onondaga County, including Geddes and the Tipperary Hill neighborhood, served as home to the immigrants in the days of building the Erie Canal.

The festival, however, isn’t about the distant history. As its title indicates, the contemporary film festival features films dating back to 1995.

“It’s exciting to show a modern version of Ireland and its people. The films show what’s on their minds, what things they are worried about in their subconscious,” Crook said. “The same thing takes place here. There are things we worry about and question, things we want to understand and create conversation about.”

There is a reason why Crook slated the film fest at this time of year. Syracuse has one of the country’s most renowned St. Patrick’s Day parades, so Crook didn’t want to get lost in the local celebrations that lead up to March 17. Nor did she want to take away from other annual events, including the St. Patrick’s Festival held July 21 and 22 on Tipperary Hill or the Syracuse Irish Festival returning to Clinton Square this September.

“The Queen of Ireland was the film I wanted to get here,” Crook said. “It’s big, splashy and made a lot of waves worldwide at several of the big film festivals. It establishes a modern context of Ireland.”

Festival co-sponsors include ACR Health, a Central New York-based nonprofit with an open door policy to serve and educate everyone, and The Q Center, an ACR offshoot that offers a safe haven for the LGBTQ community. A raffle will be held Thursday to benefit their efforts. “It’s a positive way to use film to build conversation and bring attention to organizations that do really good work,” she said.

In the Obergefell vs. Hodges case of 2015, the U.S. Supreme Court passed the legalization of same-sex marriage in a 5-4 decision. Ireland passed it into law that same year; however, the isle was the first nation to pass marriage equality by popular vote. For this referendum, Irish citizens had to physically be back in Ireland to vote, said Crook. People from across the globe returned to their mother country for one day.

“Traditionally, Ireland is a very conservative country. Even though it was a republic, religious leaders were still influencing the laws by their doctrine,” added Crook. “If you’re truly a republic, all citizens — men, women, genders, races, sexualities — must have equality. It’s so telling of what the nation of Ireland is now.”

Running a film festival is not easy. Because Crook is collaborating with ACR Health, a nonprofit unrelated to the arts, she had the opportunity to apply for a CNY Arts decentralization grant. A small amount of funding was received, but it only partially covers the featured films’ screening fees. Then there are fees that include renting audio-visual equipment and a venue. Other recent efforts to raise money included an Irish tea party at the Sweet Praxis venue and a benefit showing of The Irish Pub at Kitty Hoynes Pub.

Tickets for each featured film are $10. The price of a ticket does not include museum admission, however.

A Date for Mad Mary will be presented Friday, June 23, at 7 p.m. The main character (played by Seana Kerslake), who is returning to society after a prison stint, tries to prove her soon-to-be-wed friend wrong by trying to find a date to the wedding, as she finds love in an unconventional way. This is the first U.S. showing before its stateside release in September.

On Saturday, June 24, 2 p.m., a series of shorts will be shown at the Everson. Then the festival will wrap Saturday with a 7 p.m. screening of Older Than Ireland. The film by Alex Fagan, who also directed The Irish Pub, features 30 centenarians, all of whom were born before the 1916 Easter Uprising. Fagan’s documentary was filmed in Syracuse thanks to Crook’s involvement. One of the centenarians, Kathleen Snavely, passed away at 113-plus years of age in 2015, before the film was released.

“The film industry in some ways is very fast, but it takes a while if you’re trying to build a filmmaking community,” said Crook. “We started Older Than Ireland in 2014, and shot the Syracuse portion in the beginning of 2015. It was finished right before its premiere at the Galway Film Fleadh, which was at the end of July that year. It took another year to bring it back to the United States. Now it’s going through a regular cinematic release.”

Crook also remains positive about the local film industry. “It’s not growing as fast as people would expect, but it’s growing bigger than people realize. We live in a society accustomed to immediate responses. There are a ton of people trying to make it happen. People get starstruck because the celebrities are here. The real work isn’t the flashy stuff, but the behind-the-scenes, editing and other production aspects.”

There will be several events leading up to the festival. The Barclay Damon building on 125 E. Genesee St. will be glowing with green light this week. Crook will tell Irish folklore on Wednesday, June 21, 11 a.m. to 1 p.m., at Infinite Pop at 183 Walton St. Also that evening, a special Downtown Committee Wednesday Walk will focus on Syracuse’s Irish history from 6 to 7 p.m.