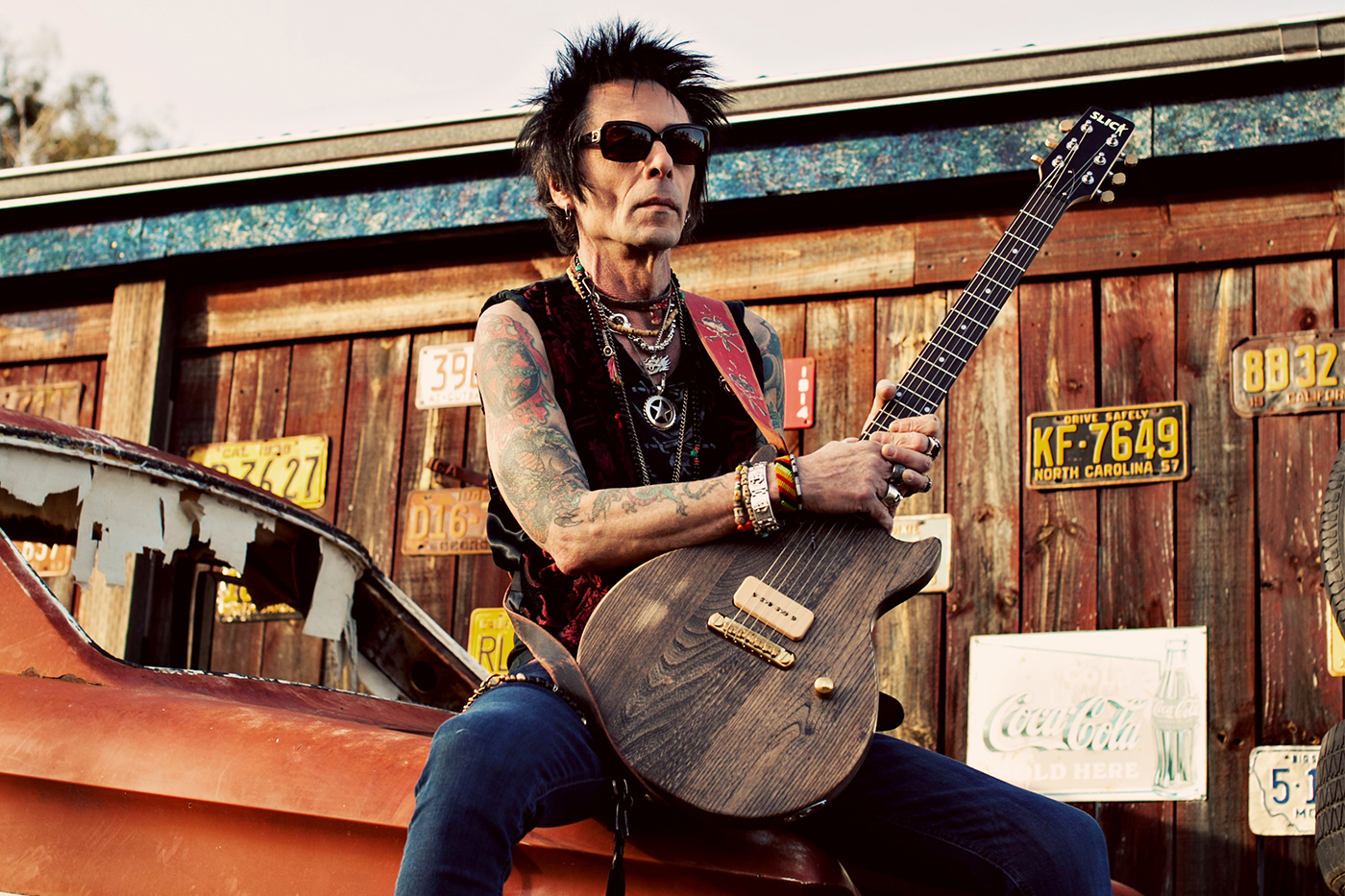 Two gigantic forces in music will be celebrated on Saturday, Oct. 8, 7 p.m., at the Palace Theatre, 2384 James St.: John Lennon, whose birthday is Oct. 9, and David Bowie, who died last January.

“Heroes and Lennon’s 76th Birthday” marks the first for promoter Paul Davie’s BeatleCuse Productions, Inc., as a 501c3 not-for-profit organization. (Tickets are $25 in advance, $30 at the door; visit fabfivepaul.com.) The “heroes” element not only pays tribute to the title of Bowie’s 1977 album but also the fact that this event will benefit Clear Path for Veterans.

“It dawned on me talking to Melinda (Sorrentino, manager of The Ridge) that we should connect ‘heroes’ with Clear Path. They’re our heroes,” Davie says. “She liked BeatleCuse and wanted to work with me on a show, so we put ‘heroes’ in front of Lennon to celebrate his 76th birthday and we’ll raise money. And the only guy to bridge the gap between Lennon and Bowie is Earl Slick.”

Guitarist Slick is known for his work on albums from both megastars, including Bowie’s Diamond Dogs, Young Americans and Station to Station and Lennon’s final LP Double Fantasy in 1980. Slick replaced Stevie Ray Vaughan during Bowie’s 1983 “Serious Moonlight” tour and played at the Carrier Dome for a show. Davie was at that concert.

“All the songs we’re playing at the show, he played on,” Davie says. “They’re all familiar hits.”

But Slick has only recently been able to look back at those tours and reflect from an outsider’s perspective. “In hindsight, I can look at it differently now,” he says. “With DB (Bowie), it was only the last month or so that I could look at it from an outside point of view. It took a while with the shock of it all.

“I’ve watched things on YouTube that I’ve seen before, but never in that light. When you’re immersed in it, you’re just there. It’s a state of being. You’re on the road and your entire existence is geared toward that performance. There’s nothing like it. You melt into a mindset that is the most amazing in the world. When I’m on stage, I’m not thinking about anything. It’s the most free you’ll ever feel. That’s what attracts the audience. If nobody’s thinking, everybody’s having a good time!”

Slick plans to bring that energy and authenticity to the Palace stage, where he’ll play alongside local musicians and bands. He also emphasized how rare it is for him to accept invitations to tribute shows. The recommendation came from fellow musical powerhouse Mark Hudson, who has become a BeatleCuse alum. After Slick talked to Davie, he could tell that he “gets it” and felt comfortable enough to be part of the celebration.

“I turn down 99.9 percent of these (requests),” Slick says. “I love the idea of tribute bands and keeping the music alive, but it has to be with the right people for the right reasons — not for people cashing in on my name or my dead friend. I like what (Davie’s) doing and I like where it’s going. It’s gonna be fun and it’s for a good cause. I’m really looking forward to it.”

But the connections won’t stop there. Lennon celebrated his 31st birthday in Syracuse in 1971, when he and Yoko Ono were in town for the opening of her exhibit This is Not Here at the Everson Museum of Art. There was even supposed to be a secret Beatles reunion concert: Although Paul McCartney and George Harrison didn’t make it, Ringo Starr, Phil Spector, Allen Ginsberg, Eric Clapton and Jim Keltner showed up. Crowds got wind of the event and Ono and Lennon avoided the mayhem, ending the night with a quiet birthday celebration at the Hotel Syracuse.

While Lennon and Ono were here, they also stopped at the Onondaga Reservation to meet Onondaga Nation Faithkeeper Oren Lyons. The three became friends, and Lyons will speak about their meeting during the Saturday concert.

The show will feature songs chronologically through Lennon’s career from 1963 to 1980, interspersed with rock history facts. “These are the types of things that I want people to know about,” Davie says. “There are so many cool rock’n’roll stories.”

One story concerns “Fame,” Bowie’s 1975 smash hit. Bowie had just hired Slick to record his version of The Beatles’ “Across the Universe” in New York City, and he wanted to bring Lennon into the studio. When he did, the two vented about fame getting to them. That conversation turned into the song that features Lennon and Slick — and became Bowie’s first No. 1 song.

“We’re going to pay homage to two guys who changed the world,” Slick says. “I’m still a fan. I’ve never lost that and the day that I do, I’m in deep shit. I love music and have a built-in respect for those who came before me. If it wasn’t for them, I wouldn’t be doing this.”

Slick also believes in the power of music and its ability to change people’s lives. “I want to get to the younger demographic,” he says. “I want them to see what it’s like when somebody lives and breathes this shit 24 hours a day. Everyone’s got a skewed view of this (music). They don’t understand why we do this or what we do. It’s all about the magic.

“My whole philosophy is that when I get on stage, people have paid money they’ve worked hard for to come to that show. I don’t care if it’s $1 or $1,000, I need to give them 110 percent of what I’ve got. If I can make them feel something — laugh, cry, scream, whatever — then I did my job. I want to give them something they can walk away with.”

“Oh, boy. I’ll give the same answer I would have 30 years ago. The best way if you want to do this — is to do it. Immerse yourself in it 24 hours a day. Don’t be looking for the big payoff or stardom or ‘look at me, I’m a rock star.’ Pick up your instrument and live with it 24 hours a day. And get out and play. That’s the best advice I can give anybody. That’s organic. That’s when things work.

“If you concentrate on what you’re doing and you’re doing it because you love it, then keep writing, keep playing, keep singing. Live it. Make it a lifestyle. Music is always No. 1. And don’t have a backup plan. I never had one. I don’t now. If you don’t have a safety net, you won’t use it. It forces you to push along. Then you’ll find in time if you’re good enough to get anywhere. Screw the safety net.”