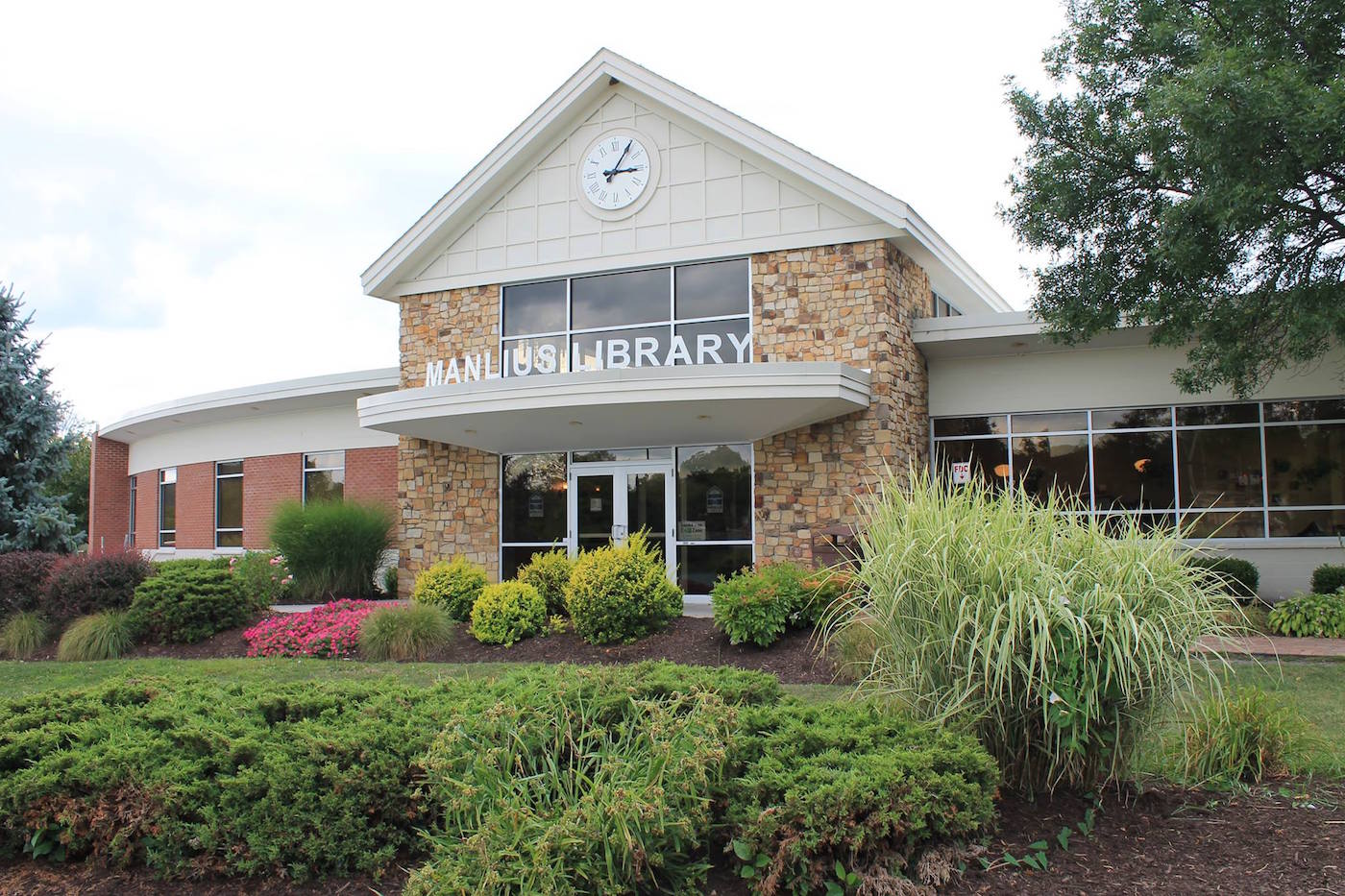 Associated Artists’ juried exhibition at Manlius Public Library builds on longevity and variety. This is the 90th edition of a show that features artists from the Syracuse area. There continues to be a group-exhibit dynamic, a mix of media, visual perspectives and styles ranging from abstract to figurative.

The show displays Barbara Siau’s portrait of June Wilson and Barbara Vural’s acrylic depicting a beach on a day of blazing sun. Elsewhere, works with a different sensibility hang on gallery walls. “Edges” by Tina Strutz blends bright colors with an array of geometric shapes.

In “Tuscan Gold,” Nives Marzocchi celebrates mushrooms in a major way. The mushrooms are large-sized and appealing, and the acrylic lights up with lots of color on its borders. The artist has played with an idea and brought it to fruition.

There are other instances in which artists looked for a fresh approach to portray a scene. In “Holiday Brunch,” Joy Englehart depicts dishes and other items on a table but does so in an expansive way. She emphasizes visual links between the objects, influencing viewers to see them from a different perspective.

Patricia Gancarl’s portrayal of migrant workers picking melons near Homestead, Fla., eschews a straight-on presentation. The melons are tiny, the workers faint figures who seem destined to fade away. The piece touches on the nature of their labor: short-term and seasonal, isolated but essential. Without their work, the melons won’t come to markets or consumers’ tables.

The show also picks up contrasting visual strategies. Ute Ostreicher’s acrylic interprets a desert scene, focusing on rock formations such as majestic arches. A second acrylic by Mimi George is sparse, small and invested in setting a mood. We see the outline of bushes on a plain and not much else. The harvest season has long passed, and spring is months away.

And there are other varied artworks on display. They include Rachael Ikins’ whimsical image of a cat behind flowers, and Karen Kozicki’s “Laundry Day,” which portrays a shirt. That photo is part of an ongoing body of work in which Kozicki shoots everyday objects from an innovative perspective. Finally, Carol Boyer’s fabric, “Coastal Color,” plays with surface in a significant way. The threads are rough and suggest turbulent waters.

The exhibit commemorates Associated Artists’ long history, showcases various artworks, and continues a tradition of staging the juried shows at the Manlius Public Library. Associated Artists sponsors and runs its own gallery space at the library. That’s not the only display of art at this site. The library itself hosts an Audubon print gallery and also presents art in the Community Room.