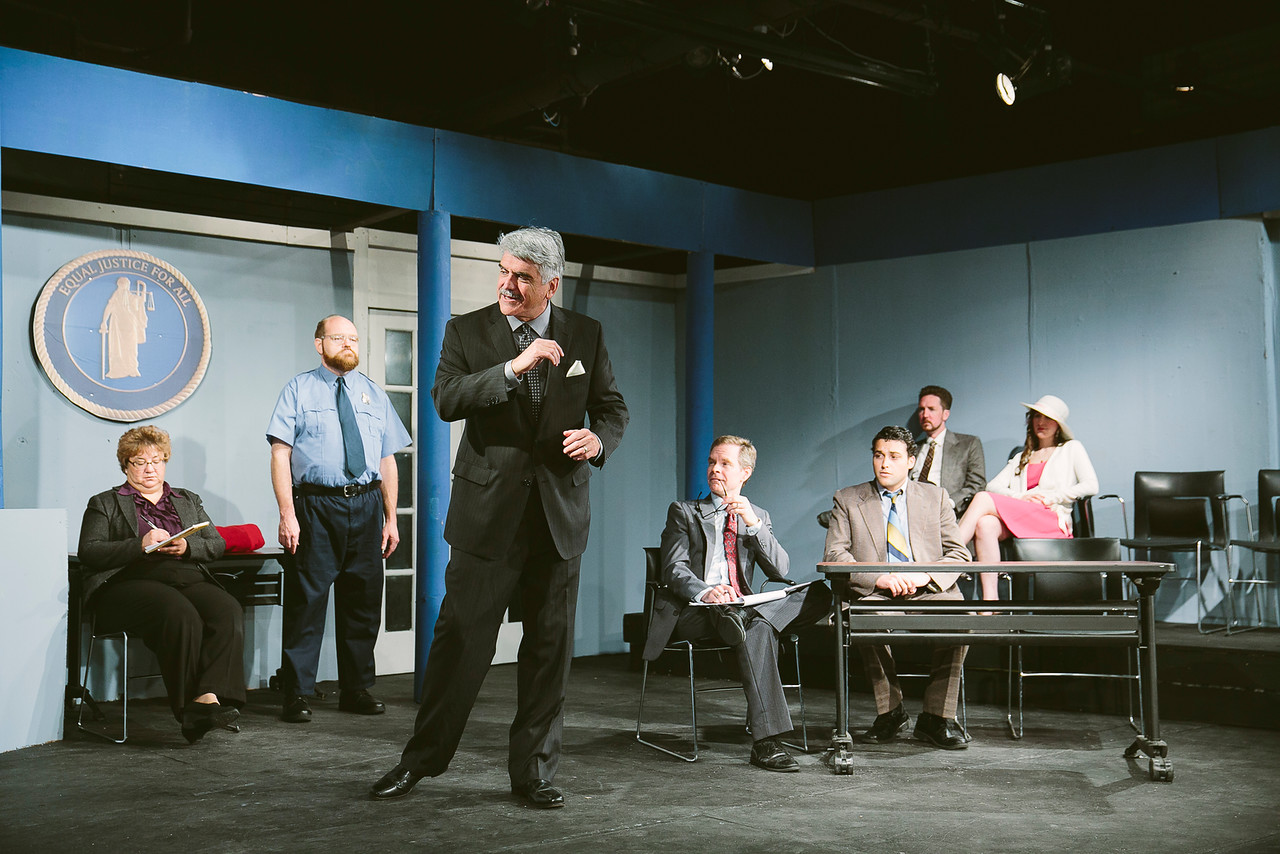 “Witness for the Prosecution” boasts one of those mind-blowing endings that we’re pledged never to repeat.

Like her better-known The Mousetrap, Agatha Christie’s crackerjack courtroom drama Witness for the Prosecution boasts one of those mind-blowing endings that we’re pledged never, ever to repeat. Or even remember.

Unlike other Christie vehicles, however, Witness — running through Oct. 1 at Central New York Playhouse — reaches for a rare psychological subtlety. In most mysteries, of course, one person is lying. But in the unsettling end of Witness we realize that lots of people on both sides of the moral divide are not really what they appear to be.

To freshen up a drama that opened in 1953 and was memorably filmed in 1957, director Sharee Pierce has moved the action forward to 1985, before the advent of DNA testing, and reset it in New York state. The wigs and robes are banished. Crack defense attorney Wilfred Robarts (Joe Pierce) adorns his office with a photo of himself with Ronald Reagan. The presiding Judge Wainwright is a dignified African-American (Al Marshall).

A second way of renewing the drama is to ask some familiar faces to play against type and also to give juicy roles to newcomers. The defendant, Leonard Vole (Daryl Acevedo), is on trial for murdering an erratic, lonely 54-year-old woman and then learning in the newspaper the day he comes to Robarts’ office that he has inherited all her money.

Acevedo, who once played Hamlet, usually has some facial hair, and can look a bit dangerous. When he tells his story to Robarts and his adept partner Jack Mayhew (Jon Wilson), he is clean-shaven and guileless. Put a short-sleeved white shirt on him, and he could be a Mormon missionary.

As Vole’s ambiguous, German-accented wife Romaine, Heather Roach again shows she is one of the most versatile performers we have. In her last outing, Roach was the vulnerable, wounded Maggie in Cat on a Hot Tin Roof. Here she is unrecognizable as the title character, the expected witness for the defense who switches to the prosecution. Can such a woman persuade a jury?

Director Pierce’s boldest stroke is in casting Lauren Puente, a drop-dead beauty, as the prosecutor Ms. Myers. She was last seen in July as lusty Helga, a Kit-Kat Girl in Garrett Heater’s Cabaret. Pierce adroitly exploits Puente’s icy scowl, and has her frequently stride across the stage with panther-like threat. Perhaps unconsciously, this plays into a well-known Christie trope. A plain woman in life, she often depicted beauties as formidable threats. Almost like one of those charming defense attorneys on TV commercials, Joe Pierce lays the sweetness on heavily as Robarts. We get an even more ingratiating version of his usual self — persuasive, reassuring and smart — which makes it all the more surprising that he doesn’t see what’s coming any better than the audience does.

Witness was originally a work of fiction that Christie herself adapted for the stage. Director Pierce succeeds in keeping the author’s long prose sections taut. Kudos also to experienced set designer Navroz Dabu, who knows well how to limn the venue’s intimate space, with costumer Christina Huffaker contributing effectively to several female characters