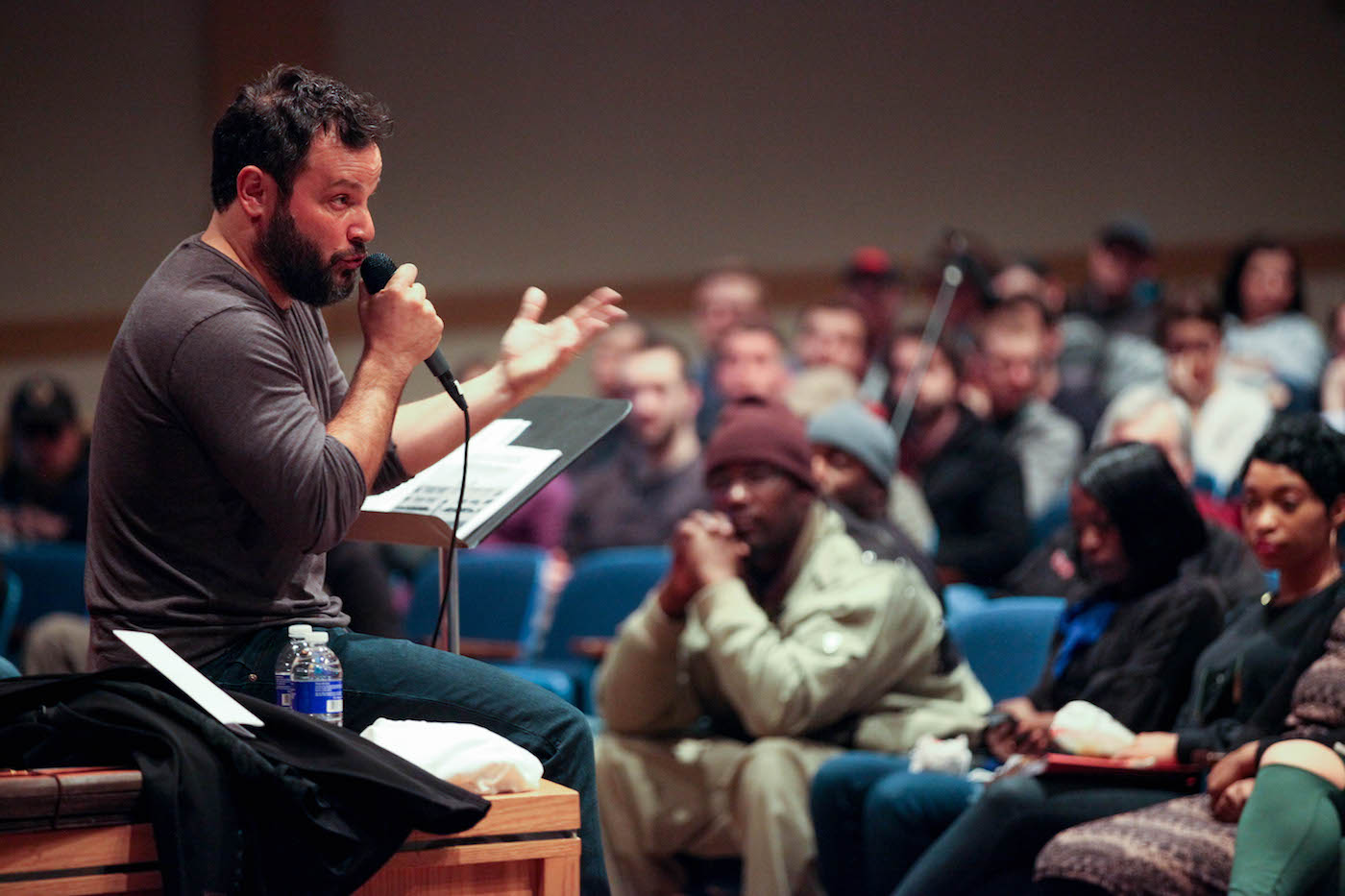 Filmmaker and soon-to-be Liverpudlian Jeremy Garelick looked around the nearly filled auditorium at the former A.V. Zogg Middle School, 800 Fourth St., Liverpool, during the March 7 open house. His project, under the working title of Liverpool School of Cinema, is still in its infancy, as he frequently reiterated. However, his unwavering passion was clear at the public meeting.

The 89-year-old building, as revealed in the March 1 Syracuse New Times article “Hollywood Veteran Plans Liverpool Film School,” would be a multipurpose facility. Garelick emphasized the buzzwords “education” and “filming” because he wants to create a Northeast opportunity for local and visiting students to craft their skills in the film industry, which he considers a very hands-on business.

The charismatic Garelick set the tone by asking the audience if there were any musicians in the room. “There is a piano on stage. I feel like there should be welcoming music as people come in. ‘Chopsticks’? Anything?” A woman volunteered to belt out some Norah Jones and Journey songs a capella.

The vision is separate from the $15 million Central New York Film Hub built in DeWitt. That 52,000-square-foot facility has been met with much criticism locally and nationally. In an August 2016 The New York Times article, Jesse McKinley wrote, “Most of Gov. Andrew Cuomo’s optimistic predictions have not yet come to pass.”

Garelick took a tour of the facility with Onondaga County film commissioner Eric Vinal, who was in attendance at the open house. “It is really impressive,” said Garelick, following with a statement that he really didn’t need to use it at this moment. 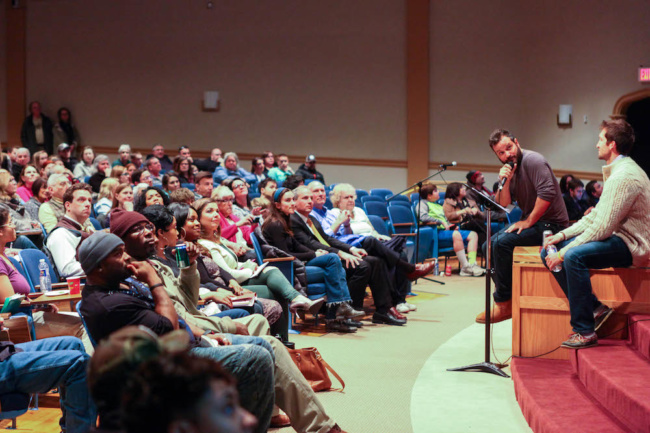 “(The film industry) is a chicken-and-egg issue. If you build it, they will come,” Garelick noted about his own field of dreams. The entrepreneur was frank: This film school is not going to be an overnight success story, but it’s something to push hard for, word will eventually get out and it will pull people from New York City and Los Angeles. He encouraged Central New Yorkers to stay positive, and this includes sentiments about the Film Hub, because it could be booming after five years.

The open house was held to address local concerns, especially from Liverpool residents. The Rockland County-born director talked about his resume (credits include The Break-Up and The Wedding Ringer), mused about his family life and was unapologetic about being a New York Jets fan. Yet he spent the majority of the time fielding questions local residents had about the school.

The Yale-educated filmmaker will bring in his peers and colleagues to help with the education side of things. He plans to have 80 people occupy the building at any given time, including 40 students, 30 non-local crew members and 10 teachers. Because of what will be stored in the facility, security guards will be hired to oversee the expensive filmmaking equipment. Several school buses will also be purchased to bring in people and equipment.

Garelick has plans to incorporate aspects of the school to enrich the Liverpool community. People still want to be able to walk their dogs along the paths, while one woman brought up an idea about a community garden. He even reassured a child about being able to use the school’s playground.

Garelick did admit there would be times when his crew would be filming outside and at night, which could take perhaps six to 12 days of the year, although he would notify the neighbors when that would happen. There would be very little construction done to the outside of the school, with most of the activity taking place indoors.

Part of the reason to secure the former middle school is for Garelick’s own filmmaking endeavors. He wants to direct three union-scale productions starting in March 2018, with budgets for each flick in the $6 million to $15 million range. Some of the stories, of course, will take place in a school setting. And he floated the idea of running scripts by local students to verify dialogue.

He took questions about how regional colleges and businesses could fit into the mix and fielded pleas from those who wanted to be part of his upcoming productions. Garelick bantered with those in attendance, showcasing a down-to-earth attitude and seriousness about wanting to bring this project here.

He often applauded the local filmmakers, writers, actors and models who were in the audience. Garelick also wants local artists to create a mural on the back of the building. People shouldn’t be afraid to get their hands dirty.

“Everything about the film industry is blue collar,” Garelick stated after the open house. “There are people painting, building sets and working on and setting up lighting.”

Garelick was also delighted to know about the nearby Syracuse Scenery & Stage Lighting, 101 Monarch Drive. “Are you serious?” he asked upon learning about the local business.

Since his wife’s relatives live in the area, Garelick is already making relocation plans for his family of six. Living near several lakes is a plus, and Garelick stated he wants to give his children exposure to other weather conditions instead of 80-degree monotony in Los Angeles. And one sure thing about Central New York is its changeable weather patterns.