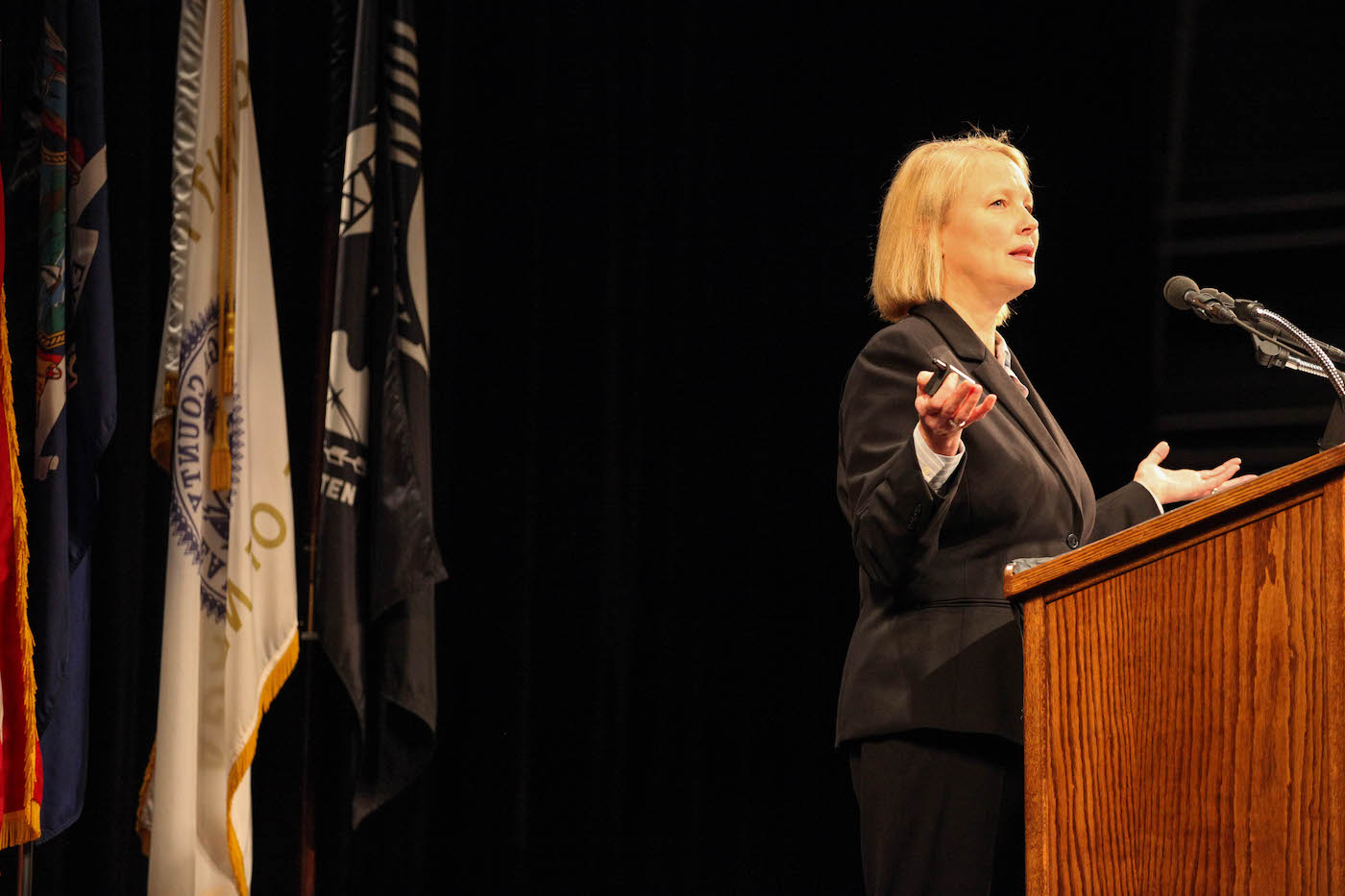 For those who long for a government run like a business, County Executive Joanie Mahoney used this term’s State of the County address to set the record straight, at least for local environs.

“County government is not a profit-driven private enterprise,” she insisted more than once on March 7. But the overall message seemed to be that the county was doing pretty good business, although there was room to do better. 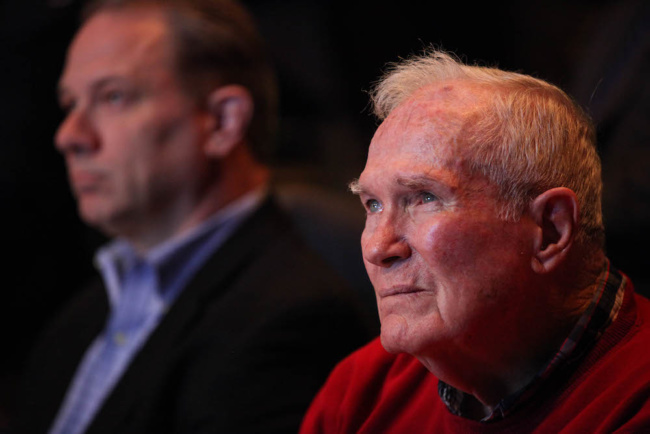 Twenty rows of Carrier Theater seats at the Mulroy Civic Center (named after the first Onondaga County executive, John Mulroy) bore tags noting that they were reserved for officials and county department employees. “Sweet Dreams” played softly over the sound system as attendees stood schmoozing in the aisles. Common Council President Van Robinson wondered aloud if he would be the only one from the city’s governing body in attendance, having heard “lots of excuses” ahead of time. Councilor Steven Thompson was also in the audience.

Press requests for copies of the speech before the presentation began brought perspective from Bill Fisher, Mahoney’s deputy county executive. “Do you see a teleprompter?” he asked. “Maybe the first couple of years she might have prepared one, but I don’t think there’s a written speech.”

“Healthy and strong,” Mahoney assessed the State of the County to open her 10th such address, reflecting how quickly the years had passed. The first third of her 90-minute chat was devoted to citing successes resulting from homespun advice like, “Don’t kick the can down the road,” and strategic guidelines like, “County government provides the safety net,” and a core mission of “doing less with less.”

Examples included the tax rate reduction from 7.28 to 5.07 since 2008, the reduction of county employees from 4,200 to 3,000 during her tenure, and the 193,155 individuals who visited offices in the Civic Center in need of help. Mahoney pitched the audience actively, seeking parents for the 350 local children in need of foster homes. She lauded Kellie and Todd Ellis, pillars of the local community theater scene, who have created a foster culture in their home.

Shifting from cheerleader to lecturer for the speech’s second segment, Mahoney created a seminar on elements of economic development: tax abatements, PILOT (payment in lieu of taxes) projects and the role of the city and county Industrial Development Agencies. The latter brought her, inevitably as she noted, to focus on the merger of city and county governments proposed by the civic volunteer members of the Consensus Project.

Asking why we have two such agencies, Mahoney asked what was the need, noting that the Consensus Plan recommended they merge. She recalled the several-years effort to merge the city and county purchasing departments, recalling the dire predictions of chaos and counter-productivity which never materialized. The final phase of the State of the County provided endorsement of the merger as long as the voters were informed on the issues and the countrywide referendum was scrupulously conducted.