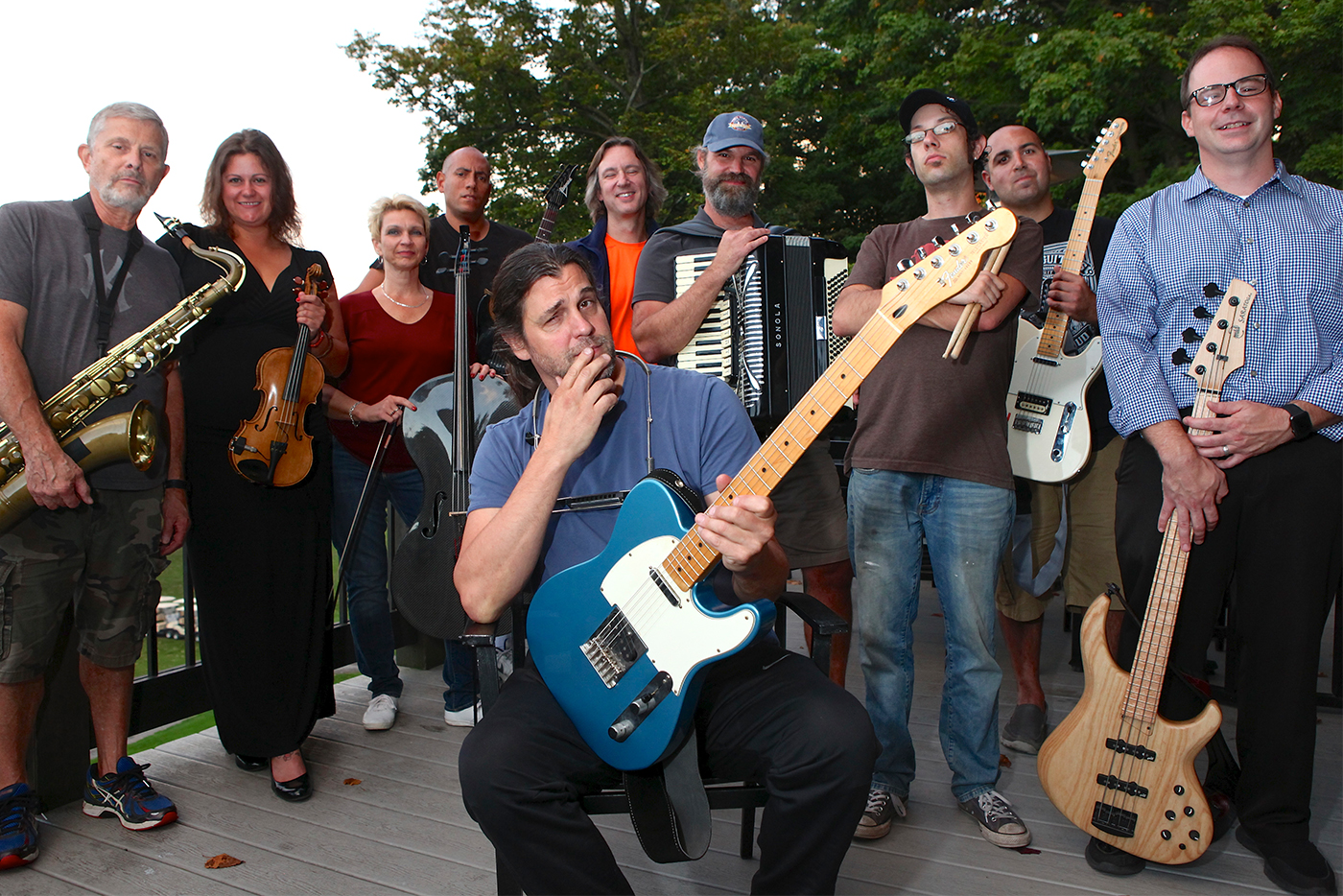 Jamie Notarthomas and other local artists to pay tribute to The Boss.

An artist like Bruce Springsteen has a special power: His songs specifically speak to the average person. When local musician Jamie Notarthomas saw him as a teenager, he could feel Springsteen speaking to him.

“I was 16 when I went to see him at the Onondaga County War Memorial in 1978,” Notarthomas recalls. “The moment when he looked at me and pointed his guitar at me, it was like, ‘Oh my God, this is it. I’m doing this for a living.’” 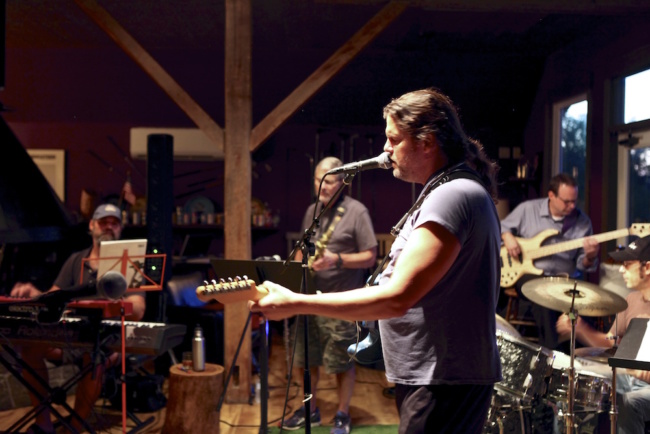 Since then, Notarthomas has played more than 7,000 shows across the country and has issued five albums of original material, with another LP in the planning stages. But he still thinks back to those formative years when he was creating murals of Springsteen at Eastwood’s Huntington Park, including his painting of the iconic shot featuring Springsteen and Clarence Clemons from 1975’s Born to Run album cover (photographed by Syracuse University graduate Eric Meola). Notarthomas even won the Mayor’s Achievement Award for it in 1982.

To celebrate Springsteen’s 67th birthday in high style, Notarthomas and his Jungle Land Band will perform on Friday, Sept. 23, 8 p.m., at Eastwood’s Palace Theater, 2384 James St. (Tickets are $20 in advance, $25 at the door. Visit junglelandband.com for details.)

“I was just a huge fan,” he says. “Springsteen was the guy who showed you that music can be real and grounded, and not fantasy. He just reeks of faith and hope and it gave me the faith and the guts to believe that you can do something. That was a key element in me choosing music for a living.”

Notarthomas started out on the visual arts path at Onondaga Community College, but after seeing Springsteen in concert he decided to drop out and dedicate himself fully to his new art. He started touring and releasing albums, and in 1993 he took a year off to work on his original album Heads or Tails. But Notarthomas also decided to whip himself into better musical shape.

“I read how Bob Dylan pretty much learned every song available by Woody Guthrie. He felt he absorbed his personality and then moved onto something bigger,” Notarthomas says. “I thought, ‘I’ll just do that.’ Wrong! But you get great lessons from trying.”

Notarthomas disciplined himself to study the “apostles of rock,” as he calls them: James Taylor, Elvis Costello, Van Morrison, Springsteen, Bob Dylan, The Beatles. “All of their approaches were so different,” he explains. “Bruce is so opera-like with his full voice, so emotional. He’s like a mixture of Van Morrison, Tom Waits and Roy Orbison with the scratchiness of Joe Cocker. He’s one of the kings that no one will be able to match or touch.” 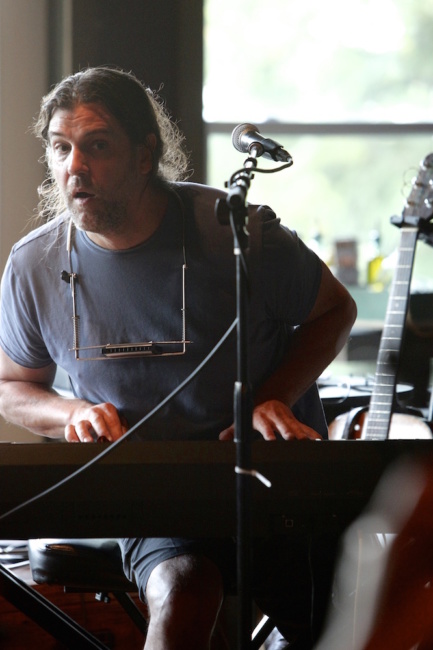 He would focus on one artist at a time, play a few shows celebrating their music and then challenge himself to learn the next. But Springsteen held a special place, with Notarthomas performing his music sporadically throughout the 1990s. In 2001 he started playing a Bruce tribute concert, now an annual tradition.

But Notarthomas recognized that he needed to bring a little more power to this special occasion. “I asked Melissa Gardiner and Nick Fields because they’re highly respected horn players,” he says. “The same with Kristen Kopf (cello). I think Joanna Nix Jewett’s Respect (Central New York Celebrates Women in Music) was one of the coolest shows that’s every happened in Syracuse. I think she’s got a great work ethic and a beautiful voice. Thomas Westcott (bass) was recommended to me and I’m been so impressed with him. And Mark Nanni–when I heard the really tricky organ parts, I thought there’s only one guy in town that sounds like that. And, to my delight, he said yes.”

While other guests will appear throughout the night, he cites pianist B. Kelly Wilcox as the show’s biggest surprise. “I ran into him at a Wood Brothers show and just asked him to do it,” Notarthomas says. “He said sure and since then everyone’s asked how I got him. I say, ‘I don’t know! I just asked him!’”

The evening’s song list will span the gamut of Springsteen material, with an emphasis on the first seven albums. The band is also being daring by tackling songs like “Kitty’s Back” and “Jungleland.”

“It will be like early Bruce shows with an intimate, interactive crowd,” he says. “We’ll be face to face. That’s hard to get with Bruce these days.”

The entire show will be recorded, with plans for a potential release. Still, Notarthomas can’t help but gush about the whole reason he’ll be up there in the first place.

“This is a celebration of how great his music is,” he says. “It’s for the local community who grew up with that music together and now we’ll celebrate that music together. We’ll do it with a local band and with conversation and eye contact and memories you can’t get when you truck over to a Bruce show in Philly. We’re going to make our own little Jersey or Asbury Park right here in Eastwood.”