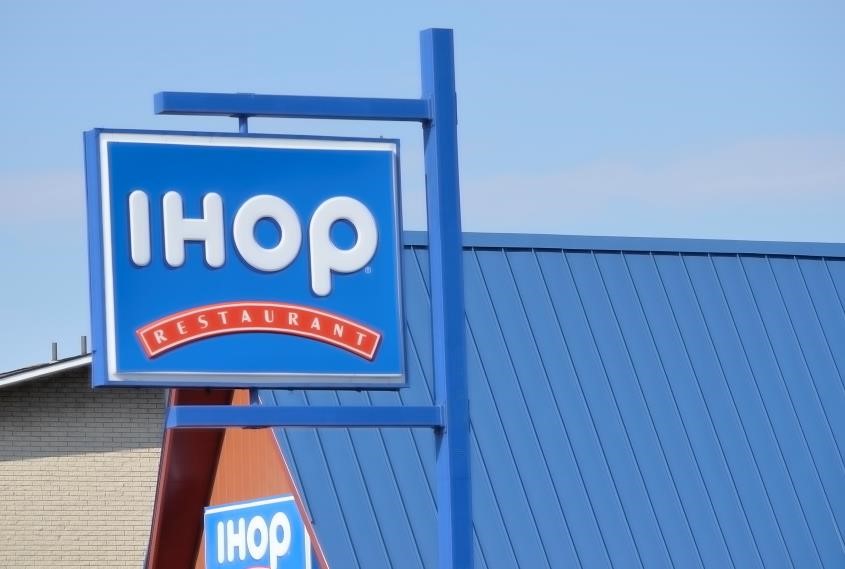 On June 11, the restaurant chain formerly known as IHOP (International House of Pancakes) revealed the meaning behind its announced “IHOb” rebranding.

The company teased the mystery name online in early June. While many speculated the theme would still be related to morning comfort foods – bacon, breakfast, buttermilk, etc. – the true name was more drastic: International House of Burgers. The name change is an allegedly temporary marketing tactic to release a new line of steak burgers, according to Forbes magazine. The new IHOb logo appears on the company’s website, its social media accounts and handles, menus and on buildings.

IHOP has been in business for about 60 years, and stated more than half of its customer base comes in during breakfast time, and then quickly dwindles the rest of the day (28 percent at lunch and 16 percent at dinner), NPR reported. The shakeup is to make those numbers more equal.

So, have you ever had a burger from IHOP? How do you feel about them becoming more rounded instead of focusing on breakfast? Vote now and share.

Here are the results of last week’s poll, which discussed President Trump’s continued fued with the NFL over its national anthem policy:

Trump continues feud with the NFL over National Anthem (poll)
Would you go high in the sky at the Jamesville Balloon Fest? (poll)
To Top