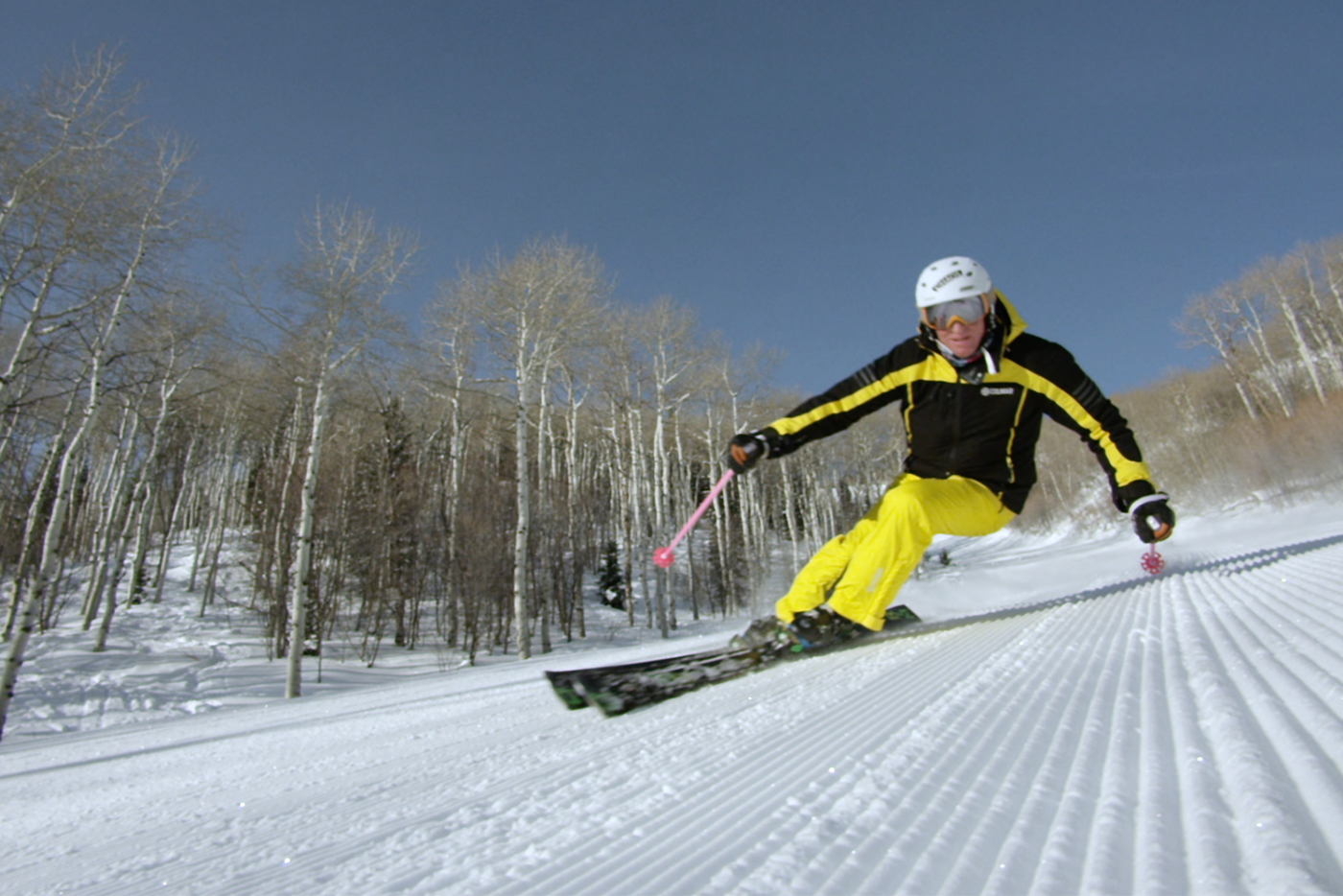 A sure sign that skiing season will soon be here is Here, There and Everywhere. The 67th annual ski feature from Warren Miller Entertainment will be screened Thursday, Nov. 10, 7:30 p.m., at the Landmark Theatre, 362 S. Salina St. Tickets are $17; call 475-7980 for details.

The new globetrotting travelogue specializes in wild and crazy athletes schussing the slopes. Veteran skier Chris Anthony, 46, who has participated in 22 previous Warren Miller outings, spoke with the Syracuse New Times about the filmmaking process. He just returned from Italy, where he started research on a film project about the post-World War II story involving the 10th Mountain Division ski troopers.

The red-haired Anthony also confided about how he earned the nickname Archie: “As a University of Colorado freshman in my first week I showed up at a party wearing this sweater that literally looked like the Archie Andrews comic character. The name stuck.” And interestingly, Anthony cites the 1941 Sonya Henie musical Sun Valley Serenade as his favorite ski flick: “It’s a collection of beautiful skiing footage and I appreciate it more than most people because now I know how hard it is to get it.”

How long have you been part of the Warren Miller series?

It’s my 27th year, and this year my segment will be a tribute to Stein Eriksen, the Olympic medalist (who died last December at age 88). He was definitely one of the first disciples of the sport: He was stylish, he was good-looking, he was Norwegian. He came to the United States and he exploded the modern ski industry with his ski schools.

Did the Warren Miller company approach you about performing in the movies?

I happened to be doing really well at a ski competition, there were some people from Warren Miller Entertainment there, and they needed a skier to go on a shoot in France, so they invited me. I literally grew up watching the Warren Miller films and idolizing Warren, so it was a dream come true. Ironically, a year prior I actually went to his house in Vail, where I also live, and dropped off a resume with photos and some film footage with the idea that maybe he would let me be in one of his films. It was a total coincidence that the other part of his production company came across me, so I guess things were meant to happen.

When you see a Warren Miller film, it’s very beautiful, it looks like a big budget, and everybody thinks, “Oh Hollywood, everyone has trailers, everything is glamorous.” That is not the case with a Warren Miller film. When you go on a shoot, you have a cameraman, if you’re lucky you have a sound guy, and you have the ski talent. You are also part of the production; you’re carrying things like the tripod, you’re helping out and then you also ski for it.

We will show up at a location and figure out what will bring out the best from this environment for the big shot on the screen: Where’s the sun. Where’s the light? What angle will we shoot from? So we scout the lines (of snow) and then it’s up to the athlete to exactly nail (the stunt), and the cameraman to get the shot.

There are times when our cameraman would say, “Hike up a half-hour (to a location) to ski this line,” and really what they are looking at is two seconds of that line that they have zoomed in on to nail it. If you’re five feet off, you might miss the shot, so it’s the synchronicity of the cameraman to communicate with the athlete over the radio or in person. It’s not easy; there’s a lot of work.

Has this process gotten easier with digital cameras?

They can actually shoot more and more, so you’re skiing more and more, but now they can check their shots in the field during the playback. Plus they don’t have to change the film in the camera anymore. For 95 percent of my career the cameraman only had three minutes in the film camera and he had to be super-efficient. Then he had to build a darkroom in the field, download the film into a canister and not let any light hit it, then store it into a backpack, then reload another reel, so it took forever. Now they have memory chips so they can shoot hours and hours.

Yeah, you need the big establishing shot to show the location where we’re at, then you nail down the medium shots, then you really get into the detail when you shoot the super close-ups at a super high speed so it comes out in slow motion. You can have one (snow) line where you’ve shot from six different angles at different camera rates (of speed) with different lenses: zoomed in, pulled out, different movements. You can really get a ton of material for the editors to work with, but you’ll only see maybe less than 10 percent of what we shoot (in the finished film).

How long does a segment take to film?

My segment runs nine minutes for this film and it took seven days of shooting at a ski resort (in Deer Valley, Utah), which is tons easier than being out at an uncontrolled environment. A big exotic shooting location, like when I went to Kazakhstan or Iran or China, you need a minimum of 15 days. And a lot of luck.

Your work as a youth mentor for Colorado Ski Country has snowballed into your own youth initiative project.

As a Warren Miller athlete, I was asked to go into schools and talk to kids. Now 18 years later I have my own outreach program with mentoring, education and scholarshipping kids to opportunities, and it’s become a massive part of my life now. Last year I went to schools and spoke to 15,000 kids and I scholarshipped a bunch of kids into different experiences. Actually, a few years ago at the World Cup I walked up to Mikaela Shiffron, who is one of the top female ski racers in the world, and introduced myself. And she said, “I know who you are: You spoke to us in the fifth grade!”

Queen For A Night With Symphoria
Season Greetings
To Top