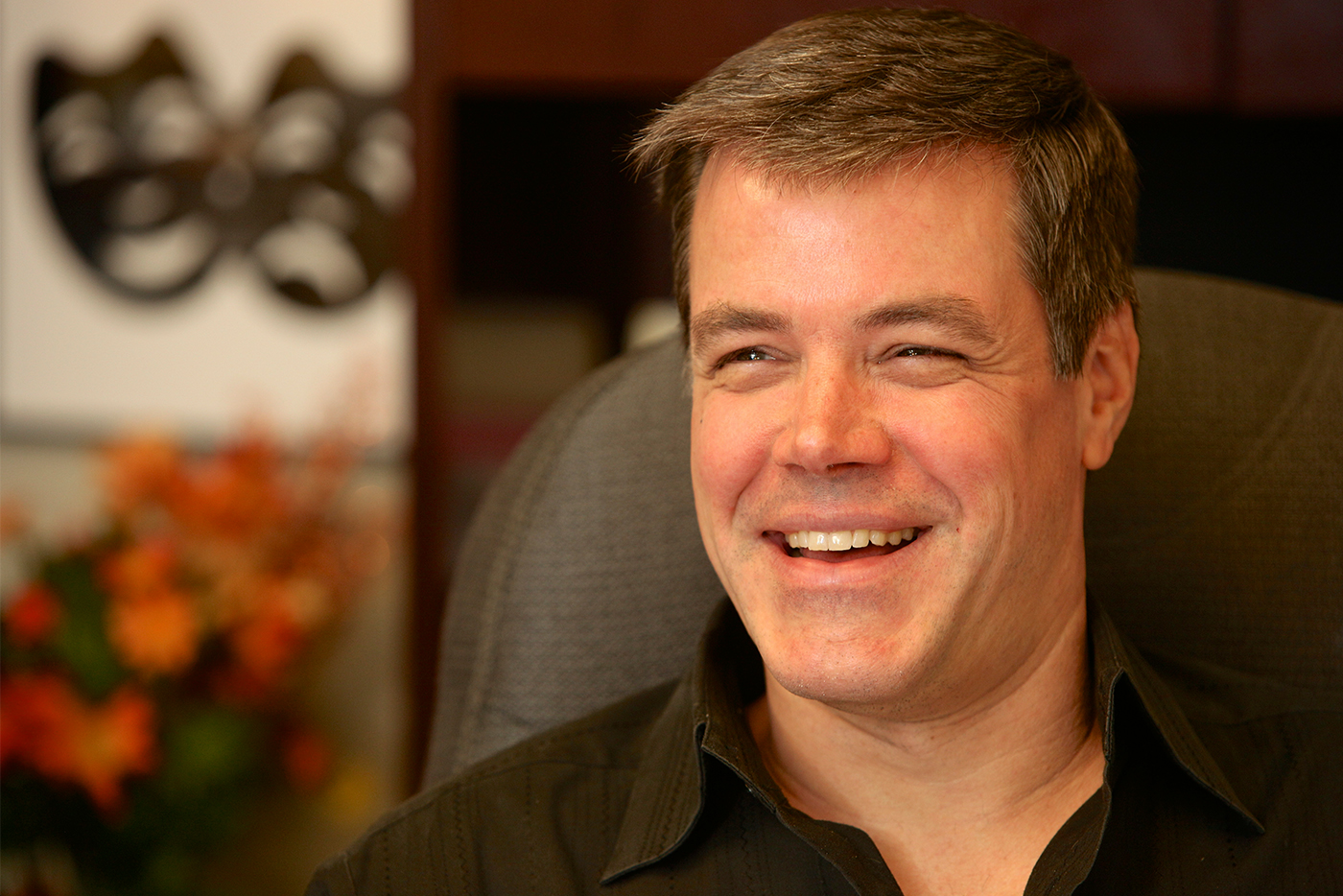 “I don’t want to compete with myself.” Kerby Thompson, the lanky, youthful-looking artistic director of Cortland Repertory Theatre, is talking about the directions his company might take now that it is going to run year-round.

The company, sometimes called Cortland Rep or CRT, has been around for 45 years, some of them shaky. There has been steady growth since Thompson took over in fall 2000. A $2.5 million campaign led to the building of the chic CRT Downtown that opened last year. Whatever dramatic wonders appear on the new stage, they will not be continuations of, or in competition with, what we see in the summer. 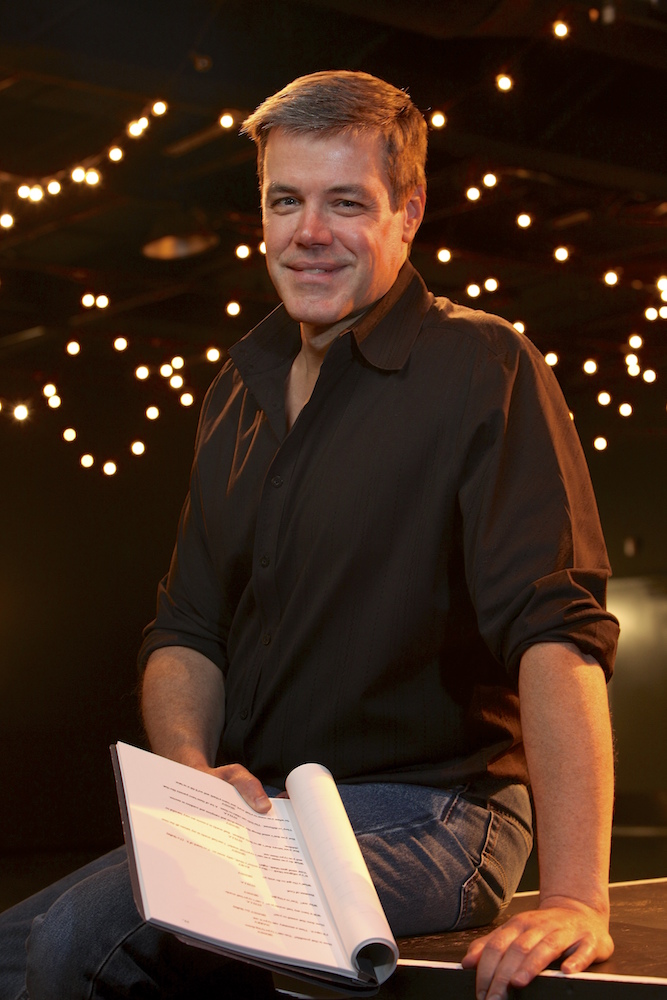 In the public mind Cortland Repertory has been identified with the circular Pavilion Theater on Little York Lake, which Syracusans reach via the Preble exit from Route 81. Altogether it’s one of the most beautiful venues in Central New York. The photogenic pavilion, built in the Teddy Roosevelt administration, offers an intimate stage where audiences sit a few feet away from performers, while generous exit balconies allow for spirited socializing before the curtain and at intermission. Despite the identity, the company does not own the building and can’t use it for anything but the performances.

Thus CRT Downtown serves many needs. Before the opening of the downtown venue, company functions were scattered around the city: the business office in one place, set construction in another, and room to rehearse dance numbers wherever it could be found. All of that is now brought together in one capacious space, along with a stage for cold-weather productions.

CRT Downtown is at 24 Port Watson St., the cross-street at the south end of the Cortland commercial hub. Main Street is a half-block away. There is abundant, well-lighted parking. The current edifice embraces what had been three attached buildings, including an auto dealership, a printing shop and a bowling alley. A weathered, decaying billboard of a giant bowling pin at 24 Port Watson had been a prominent eyesore before Cortland Repertory tore it down. The company’s high artistic standards under Thompson made the company a source of community pride before the building started, but striking that bowling pin was a public relations plus.

The first large room off the street offers enough space for, well, an automobile showroom. During business hours it’s a waiting room for the executive offices. When there’s a performance in the next space, it could serve as a schmooze-inducing recreation area at intermission, like the balconies at the Pavilion Theater.

That performance area is a black box without a stationary stage or rows of seats. “Black box” is a familiar term for a room, painted in black, that can be adapted for anything, with the right sets and lighting. Both Syracuse Stage and the Redhouse Arts Center have designated black boxes, used for rehearsals and also for experimental shows likely to appeal to select audiences. Most are smallish. With the right configuration, CRT Downtown’s could seat more than 300.

Because the room is bare, space can be configured to suit a director and producer’s expectations. Chairs could be ranked in rows, or they could be clustered around tables, cabaret style. The mobile stage might be flush against one wall, with the audience in the familiar position of looking in one direction. Or the stage could be put in the middle for theater-in-the-round shows.

When walking in the empty black box, one immediately becomes aware of the rather spongy or spring floor. A prime use of the space will be for dance rehearsals for musicals. There were two big ones last summer at the Pavilion Theater, West Side Story and A Chorus Line, and one small, The Marvelous Wonderettes.

The CRT Downtown black box has already been inaugurated. The company began to move in as different parts of 24 Port Watson were completed, and turn-away crowds showed up for musical fundraisers. The first dramatic offering at the new location came at the end of March, Doug Wright’s Pulitzer Prize-winning I Am My Own Wife, a one-man show with Jason Guy.

It’s the story of a masculine-appearing transvestite who somehow survived both the Nazi regime and the equally homophobic East German dictatorship. Irrepressible and morally ambiguous, the protagonist acquired an extensive collection of antiques and earned extra income by informing to the dreaded Stasi, the secret police. Wife would have been unimaginable on the summer calendar. The director, however, was Bill Kincaid, veteran of many summer shows.

Back to Thompson’s quotation about not competing with his summer self, the company has nothing to gain by producing the same kind of fare in the winter months. Too much of good thing can lead to a sense of sameness. Further, a high percentage of summer audiences are “summer people,” residents of other regions with camps and cottages adjacent to Central New York’s many lakes. Local audiences already support the often adventurous offerings of the SUNY Cortland Drama Department, or they drive to Syracuse and Ithaca for theatrical fixes. They can be persuaded to cut driving time.

In mid-October came two one-acts to better gauge what new audiences might respond to. The black comedy The Receptionist by hot young playwright Adam Bock, whose work often appears at Ithaca’s Kitchen Theatre, was paired with the psychological drama The Birds, based on the decades-old short story by Daphne du Maurier that Alfred Hitchcock reset in California for his landmark 1963 film. Although moved to New England, this version came from Irish playwright Conor McPherson (The Weir, This Lime Tree Bower), whose reputation is even higher than Bock’s. For these one-acts, a long, narrow stage was placed between two ranks of well-upholstered seats.

Thompson’s popularity within the community, as well as his ability to strengthen Cortland Repertory’s financial health to allow the move to the new facility, is based upon a string of assets. Audiences love his witty, self-effacing curtain speeches, usually wearing a surprise costume appropriate to the show. More important, of course, are his high artistic standards, assembling a crack corps of backstage people, and a sharp eye for the transient talent that comes up from New York City.

Above these is Thompson’s singular ability to anticipate what his audiences will embrace, especially when the choice is counter-intuitive. John Cariani’s Almost, Maine, nine interconnected playlets about love, disappointment and madness, shows Thompson at his most astute. The 2006 New York City opening was trashed by leading voices in the press, and the show suffered a short run. In the 10 years since, Almost, Maine has become the test case for how the tastes of Gotham contrast with those in the hinterlands. But Thompson’s Almost, Maine opened in August 2007, putting him way ahead of the curve, and perhaps leading it. The Syracuse Stage production of Almost, Maine followed in 2010.

Thompson, now in his early 50s, has spent nearly all of his adult life working in live theater. He was born in Chepachet, R.I., one of the last remaining rural plots in the state, and attended the University of New Hampshire in Durham, majoring in communications. Tall, thin and athletic, he was first in demand as a dancer. That talent is less often called for in Cortland, although one of his most popular roles was as the rough-talking, gold-wearing teacher in Richard Alfieri’s Six Dance Lessons in Six Weeks (August 2010). His good looks and native comic ability took him off his hoofs into speaking roles. All the while he was Manhattan-based as he criss-crossed the country, taking roles where they arose. This was an apprenticeship in how theaters work.

One assignment landed him at Cortland Repertory at Little York Lake, where he was enthusiastically received. When the CRT Board’s unhappiness with Thompson’s predecessor peaked, the door opened for a longer stay in Central New York. Sixteen years later the trend is up.