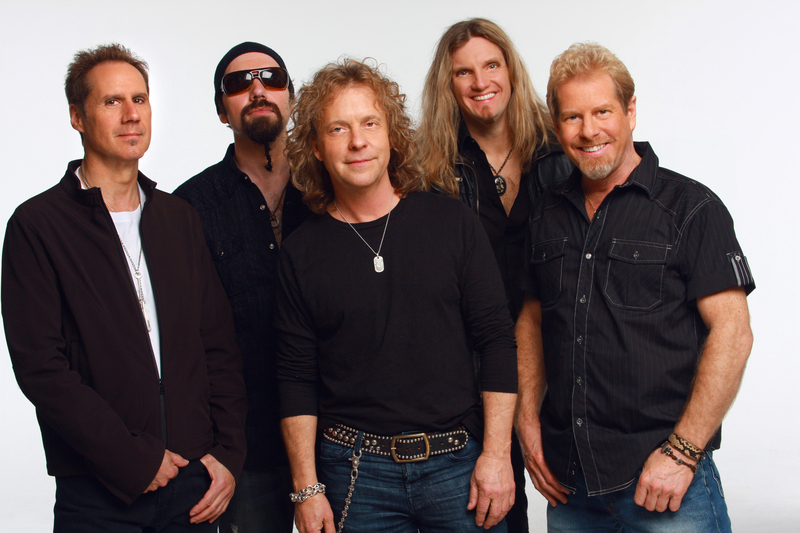 Harborfest runs from Thursday, July 27, through Sunday, July 30, in the city of Oswego and alongside Lake Ontario. The 30th anniversary edition will again feature free admission.

For his second year, executive director Peter Myles’ goal is to maintain the traditional family-friendly atmosphere, while adding elements to prevent the summer celebration from getting stale.

Since he came aboard in January 2016, Myles encouraged the James E. Strates Shows to bring back a familiar facet of any midway: a Ferris wheel. Myles also spearheaded the creation of a parking plan that was a big change from previous years. “It worked out well,” Myles said. “I just met with the police and traffic departments to finalize the plans. We had to make sure the conversation is kept going and that we’re all on the same page.”

The Grucci fireworks display will launch from Fort Ontario and soar into the nighttime sky on Saturday, July 29. There will also be a slew of regional performers, Irish dance companies and musicians, as well as four nights of headlining acts that include The Family Stone, Night Ranger, Frostbit Blue and the Fleetwood Mac tribute band Rumours.

“We hope all our attendees have a great time and a safe time. And hope for good weather. That’s all I can ask for,” Myles said. Here are some other details about the upcoming event.

Before you were hired, did you have any involvement with the festival?

I was an attendee, but I wasn’t involved with the organization or setup of Harborfest.

What did you do before that?

I retired from the Oswego City School District in 2016. I was with the district for 34 years, starting off as a teacher and worked through different administrative positions. I retired as the director of personnel.

In that time period, I saw that Harborfest was looking for an executive director. I applied and went through the process before being appointed by the board.

With this being your second festival, how have you enjoyed your time so far?

I’ve enjoyed it. It’s totally different from education. It’s a nice change of pace. I didn’t really know what to expect, but I never expected this in terms of how much work it is to put on a festival of this size. It’s enjoyable and doable, but there’s a lot to it.

Do you oversee the piecing together of the festival or do you roll up your sleeves and get involved?

I try to keep my hands in all aspects. It’s more than a supervisor role. I refer to Harborfest as a large puzzle. We’re tasked with putting all the pieces together.

We don’t have a large staff. We have about five people, myself included, working part time to take on a certain area of responsibility. As examples, there’s a vendor coordinator and a business manager among other titles. We have a great group.

As the festival approaches we recruit around 150 volunteers to help with just about everything: setting up the fences, laying out the vendors, information booth and custodial crew.

Aside from the returning Ferris wheel, what’s new this year?

Last year was the first time in a long time we had a Ferris wheel. It was a new purchase by the Strates Shows, which runs the midway. It’s a really nice Ferris wheel and quite the attraction. Where we set up the midway is almost right on the lake. It’s a great place to have the ride.

Strates does have a couple new rides, but they haven’t revealed what they are yet. So we don’t have a choice but to keep it a secret.

We have some interesting units this year. L.L. Bean has a boot mobile, which looks like one of their duck boots. Geico will have a huge merchandising unit as well.

We’re also going to have a gazebo by the food tent, and we’re going to have local musicians play there Friday afternoon. It’s a quiet time in the festival, and we want to draw people to Breitbeck Park. There will be a few musicians playing for about 45 minutes. This is in addition to the 50-plus performers. It’ll be a great afternoon for people to enjoy lunch in the park.

We are going to have helicopter rides as well. These are new to the festival. They’ll take off from the ball field on the west end of Breitbeck Park. It’s reasonably priced at $20 per person. It’s a small helicopter, which holds three people plus the pilot.

What do you hope for the future?

We’re going to continue to move forward and keep the festival going. Once this year is over, we’ll really start planning it. Every year it’s essentially planning a new festival. You don’t have the same performers. Many of the vendors will come back year after year. Some of the old ones will leave and there will always be new ones no matter what. There will be different food trucks this year. The goal is to keep it fresh with food and market vendors.

What are you personally looking forward to this year?

A dry weekend? (Laughs.) Last year the grass was so brown. This year is the complete opposite: It’s very green. I always look forward to a great, well-attended festival. Of course, weather plays a factor in this.

People always ask if I’m ready for the festival. I say, ready or not, Harborfest is going to be here. But we’ll be ready.