Byron Cage is a different story.

The normal story goes like this: Musician starts playing as a child, studies music during his or her wonder years, forms a band, tries to make it big and scrambles for press, gigs and possibly fame. The musicmaker either works his or her way up to a point of success, which varies in definition — or else gives up trying.

Byron Cage is a different story.

Cage describes his start on drums as one of a spectator. He had older brothers, parents and cousins who played, but he didn’t own his own drum set until he was a junior at Liberty University in Lynchburg, Va. He graduated in 2006, followed by a career that has included playing with Boyd Tinsley (of the Dave Matthews Band) and touring the world with musicians such as Tommy Castro and Joe Louis Walker.

He also surrendered his gig with Castro to save his brother’s life by giving him his kidney. Cage’s story, you see, is very different.

“It seems like things just come (to me), but I can’t attribute that to me necessarily other than just being ready and networking,” Cage says. “You’ve got to go out to all the jams, go to the shows. Networking is marketing for yourself. You’re a business owner. I am my business. It’s something a lot of musicians take for granted, but it’s huge. If you’re not out there meeting people, then no one’s saying, ‘Hey, I know a guy that might be free (for a gig).’ You won’t be able to take advantage of those opportunities.”

Cage’s father was a pastor and musician at Eternal Worship Church on James Street, so gospel music was in his blood. But Cage went to Liberty to study psychology (he’s working toward his master’s degree now) and only really started digging into drums when a football injury halted the game for him. 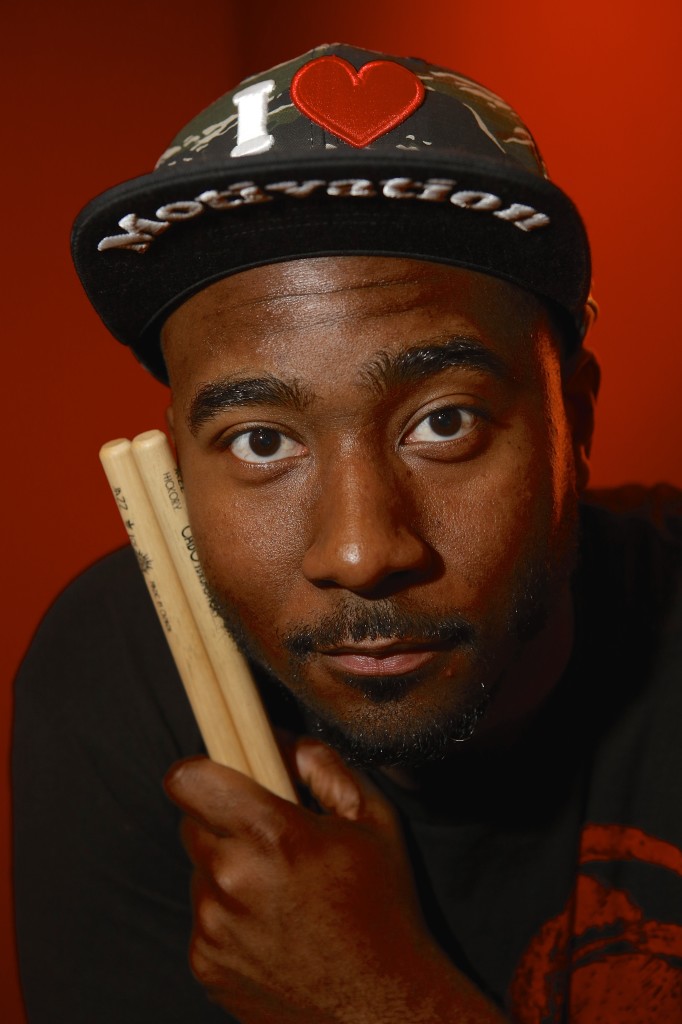 “My father passed away in 2009, two weeks before I started touring. I asked him about it. He said, ‘You know what, son? Do it. You won’t know what it’s like until you get out there and do it.’ That’s the last conversation we had about the music thing. He kind of gave me an order. I have to be successful because that’s the last thing we spoke about. It’s another reason I worked so hard studying and getting ready, nailing the gig. It’s emotional. Every time I go out of the country, I know dad can see me doing what I’m doing, what we talked about, what he told me to do. I’m not doing it just for me.” (Michael Davis Photo | Syracuse New Times)

But once he dug in, he was drilling a hole to China. Cage was constantly getting asked to sit in on gospel and jazz gigs, improving as he went and keeping his ears open. He joined a band, 6 Chasing 7, and started learning keys.

“My father played piano, so I just listened and played what I heard,” Cage says. “I would come home on break and want to take a break from drums at church, so I sat behind the organ.”

It was around that time when Tinsley was looking to produce a local band, and 6 Chasing 7 was pegged. “We got connected with Boyd and he was like, ‘Let’s get together and have some fun,’ and it was like, ‘You’re Boyd Tinsley! Sure,’” Cage recalls. The band recorded at Tinsley’s personal studio as well as Haunted Hollow, Dave Matthews’ studio. They thought it would just be a few tracks, yet it turned into an entire album, soon to be released.

Once that happened, Cage started working with pianist James Pace, followed by a move to Nashville, which in turn led to playing with harmonica player and singer Jason Ricci. While on tour, Cage met Tommy Castro. “He was the nicest guy ever,” Cage recalls.

When Ricci abruptly stopped touring, Cage was in a tough spot: He was never paid for the final tour and was suddenly left alone in Nashville. “I was playing for $20 a night,” he remembers. But Castro asked Cage to relocate to San Francisco to join his band. Cage bought a van for $700, packed up and headed west.

Things were going well until Cage’s mother gave him some unfortunate news: His brother James needed a kidney transplant. It turned out that Cage was the closest match. Without skipping a beat, he stepped down from Castro’s band and moved home to help his brother.

Soon after his brother’s recovery, Joe Louis Walker got wind of Cage’s free time and asked him to join the band. Today, Cage is on the road again.

“It’s been a crazy ride so far,” Cage says. “But you’ve got to stay ready for these opportunities. You’ve got to want to listen and learn. Unless you have a teachable attitude toward it, you won’t pick anything up. I don’t mind sitting behind someone and watching and learning. I love to do that. It’s one of those things: If you want it bad enough, you’ll find a way to create what you need.”

Emanuel Washington of Sophistafunk: Cage’s uncle is Washington’s godfather. They met in Syracuse in 2004. “I love him,” Cage says, “his energy and style.”

Mike Kelly, Gustav Hoffman and Alex and the Boatmen: The four recently started a band, Good Ghost, and Cage records and performs with these musicians when he’s in town. “It’s a departure from what I would normally do and I think that’s why I like it so much,” he says. “I’ve learned so many tunes of different styles and it’s opening me up.”

Melissa Gardner: After meeting while working on Jesse Collins’ project, the two hit it off. “We have some international dates in the works under her name and we are looking to put a New Orleans-style brass band together in Syracuse,” he says.

Tommy Castro and the Painkillers, The Devil You Know (2014)
Cage is a player on the album as well as a songwriting contributor. Other big names on the disc: Marcia Ball, the Holmes Brothers, Joe Bonamassa, Mark Karan, Tab Benoit, Samantha Fish, Tasha Taylor and the J. Geils Band’s Magic Dick.

States Cage has performed in

Countries Cage has performed in

Siblings, Cage is the youngest 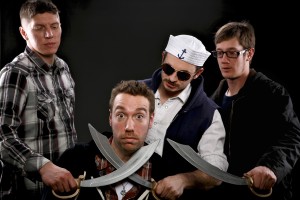 “Byron and I went to high school together. I didn’t realize how serious he was (about music) until I saw him touring with Tommy Castro. He actually messaged me when he saw I was playing more. He’s a phenomenal talent, one of the most professional, humble guys I’ve ever met in my life. It blows my mind. I look him up on Facebook and he’s in New York one night, Arizona now. It’s like, weren’t you just rehearsing with us two days ago? He’s a machine: Hard work and networking certainly got him some connections in the business. He’s helped fill in with the Boatmen a few times. He’s able to do homework on the fly. Give him lists of songs, no rehearsals and he’ll show up at the gig and know how to do it. He’s constantly learning.”

From the Vault: Mark Tiffault
Royal Treat
To Top