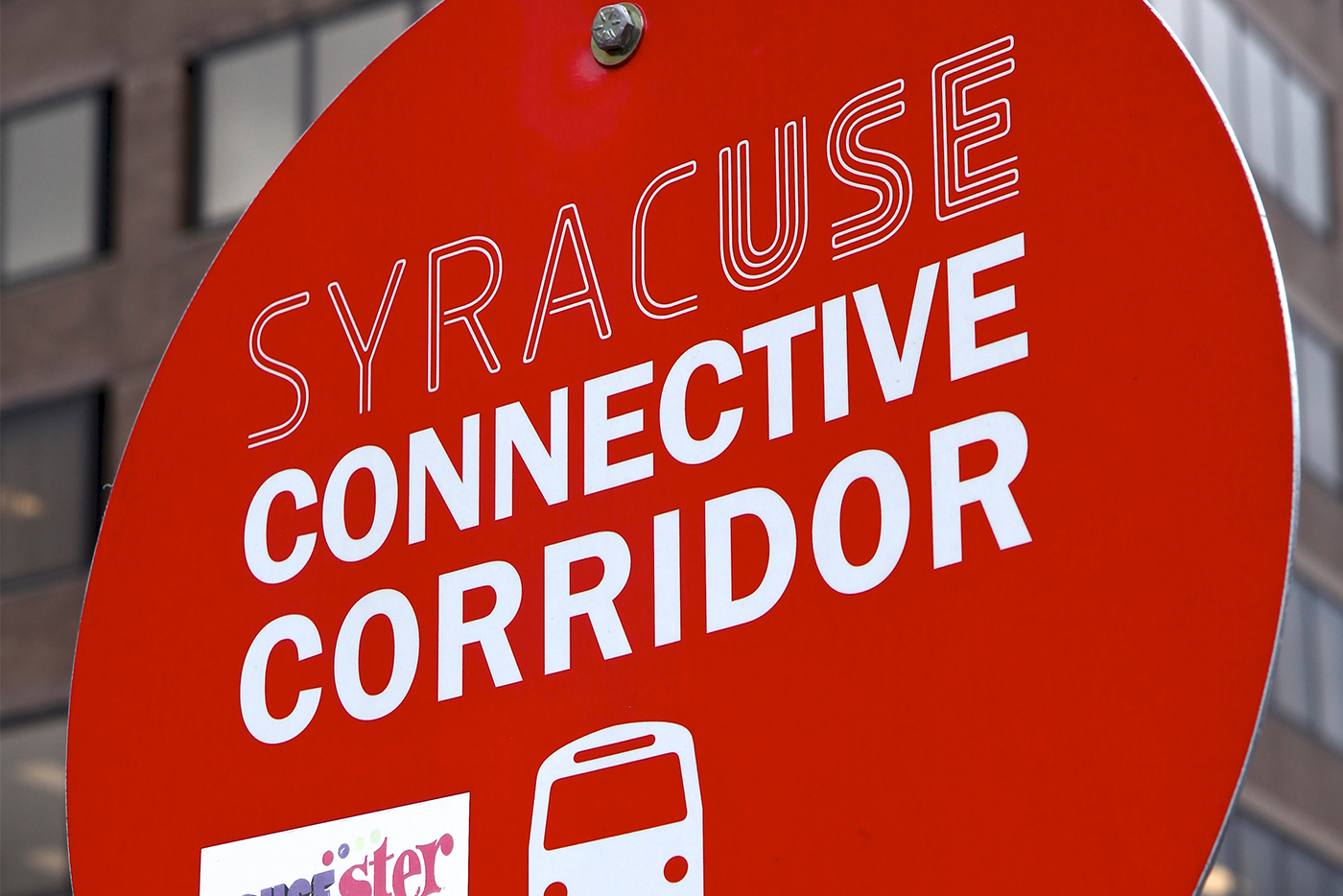 It’s 8:45 a.m. when Shonnan Usman, a 21-year-old rising senior at Syracuse University, clips his blue Columbian across his chest and walks his bike down the driveway.

On his way to the university, Usman detours to the Crowne Plaza Hotel to his favorite scenic spot at Forman Park, then pedals faster up the hill on East Genesee Street, his eyes following the green bike lane up to University Avenue. From there, he settles near the Hall of Languages, where his day of business begins.

This path Usman takes every morning to SU was created 11 years ago. The Connective Corridor began as a mere illumination project to create friendly pedestrian walkways and bicycle paths, running from University Hill to downtown Syracuse. Over the years, the Connective Corridor team expanded their mission to beautifying the two-mile route; this included new facades, public art, drain systems and more.

The Connective Corridor team is at the end of their infrastructure funding and is now focusing on infusing their improvements with university talent and entrepreneurs. Their impact on the downtown area has opened new artistic and business opportunities for residents.

An example of new opportunity is the 40 Below Public Arts Task Force, an arts initiative group that works to keep art alive within Syracuse culture. Led by co-chairs Ryan Wood and Miranda Traudt, both affiliates are working with the Connective Corridor to help fund artistic opportunities for the people of Syracuse.

Their recent project, “Reimagine Place,” was a contest for local artists to submit architectural designs to be evaluated and possibly win $80,000 in funding to construct their design with local firms. 40 Below collaborated with the American Institute of Architects in CNY, or AIA, to bring in architecture experts to evaluate the designs, as well as the Downtown Committee of Syracuse and SU’s Office of Community Engagement and Economic Development.

Linda Dickerson-Hartsock, former director of the Connective Corridor, is one of the team members who now invests in young entrepreneurs and their start-ups. “We built streets,” she said, “and now we want to build bridges.”

Earlier this year, she became the executive director of Blackstone Launchpad at SU, an international, charitable foundation that provides entrepreneurial resources for people who plan to start a business. Dickerson-Hartsock and a team of financial experts work with small businesses and guide aspiring entrepreneurs through ideation, launch and expansion phases.

Blackstone holds financial forums throughout the year. During a July meeting, aspiring entrepreneurs worked on the art of business-pitching. Usman attended the finance forum to update his financial adviser about his project, “Far West batik.”

Native to Indonesia, “batik” is the production process for dying textiles. Usman’s parents immigrated to Syracuse in 1985 and brought many of their native textiles with them. When Usman wore batik clothing around campus, people asked where he got its, which prompted him to start a batik business in Syracuse.

“I wanted to bring batik to the Western market to show that colorful was beautiful,” Usman said. 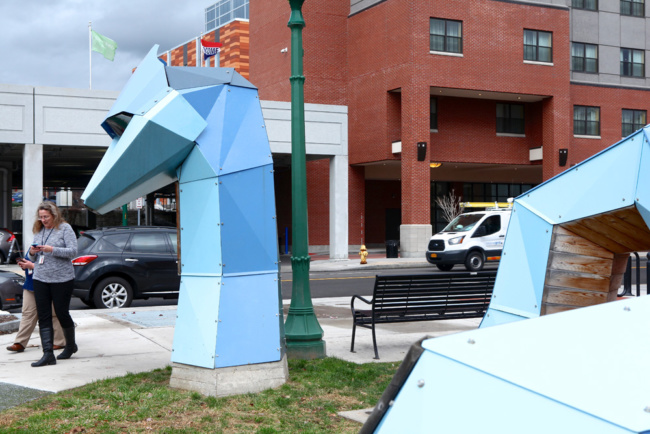 Dickerson-Hartsock and the Connective Corridor team are also working to draw attention to Syracuse artists. The team’s call to commission national and international artists last year brought many artists to Syracuse, where they created public art pieces. Many of these installations are completed, such as the baby-blue Loch Ness that pops up along the Onondaga Creekwalk, created by local artist Brendan Rose; the Rack Pack bicycle stands used along sidewalks, fabricated by local artist Michael Giannattasio; and the “Summer Waits” and “Winter Longs” murals on the bridges above West and Fayette streets, painted by national artist Steve Powers.

The Connective Corridor team’s goal is to promote civic engagement through new art and small business. Quinton Fletchall, 25, SU alum and a member of the project, has a mission to continue providing opportunities to local artists who are not prominent in the art world.

Fletchall is another example of a successful young entrepreneur who received help from the Connective Corridor project. Working alongside Dickerson-Hartsock, Fletchall began his affiliation while an undergrad work-study student. He became an entrepreneur during his graduate career, when he received advice from Dickerson-Hartsock to start his own design firm, Inquiry Design Consulting.

Fletchall’s firm has been working with local artists for the past two years and commonly networks with 40 Below. Originally from Iowa, Fletchall has created a strong network for himself in Syracuse and recently became director of public art for SU’s Office of Community Engagement and Economic Development.

The missions of these Syracuse organizations are similar: to invite community involvement into artistic and business initiatives. Whether Linda Dickerson-Hartsock is giving advice on a new cafe idea or Quinton Fletchall is helping design a mural in the Westcott neighborhood, there are resources for aspiring artists and entrepreneurs.

The Connective Corridor team has already enlivened the heart of Syracuse with new paintings, bike racks, signs and roads. It is now up to the community to inhabit these changes and use ideas to create something. “This is the beginning of a generational change,” Dickerson-Hartsock said.

A Holly Jolly Coachmen Christmas
Memories of Mario
To Top