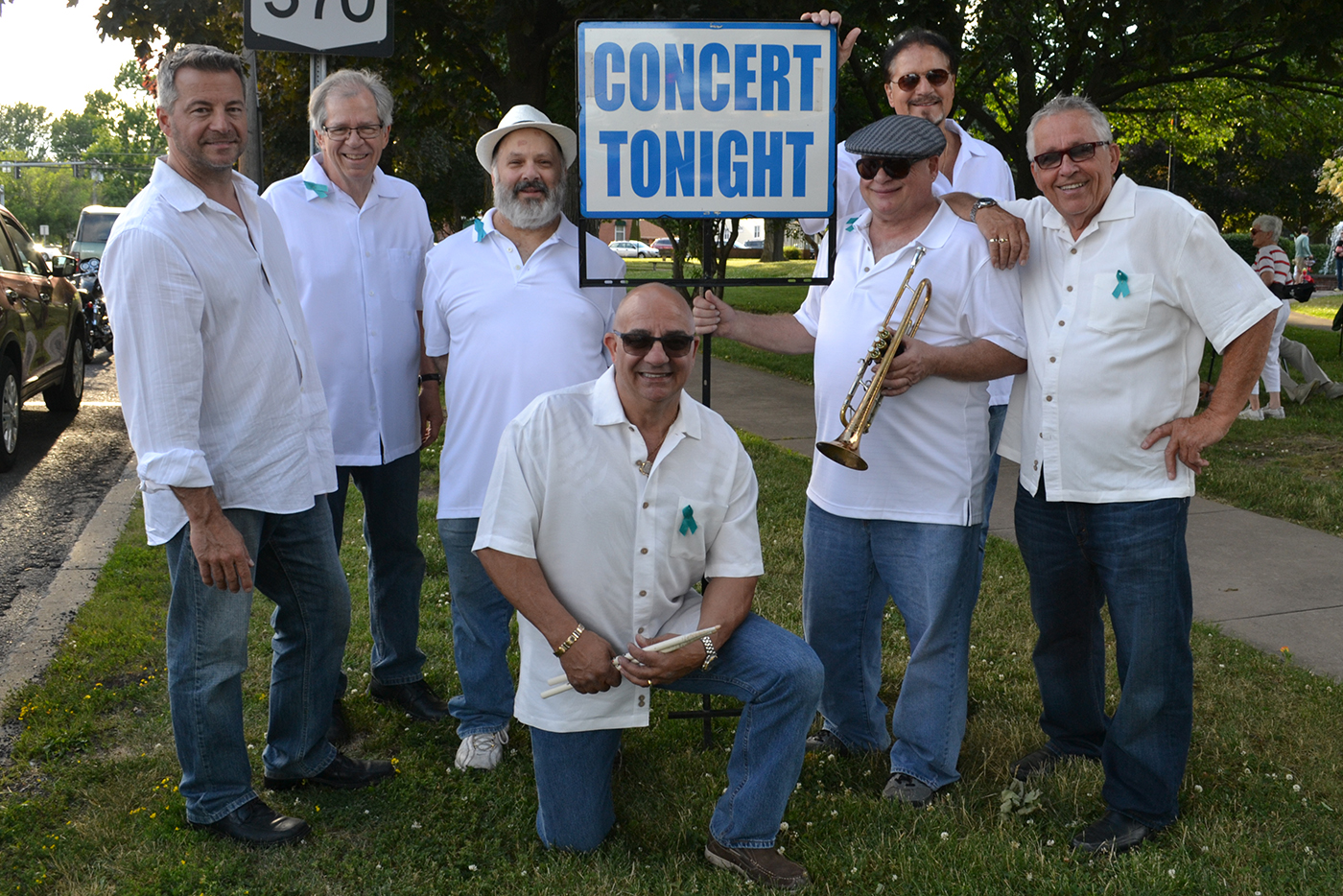 The Coachmen highlight the History of Syracuse Rock’n’Roll Then and Now music series.

A cavalcade of Salt City rockers convenes for a yuletide bash this weekend, which also serves as a fond farewell to a favorite music venue.

The History of Syracuse Rock’n’Roll Then and Now music series is the brainchild of Dinosaur Radio morning drive jock Nick Caplan and producer Ron Wray, as they conspired to reunite legendary Central New York rock bands from the 1960s and 1970s. The concerts began in summer 2014 and now the 17th edition will take the stage Sunday, Dec, 4, 4:30 to 8:30 p.m., at Pensebene’s Casa Grande, 135 State Fair Blvd. Admission is $6.

Headlining the Christmas extravaganza will be The Coachmen, a seven-piece unit that started in 1968. “We wore suits and ties at first,” recalls Hammond B-3 organist Michael Davis about his band’s wardrobe, “then added fringe during the psychedelic era.” The rockers packed area clubs for several years, then took an extended hiatus of several decades.

Yet the January 2007 death of ace Coachmen guitarist Gary Zamory led several original members to recall the rockin’ good times during his wake, which spurred the seeds for the band’s 21st-century revival. “We’re just focused on having fun,” Davis insisted back in 2007, as the group will soon celebrate 10 years of making music again.

Aside from keyboardist Davis, who is also the Syracuse New Times photographer, other Coachmen include Joe Neri on bass guitar and vocals; guitarist Dickie Cappotto; John Saltamach on trumpet and vocals; Dave Frateshi on saxophone, flute and vocals; Rob Sherwood on trombone and vocals; and Roc Carbone on drums and vocals. Expect a seasonal chestnut with guest baritone Bob Brown as well as plenty of dance music — everything from Santana to Chicago — during The Coachmen’s set.

Flanking The Coachmen will be a performance by the internationally acclaimed dynamic duo of guitarists Loren Barrigar and Mark Mazengarb. Then the evening climaxes with music from the History of Syracuse Rock’n’Roll All-Star Band, featuring bass guitarists Bill Weiss and Ted Storto; drummers Dave Hanlon and Ed McBarron; keyboardists Shane Storto and Steve Schad; and guitarists Dave Novak, Mike Ferrante, Don Shoudy and Mark Hoffmann. Throughout the night, vocalist Sheila Tucker will perform a tune or two alongside each act.

The nomadic History of Syracuse Rock’n’Roll Then and Now concerts will have to find a new home following this weekend’s sonic summit, however. Pensebene’s Casa Grande is closing at the end of the year when its food and liquor licenses run out.

Soon-to-retire owner Terry Pensebene has managed the banquet facility, which holds up to 299 people, for 10 years. In 1992 the Knights of Columbus built the sturdy venue, which has hosted everything from wedding receptions to performances presented by the Jazz Appreciation Society of Syracuse. Housing for the mentally challenged is slated to be constructed at the State Fair Boulevard location.

Prior to his Casa Grande stint, Pensebene notched 42 years at the former Park West, corner of Milton Avenue and Onondaga Road, where he specialized in Italian-American cuisine. That Camillus location is now home to CopperTop Tavern.

During one of the weekly lunchtime meetings presided by Caplan and Wray, Pensebene took a moment to reflect on his career. “I have more memories of the other place,” he noted, then pointed to the Caplan bunch in noshing mode, “but those guys made it a lot of fun over here, too.”