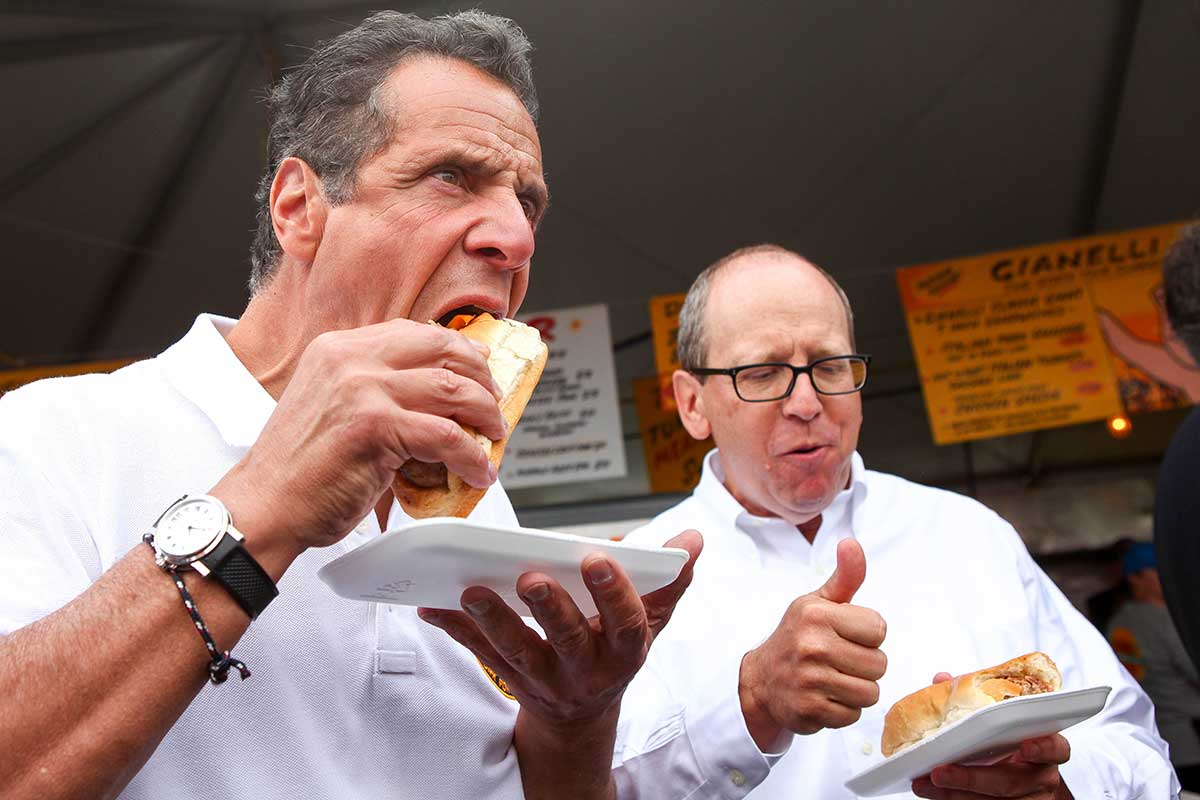 People depend on newsrooms to tell them who is responsible for what. That’s what Gov. Andrew Cuomo now wants to take away by making mug shots private.

News about crime is very much the focal point of modern-day journalism, especially in local newsrooms. The public has long accepted this, despite most of those stories having absolutely no relevance to their lives.

But when they are relevant, that’s when people depend on newsrooms most to tell them who is responsible and for what. That’s what Gov. Andrew Cuomo now apparently wants to take away.

In his 2020 executive budget, the governor has proposed banning the public disclosure of “mug shots” and “booking information” compiled by law enforcement agencies whenever they make arrests. Such a change would require amending New York’s Freedom of Information Law.

Cuomo believes that releasing a person’s arrest photo or other booking information to news media, as is current general practice, would constitute an “unwanted invasion of personal privacy.”

The only thing more ridiculous than this proposal is Cuomo’s motivation behind it. The intent is to curb illegitimate “news” websites from posting a suspect’s information and mug shot and then charging that suspect hundreds of dollars to take them down.

Now it’s not like that in itself isn’t a major problem. It certainly is. But there must be better measures that can take this issue directly to the websites instead of a foolish outright ban on information that the public is entitled to know. If the back door of your house is broken, you don’t go buy a new house.

Again, that man who was arrested for having cocaine at his home isn’t likely to impact you that much — unless that man turned out to be the principal of the school your kids go to.

Cuomo’s proposal could prevent us from knowing that the man who lives next door is a sex offender; that the woman who cuts our hair defrauded her customers; that our bus driver was driving drunk; that our mayor stole money from the treasury; or even that our own brother-in-law who babysits our children was recently arrested for domestic abuse.

The governor’s allies argue that this isn’t a “ban” and that police agencies would have a great deal of discretion on what gets released to the public. That’s even worse: Instead of full disclosure, we get selective disclosure. Police can choose what information we should know. Do you think they would choose to release the name of a suspect if it was a police officer who was arrested?

And worse yet, such secrecy could lead to excuses not to release information on our political leaders accused of wrongdoing. Gov. Cuomo’s life would have been a lot easier if he didn’t have to answer questions about the arrests of state Assembly Speaker Sheldon Silver and state Senate Majority Leader Dean Skelos, to say nothing about Joe Percoco, his former top aide he likened to a brother who was charged and convicted in a bribery scheme.

This is not just about the safety of the public, either, but also the accused. Withholding arrests and mug shots could prevent any potential witnesses from coming forward with evidence or testimony proving a suspect’s innocence. And if a suspect was mistreated by law enforcement, like being interrogated or coerced into admitting to something they didn’t do, would we ever find out about that?

Cuomo and his office claim this extreme measure is the only effective way to go after these websites that exploit crime news to make money.

“Passing legislation that prohibits websites from charging fees for removing photos has been tried by 15 other states and is not working — mug shots keep popping up online,” Cuomo spokesman Jason Conwall recently told reporters.

True as that may be, eliminating such a known level of transparency — the purpose of which is to inform and protect the public — is hardly a good alternative.

Try something else, Gov. Cuomo. It’s a terrible solution to a problem that, in turn, would just cause another problem.

Column | Who picks the president, the public or the media?
Column | NY Senate could derail Amazon’s plans to build NYC headquarters
To Top