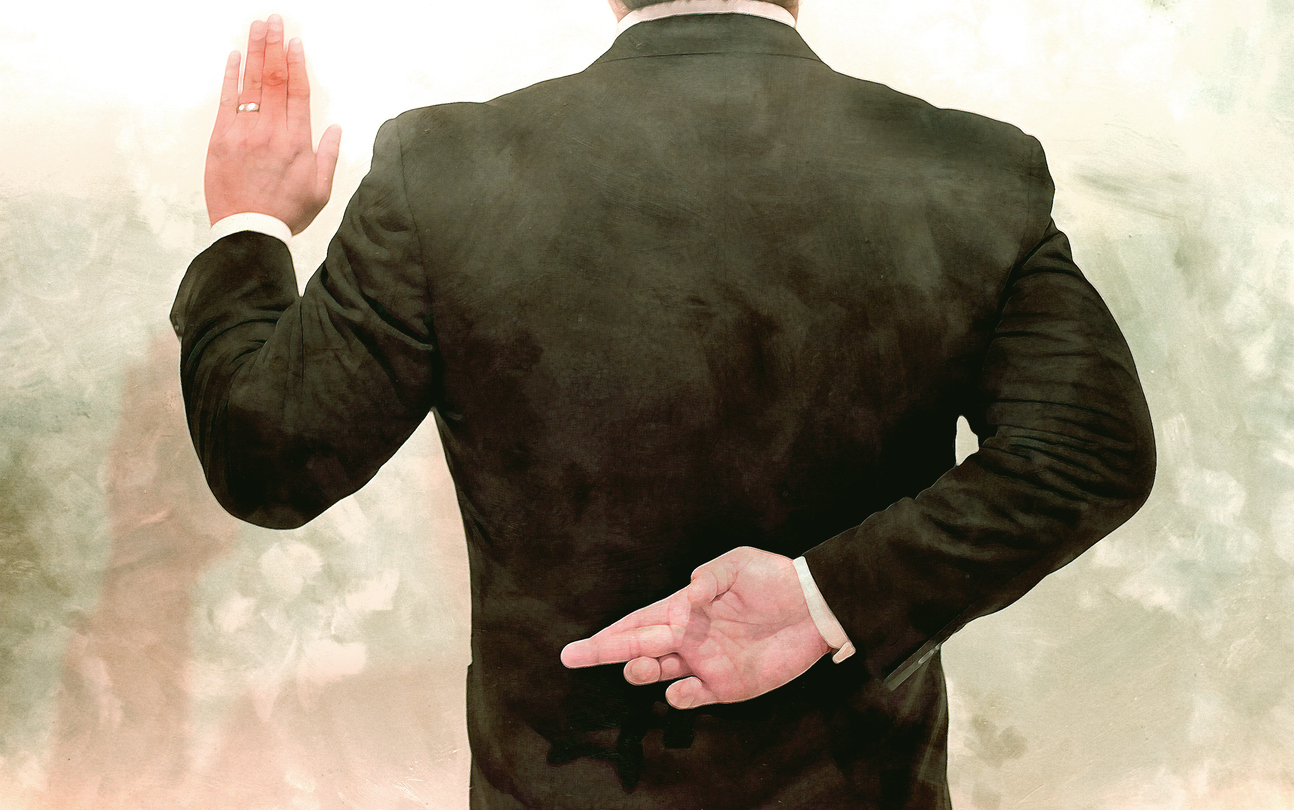 Like a broken record, columnists Luke Parsnow once again calls for a reckoning on corruption in the state Legislature as we head into 2019.

This time last year, in the Jan. 3 piece “More Retrials For Corrupt Pols On 2018’s Docket,” I said 2018 needed to be a real year of reckoning for corruption in New York state government.

It was a year filled with multiple trials and convictions of high-profile state lawmakers and officials that highlighted several types of regular wrongdoing, from extortion in the Legislature to bid-rigging schemes deep inside New York’s economic development programs.

Despite the constant news of yet another state official found guilty of corruption charges and despite the added pressure that it was an election year, including for the governor, addressing corruption was as scant in the Legislature’s 2018 political priorities as it ever has been.

As the Legislature reconvenes this week for a new six-month session, we must continue to demand for that year of reckoning. 2019 will not be filled with the trials and convictions of a former top aide to Gov. Andrew Cuomo (Joseph Percoco), the former state Assembly speaker (Sheldon Silver), former Senate majority leader (Dean Skelos) or the former SUNY Polytechnic Institute president (Alain Kaloyeros). But the need to tackle this problem head-on remains just as urgent.

2019 also comes with a new tectonic shift of power in Albany. Gov. Andrew Cuomo, freshly re-elected overwhelmingly to a third term, will preside over a complete Democratic-controlled government — something that has only happened two other times in the last half-century. Democrats won a sizable majority in the state Senate in November’s elections.

Democrats in Albany, and to some extent Gov. Cuomo, have attempted for the last few years to illustrate themselves as the party that wants to address ethics reform. They have religiously placed the blame on Senate Republicans for any lack of progress. Now they are in control, and they have to walk the talk.

They should immediately introduce campaign finance reform, which includes closing the limited liability company loophole, which allows big donors and special interests to circumvent the state’s campaign finance laws and funnel millions of dollars to the candidates of their choice. They should put strict campaign contribution limits on state vendors to stop the endless pay-to-play culture in Albany.

They should pass a law that enacts an outright ban or strict limit on the amount of outside income that lawmakers earn when they are not in session. Jobs back in their home districts have the potential to create conflicts of interest with their governmental duties and create opportunities for corrupt bargains.

The Committee on Legislative and Executive Compensation addressed this in December when it agreed to give the Legislature their first pay raise in 20 years while limiting outside income to 15 percent. Yet the move has received hostile reactions from legislators, and its future cannot be guaranteed.

Lawmakers should also impose term limits on leadership posts in both chambers in order to stop entrenching individuals in powerful positions for decades where they can learn to abuse them for financial gain. This is an area where Democrats repeatedly trip over themselves when claiming to be the anti-corruption party. Senate Republicans passed such a measure multiple times over the last few years, but it has never been taken up in the Assembly.

“Term limits are not something that the conference supports,” Democratic Assembly Speaker Carl Heastie said two years ago. But it is something the people support, and that’s why it should become standard.

The Legislature should also dissemble the useless Joint Commission on Public Ethics and replace it with something much more effective. JCOPE was created seven years ago to serve as a corruption watchdog, but its record of oversight has been abysmal and its close ties to the governor and the Legislature undermine its independence.

None of these are new demands. They have been topics of conversation for years, so it honestly should not be so taxing to initiate these reforms before the Legislature leaves town again in June. But remember, this is Albany we’re talking about.

Gov. Cuomo began his third term with a flashy swearing-in ceremony on Ellis Island on New Year’s Day. And while he spent a good portion of his inaugural speech talking about corruption, it was about corruption in Washington and the actions of President Donald Trump.

The same governor who announced his first run for the office in 2010 on a mission of stopping corruption in Albany did not breathe a single word about it in his speech last week, even as it remains one of New York’s most dire dilemmas.

Does that mean nothing will get done? Of course not. But as sad as it is, it is likely that one year from now I’ll be writing about how 2020 needs to be the year of reckoning for corruption in New York.

Blog | “What brand of tinfoil do you wear?” Media passes on UFO sightings coverage
Column | Defining Bias: The word is an easy go-to for criticizing media
To Top