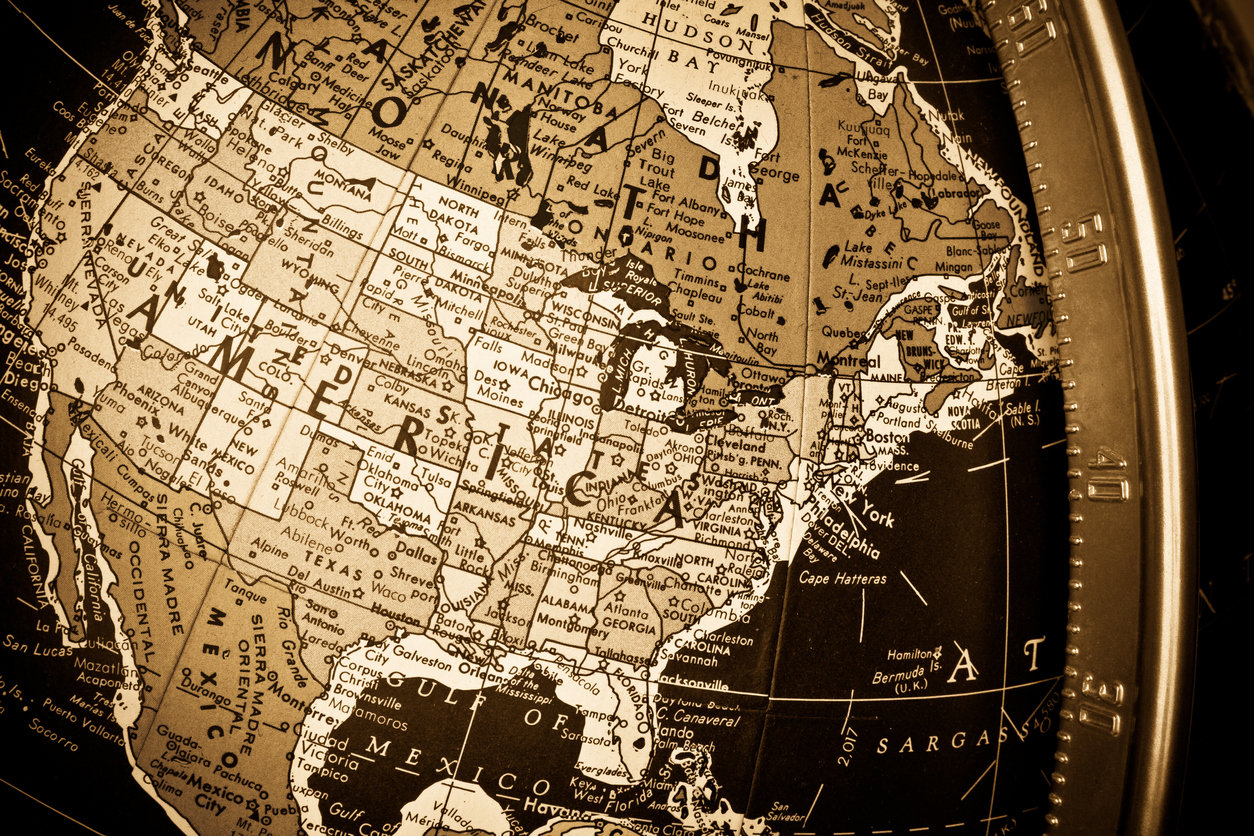 My gut opinion has been that I didn’t think the theory of “the 37th Parallel” would hold up to statistical science. I wasn’t wrong.

On Nov. 6, 2016, USA Today published an article by Jon Swartz titled “The 37th Parallel makes a strong case for UFOs.”

When Ben Mezrich’s book The 37th Parallel: The Secret Truth Behind America’s UFO Highway was released, Linda Miller Costa and I were deep into crunching data related to our UFO Sightings Desk Reference book. Our first impression about Mezrich’s book: “It’s an interesting theory.”

At various UFO conferences where I’ve spoken over the past two years, the question keeps coming up from audience members: “What about this whole 37th Parallel super highway thing?”

I could only shrug my shoulders and offer guesswork based on my familiarity with the states and counties in various regions of the United States. My gut opinion has been that I didn’t think the claim would hold up to statistical science.

Over the past month, I’ve been preparing charts for my nationwide speaking engagements. While crunching the 2018 UFO sighting data for the United States; I went to the time-consuming step of adding latitude information for the thousands of reporting municipalities in our 2018 database.

The combined 2018 data from both UFO reporting services, the Mutual UFO Network (MUFON) and the National UFO Reporting Center (NUFORC), totaled 6,929 of reported UFO sightings. For the latitude measurement, I removed 284 sightings records where municipal locations weren’t specified, or about 4 percent. This left 6,645 UFO sighting reports with measurable locations. 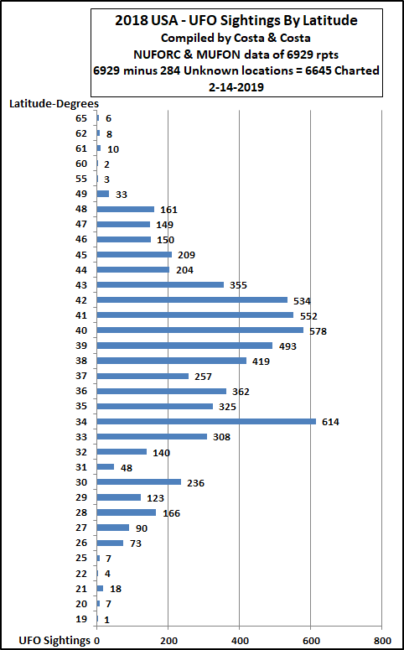 Of course, there are those who will want to point out, as the book did; that there were instances of cattle mutilations and paranormal activity along the 37th Parallel.

Yet if we google “cattle mutilation and specify a state,” we quickly find that just about every state has some degree of livestock mutilation activity. Interestingly, I couldn’t find any evidence of a cattle mutilation database; this surprised me, especially when you consider that so many folks are supposedly studying the phenomena.

I also did a similar exercise regarding paranormal issues. Simply browsing the subject matter “paranormal for any state or county,” you get a robust list of the most haunted places and scariest hiking trails.

I’m not trying to shoot holes in UFO sightings. After all, we’ve had 146,850 UFO sightings reported over the past 18 years. What I am shooting holes in is this much-hyped 37th Parallel notion. On the surface it sounds cool, but it doesn’t stand up to statistical analysis.

It’s high time that some of these UFO folk myths get tested by measurable data about where UFOs are really being reported and where they aren’t.

In the United States, there are about 3,242 counties. In 2018, only 1,033 counties reported UFO sightings; these counties represent 2,996 reporting municipalities of all sizes.

The top states are the usual suspects, while the top counties have changed a little bit but nothing earthshaking. The list of top municipalities for UFO sighting reports had some surprises that I didn’t expect, but I’ll save that story for another article.

Column | Breaking Up Is Hard to Do: The Upstate, Downstate Divide
Column | JCOPE ethics panel fails as government watchdogs
To Top