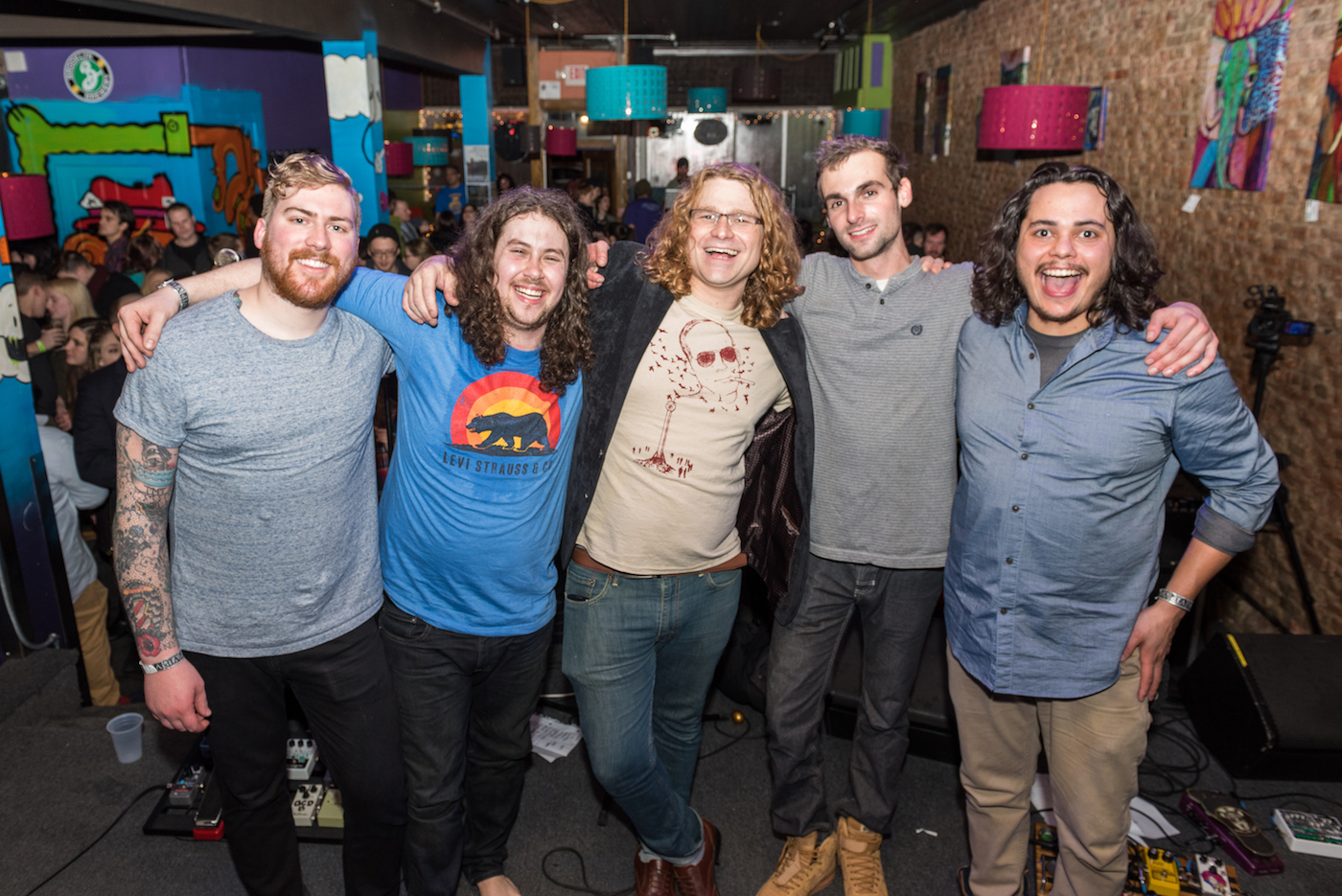 The Barroom Philosophers are excelling at producing original tunes.

What started in 2014 as a cover band quickly hit fast-forward when the group tried out a half-dozen originals in 2015. Now the Barroom Philosophers have got a full-length album ready to drop, and lead singer David Koegel hints that fans can expect the band’s next CD by year’s end.

Koegel says about his group’s transition from covers to originals, “For me, once I got a taste, that’s what I was looking to do in the first place. Performing is different when it’s your own stuff. It’s a different level of release. To see some of our fans singing along, that’s pretty awesome.”

They’ll host a CD release party on Friday, Feb. 2, 8 p.m., at the Lost Horizon, 5863 Thompson Road, with Big Sexy and the Scrambled Eggs as the openers. Tickets are $1. For information, visit thelosthorizon.com.

Koegel was always a singer and even started a disc jockey company to dig more into karaoke. Then he started hanging out with guitarist Joshua Way, who introduced him to drummer Brenden Boshart and bassist Ty Hancock, which led to the band’s formation for a summer 2014 gig at Spencer’s Ali in Oswego. Their playlist of covers included songs from Bill Withers, the Rolling Stones, Grand Funk Railroad, Led Zeppelin, Marshall Tucker Band, Bob Marley and Sublime.

They didn’t play out much through the winter, but suddenly had to prepare six original songs for a showcase in March 2015. That was the catalyst for a complete change.

“We started writing more and more original material and phasing out cover stuff,” Koegel says. “To fill three-hour spots, we’d get another band so we didn’t have to play covers.”

By November 2015, they released a three-song EP, Thoughts That Count, recorded at Studio Dog Pro with Langston Masingale. Then the band stepped up their game when they added guitarist Shawn Tallet in early 2016.

“We met him through friends,” Koegel recalls, “and once he came to practice and we heard him, we knew he had chops. We just said, ‘You wanna do this?’ We were pretty smitten before he even left that rehearsal.”

The outfit’s new full-length album demonstrates their dedication to their craft — not only in the songs themselves, but in their origins. Koegel, Way, Boshart and Tallet all contributed tracks, and Koegel emphasizes that bassist Hancock is also crucial to the music composition.

“I started writing little poems and stuff when I was 10 years old,” Koegel says. “Things we use now (in songs) are from as long ago as when I was 12 years old. Same as Josh. Some stuff was good enough to keep.”

Koegel also emphasizes that the songs cover all kinds of bases in their lyrics. “Some artists find a place of inspiration in certain emotions or a person or theme,” he says. “Some write a lot about love. I don’t know how much I write about love, but we do write about a bunch of different stuff and not just emotional topics. We’re all over the board. ‘Role Model’ comes from my relationship with my family and things I’ve seen in other people. I like the idea of a real light groove, but with dark themes over them. It’s something Sublime would do: a raunchy message over pretty music.”

The album, recorded at More Sound Recording Studio with Andrew Greacen, communicates that concept. Although songs are bouncy and danceable, the lyrics are often more complex. And the mix of reggae, funk and rock takes turns from light to dark in an instant, mixing emotions for the listener that make the ride all the more enjoyable.

“It’s tough to figure out what genre we are,” Koegel admits. “I think some of our songs are pretty close to reggae rock fusion, not that we need to identify ourselves. But when people ask, ‘What do you do?’ I can’t stand not having an answer.”

The Lost Horizon show will feature the entire album from start to finish, perhaps with some new material thrown in. Koegel emphasizes that audience members can also expect extreme energy.

“There’s room on that stage and we’ll be all over it,” he says. “And you won’t have a problem dancing. The BPM (beats per minute) stays up the whole time.”

Advice from the artist:

“Get some guys around you that you can trust and who are going to trust you. And do it yourself. The more you do yourself, the more people will help you. If you ask for everything, you’ll get turned down. But if you maintain your pride and they see you’re doing big things, they’ll help you out.”

A Timely, Provocative Drama For The Trump Era
Edgewood Gets Colorful In New Show
To Top