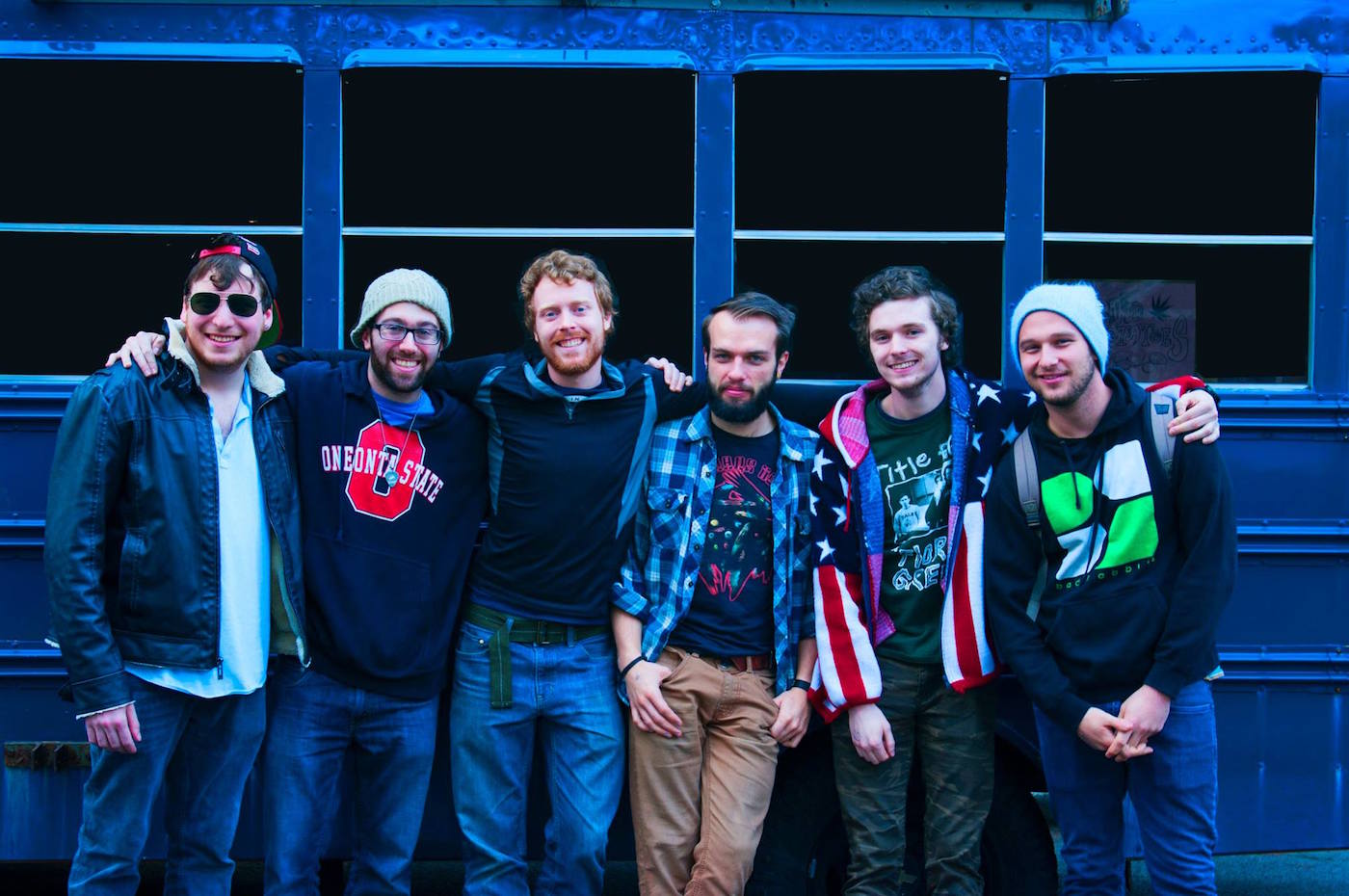 On April 20, 2012, during a SUNY Oneonta lacrosse team practice, Patrick Tierney came down with an acute case of FOMO (fear of missing out). The longtime guitarist could hear live music coming from an outdoor concert on the quad while he watched from the field.

“That was the day I decided that I had to quit the lacrosse team, because I just didn’t have time to do anything else,” said Tierney.

The concert he missed was a festival presented by Oneonta State NORML, a student chapter of the National Organization for the Reform of Marijuana Laws. The following year, Tierney made up for what he’d missed by forming a reggae band to perform at the 2013 festival. They call themselves Baked Potatoes, and on Wednesday, April 20, they’ll perform at the Westcott Theater in conjunction with the release of Loaded, their first full-length album.

“It’s kind of hard to be confined to one genre, because after a while your stuff starts to sound the same,” said 25-year-old Joe Kaplan, who plays lead guitar and sings backup vocals. “I love hard rock. I love blues. I love avant-garde Frank Zappa-esque music that’s all over the place, so it feels good to be playing in a reggae band but also blending other elements into that mix.”

Each of the sextet’s members are SUNY Oneonta alumni (except for drummer Andrew Platt, who will graduate next month), but none of them anticipated being in this band. It began as a fluke when Tierney couldn’t find anyone to play Marley-inspired music at the 4/20 festival, so he brought a few of his friends together to fit the bill.

That was three years ago, and the Potatoes are showing no sign of slowing down. Last summer, they bought a miniature school bus for $600 and drove down the East Coast on a self-booked tour with the Long Island-based Samurai Pizza Cats, playing 10 shows in 11 days.

Alto-saxophonist Jesse Hermann laughed when he recalled the band staying at an Airbnb in Satellite Beach, Fla., during their tour. It was a yellow hut called the Banana Hammocks, and in the morning their host invited them to do nude yoga on the beach.

“He told us a story about his son who works in the Colorado marijuana fields,” said Hermann. “He was a great dude. None of us did yoga with him but, hey, at least he offered.”

Going on tour was a goal for the Potatoes to scratch from the group’s bucket list, as was recording a full-length album. They recorded Loaded at Syracuse’s Subcat Studios, and it’s been nine months in the making. Tierney, Kaplan and Hermann are joined by Andrew Orlean on bass, drummer Andrew Platt and Aaron Roman on trumpet.

Baked Potatoes’ next goal is to open for groups like Pepper and Slightly Stoopid. At the Westcott show, they’re opening for the Hip Abduction and John Brown’s Body, both major players in the reggae-rock-funk world. It was a happy accident that JBB needed a local reggae group to perform on April 20, and Baked Potatoes already hoped to digitally release Loaded on that date.

As for the group’s favorite tracks on the album, they resoundingly agree that “No Shirt No Shoes” is a winner, having begun as a pithy bass riff written on the bus ride to Florida and growing into a seven-minute magnum opus. In the middle of the song, the music drops and Platt takes over on a drum solo, followed by the rest of the group slowly building back the groove-inducing beat.

The band plans to relocate westward, most likely Flagstaff, Ariz., where Platt will begin studies for a graduate degree in geology.

“He’s thinking about his future and we just want to be in a band,” said Tierney in jest.

Platt replied with a smile, “I’m still trying to do both.”