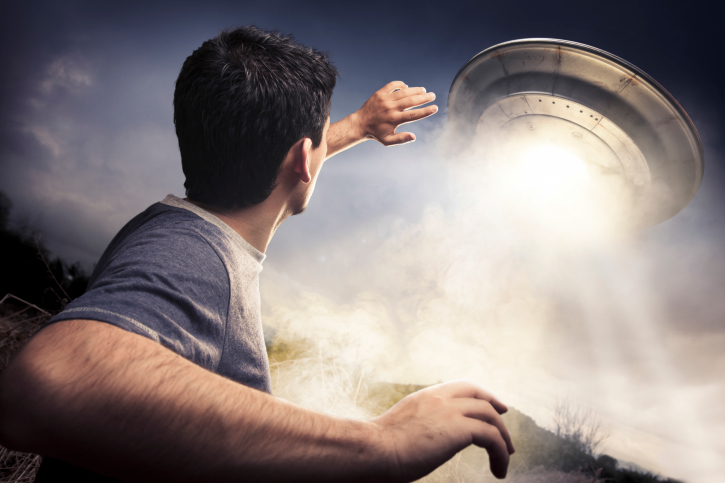 The setting was a conference room at the U.S. Department of State. A podium displayed the seal of the Department of State, and few feet behind it was a riser platform with a large leather armchair. Seating was arranged theater-style to accommodate credentialed members of domestic and international media.

Perhaps 35 people dressed in business attire took seats near the podium. They had badges that bore the journalists’ names from the domestic and international news outlets. No television cameras or live feeds were allowed. Cellular phones had been sequestered by security. A uniformed guard was posted at the door.

Then a conservatively dressed woman stepped to the podium. “My name is Louise Hamilton. I am the undersecretary for media affairs,” she began. “I know this impromptu press conference is both unusual in its limited size and its select invitation list. I will read a brief prepared statement and then I’ll take your questions.”

Then she looked down at the podium and read from a document. “Seventy-two hours ago our government made contact with a space-faring race. This off-world race has expressed peaceful intentions and has requested asylum on our world. Their generational spacecraft is currently parked in high Earth polar orbit. I will now take your questions.”

For a brief moment the ramifications of Hamilton’s announcement left the journalists at a loss for words; then the quiet was pierced by a loud cacophony of questions. “Just how big is this generational spaceship and how many aliens are we talking about?” asked a newspaper reporter from New York City.

Hamilton took a deep breath, then remarked, “It’s the size of Manhattan and has a population of nearly 800,000.”
The room again erupted with correspondents yelling questions in an attempt to be heard. “Ladies and gentlemen, we understand you have many questions, most of which I am not qualified to answer,” Hamilton said. “We have with us today the ambassador from the Joka People. He will explain the plight of his society and answer your many questions. Please rise and welcome Ambassador Yasmin.”

A tall humanoid entered the room. He was wearing long, flowing, lightly colored robes. His face and hands were green and his facial features were reminiscent of a reptile. He bowed politely as he passed Hamilton, then he stepped onto the platform and sat in a leather armchair.

“Folks, you are among the best and brightest of your profession,” Hamilton said. “We want you to have a deep conversation with Ambassador Yasmin. We’d like you to tell your audience a compassionate story about these interstellar refugees.”

Yasmin removed a small device from a pouch on his waist. He held it up near his mouth and began to speak. His words were unintelligible and had a guttural sound; a moment later a clear voice speaking the English language was projected from the device.

“Greetings, friends and chroniclers. My name is Yasmin of the Joka people and this object is my translator mechanism.”

This aforementioned scenario was fictional! But it really happened in a simulated Live Action Role Play (LARP) game called Washington Press Conference that was presented in the fall of 2003 at an Intercon LARP gaming event in the Baltimore suburbs. My spouse and I wrote the premise and orchestrated the event for 35 gamers.

The two-hour improvisational event went into depth about how earthlings might handle a situation involving first contact and a spaceship filled with a million alien refugees. The role players were true to their journalist characters, with questions that cut to the heart of the matter.

The topics ranged from details about the Joka species and their generational trip in search of a new planetary home. But as the pretend conversation got deeper, we began seeing elements of xenophobia expressed by some journalists.
Some took the position that the Joka culture would contaminate Earth’s societies and their belief systems would damage ours beyond repair. One reporter, representing a conservative religious news outlet, stood up and called the ambassador a “snakehead and a demon.”

At the 2018 Mutual UFO Network (MUFON) Symposium in Cheryl Hill, New Jersey, I was approached by an older man who thrust a large envelope into my hand and told me that “the aliens are coming and they are the demons Revelations warned us about.”

During our 2003 game there were laments by the role-players’ characters that humans weren’t ready for first contact and that if this news were to be announced it would cause chaos on a worldwide scale.

Afterward, the players expressed enjoyment with the experimental role-play game. My spouse and I were impressed by the positive response and the substantial range of real world concerns.

When we presented the game at two more conventions over the next few years, one common thing occurred in every game that surprised us: a newspaper reporter character who stated, “Ambassador, your culture isn’t wanted here. If you stay here we will eventually make war upon you and destroy you. We are humans and we kill what we don’t understand.”

That statement says a lot about us as a species.