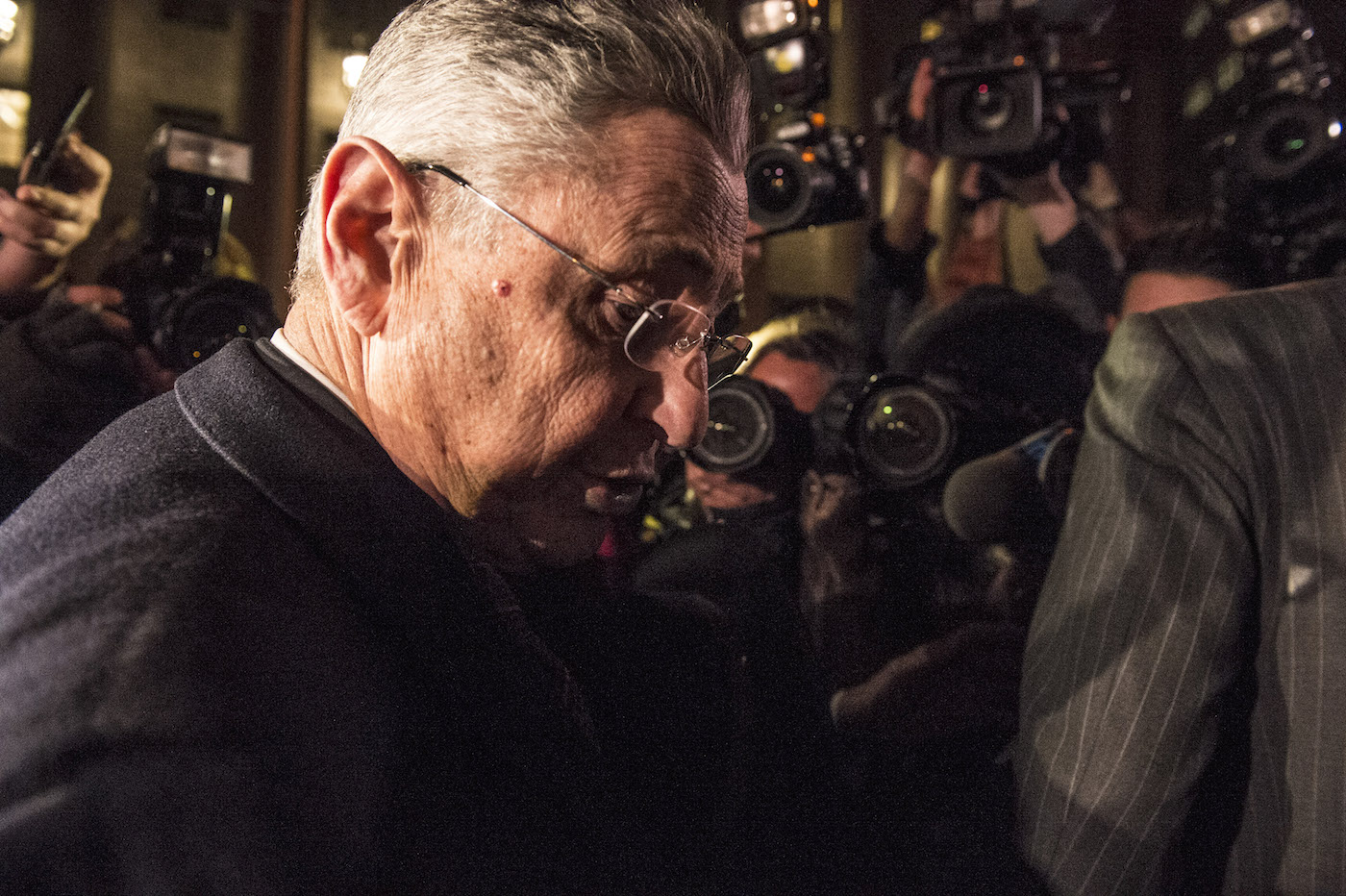 As one of the most powerful people in New York, former state Assembly Speaker Sheldon Silver spent years using his public office for his personal profit.

He funneled $500,000 in state grants to a Columbia University doctor who, in return, sent his patients to Silver’s law firm — which then paid Silver for the referrals. He also voted for state tax breaks for a real estate company, which then steered business to a law firm, from which he also received referral fees. He pocketed $4 million in illegal kickbacks and then earned another $1 million by investing that money.

He was found guilty of bribery and extortion charges in May for the second time. And just before his second sentencing at the end of last month, Silver had the gall to beg for mercy.

The disgraced Democrat wrote a letter to Manhattan federal court, saying he was filled with shame, hardly sleeps and thinks of nothing except his criminal case. “I pray I will not die in prison,” he wrote. The 74-year-old crook has suffered from prostate cancer.

Despite his pleas, Silver was sentenced to seven years in prison for his crimes. It is, at best, a reasonable punishment — for mercy is something Silver does not deserve.

Convicted criminals are only granted mercy if they plainly show extreme remorse for their wrongful actions — something that, besides in letters to judges, Silver has not shown.

Throughout both his trials, Silver and his lawyers maintained he had done nothing illegal, and that pocketing the money he did was simply a “legal and normal” part of how state government operates.

None of those instances illustrate that Silver truly acknowledges that his actions were criminal, or that he takes responsibility for those actions. He does not appear sorry for what he did, just sorry that he got caught. Therefore, he does not deserve mercy.

Oddly enough, he was granted some leniency. His second sentence of seven years is significantly less than the 12-year sentence he was first given in 2016 before his conviction was overturned thanks to a U.S. Supreme Court decision that narrowed the definition of corruption.

What makes this case even more ludicrous is the last-minute desperate attempt by Silver’s lawyers. They tried to convince the judge to give him an alternative sentence, in addition to some prison time. They proposed Silver’s probation should include “staffing a help desk assisting New York citizens to navigate their way through the state bureaucracy” to “maximize their chances of receiving benefits to which they may be entitled.”

Silver is “an intelligent man, with virtually unparalleled knowledge of New York State government,” his attorneys wrote. “The Court could exercise its discretion in a way that punishes Mr. Silver, but takes advantage of his unique talents and still affords the possibility of his living the end of his life in freedom.”

The logic behind this idea makes about as much sense as suggesting that a prison escapee would make a good jail guard or that a bank robber would make an excellent secretary of the Treasury.

Silver is indeed an intelligent man with virtually unparalleled knowledge of New York state government. That’s how he was able to use it to his financial advantage for several years undetected. He shouldn’t be allowed to go anywhere near government ever again.

Since the state Legislature is incapable of passing any sort of concrete ethics reform that might deter other state officials from participating in corrupt activities like Silver, a concrete prison with steel bars is the second-best preventive measure. A no-nonsense seven-year prison term for such a high-profile figure would hopefully make any politician think twice about using their position to make a quick buck.

It’s the seriousness of Silver’s position that makes his punishment warranted. If you betray an office of the public trust, the public must get justice. There are few cases where people accused of the same crime would be given the chance of an “alternative sentencing,” so there’s no reason why someone in power should be treated any differently.

We hold our elected officials to a higher standard because we put our trust in them to create and defend laws. We also expect them to follow those laws.

A First Contact Event: Examining the human response to alien life
A response to the attack on journalism by the White House’s bullying pulpit
To Top