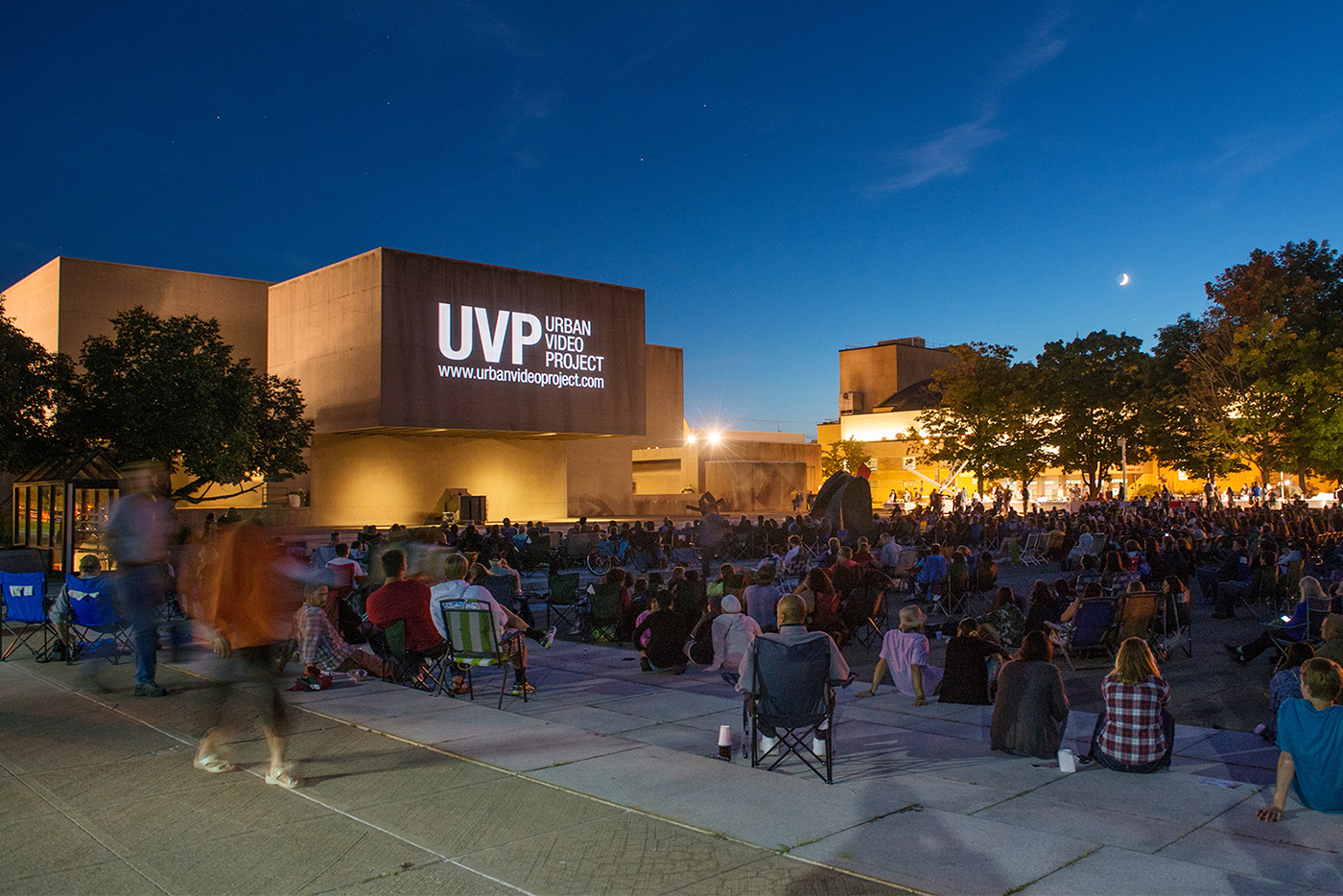 The Urban Video Project soon wraps up its 2016-2017 season by showcasing the work of Deborah Stratman, a Chicago-based filmmaker and multimedia artist. On Thursday, April 20, 6:30 p.m., her 60-minute documentary, The Illinois Parables, will be shown at the Everson Museum of Art’s Hosmer Auditorium, 401 Harrison St., followed by a question-and-answer session with Stratman.

That free indoor event is paired with an outdoor showing of Xenoi, a 2016 film shot by Stratman on the Greek island of Syros. Starting at dusk, Xenoi will be projected on a wall, the museum’s north facade.

Although the two films are markedly different, they do reflect Stratman’s longtime interest in landscapes and public space, technology and change. The Illinois Parables, an unconventional documentary, encompasses 11 vignettes that shift from location to location and across time.

Indeed, the film moves from Cahokia, where Native Americans built burial mounds more than 1,000 years ago, to Nauvoo, where the Icarians, a utopian group, and the Mormons both resided during the 1840s. Joseph Smith, the Mormon patriarch, was accused of treason, jailed, and killed by a mob that stormed a county lockup.

And it visits Golconda, where thousands of Cherokees disembarked after crossing the Ohio River in 1838 and 1839. They were en route to Oklahoma. This was part of the Trail of Tears, a journey that began with forced removal of the Cherokee from ancestral homelands in Georgia.

The film discusses other events as well: a 1925 tornado that destroyed several towns; construction of figurative mounds by Michael Heizer, an artist, in 1985; the 1969 assassination of Fred Hampton, a member of the Black Panther Party, by a police task force that broke into a Chicago apartment.

Stratman doesn’t operate from a purely historical perspective. Rather, she explores notions of faith and violence, of refuge and humanity’s impact on land. Her tools include varied narrative devices: snippets from interviews with tornado survivors; footage of a young boy standing by a Fred Hampton mural; a passage from the Indian Removal Act; a French song evoking the background of Etienne, the Icarians’ founder.

The Illinois Parables was shown at several festivals and received the Stan Brakhage Award at the 54th annual Ann Arbor Film Festival. Brakhage (1933-2003) is regarded as one of the most important experimental filmmakers of the 20th century.

Xenoi, meanwhile, covers the landscape of Syros, starting with a cave and ancient ruins and extending to traffic, people working in a concert hall, a hillside, and office buildings completed but never occupied. Stratman created a series of silent observers, spheres, which change in color and shape and hover about throughout the film. Their role is never specified, and it’s up to viewers to interpret their connection to the island community.

In discussing the Urban Video Project, Anneka Herre, its director, emphasizes its flexibility. On one hand, UVP presents one-time programs such as Stratman’s upcoming appearance at the Everson. On the other, it beams films and videos onto an Everson Museum outside wall throughout the year. For example, the projection of Xenoi in an outdoor setting will continue through June 3, with showings Thursdays through Saturdays, beginning at dusk and ending at 11 p.m.

Herre also notes that UVP, a public media art program, is based on cooperative arrangements with Light Work Gallery, where she works, and Syracuse University acting in partnership with the Everson Museum and Onondaga County.