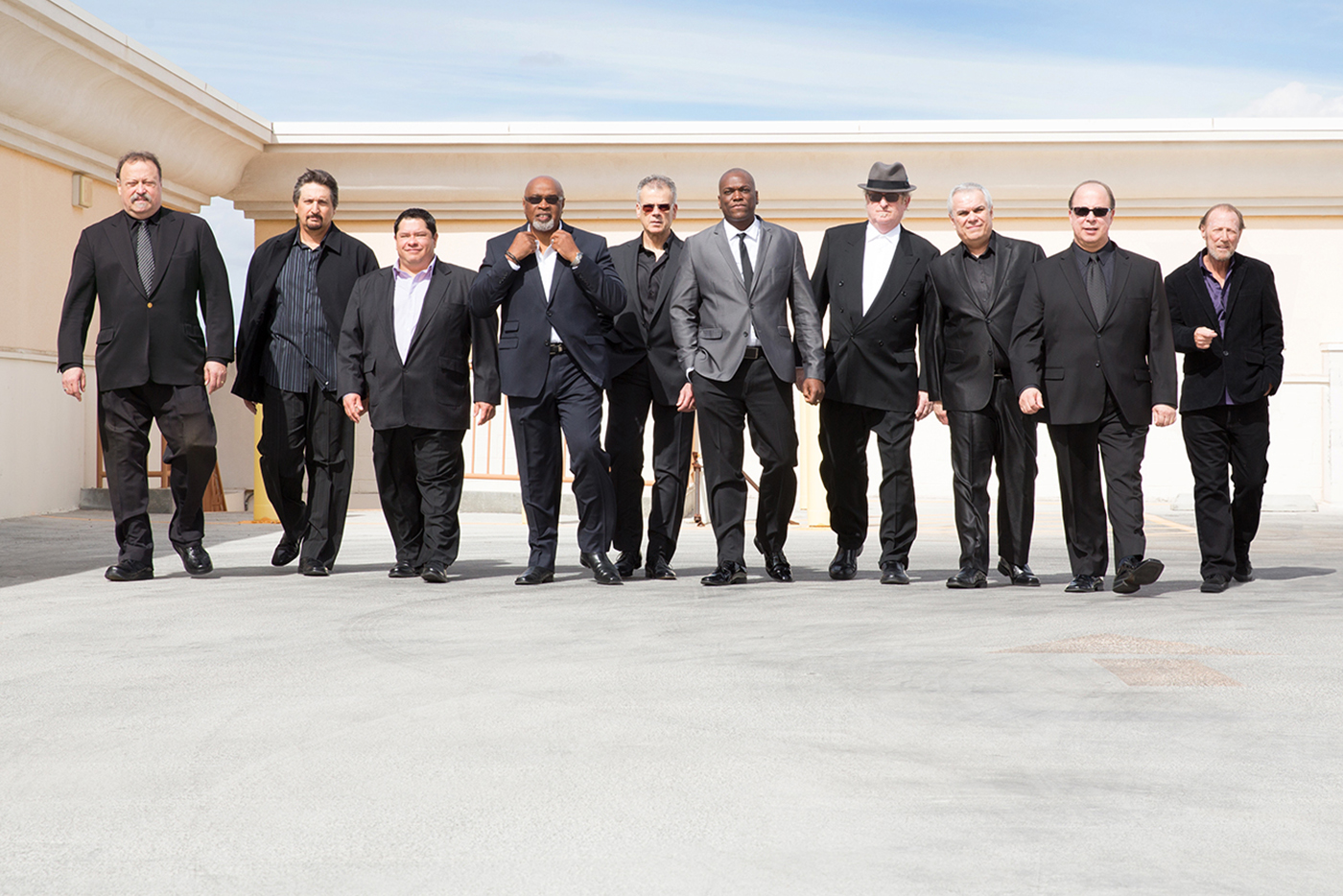 Tower of Power’s Emilio Castillo talks about what funk means.

The San Francisco music scene in 1968 is most often recalled as the font of the psychedelic sound plied by Jefferson Airplane, Big Brother and the Holding Company,  the Grateful Dead and others. But across the bay in Oakland a very different vibe was blossoming, one that reflected the hard throb of urban street life with fast tempos, lots of syncopation and a big brassy façade: in a word, funk.

Part of that scene was Tower of Power, the group founded by saxophonists Emilio Castillo and Stephen “Doc” Kupka, with a name pulled from a list of random options. After playing in the area for two years, the 10-piece horn band auditioned at the venerable Fillmore Auditorium in 1970 and subsequently signed with promoter Bill Graham’s San Francisco label and recorded their first record, East Bay Grease.

That was 48 years ago, and while most of the other San Francisco bands have faded into the lore of the bygone era, Tower of Power has been recording and touring without a lapse ever since. With 27 albums, including a 40th anniversary boxed set, to their credit and a continuous touring schedule of 200 days a year, Tower of Power has preserved and nurtured the big horn band tradition, and certified its enduring vitality. The band has also functioned as a studio staple, providing backup for Aerosmith, Elton John, Santana, Little Feat, Phish, Heart and many others.

Emilio Castillo spoke with the Syracuse New Times from his home in Arizona.

What were the early musical influences in your life?

As a child in Detroit I loved listening to the music that my father, a bartender, played on his hi-fi: The Platters, Dinah Washington, Nat King Cole, Bill Doggett and Elvis Presley. When I was 11 we moved to the Bay area and the radio became my friend and I liked the soulful stuff like “Under the Boardwalk” and the writers of the Brill Building: (Gerry) Goffin and (Carole) King.

How and when did you become a performer?

I didn’t start playing until I was 14. My dad took me and my brother to the (music) store and I picked the sax because I saw that the sax player in show bands was the guy up front in the spotlight. My brother picked the drums. We started a band that day and then we learned how to play. Totally backward. I fell in love with soul music: James Brown, Curtis Mayfield, Sam and Dave, Otis Redding, Motown. We used to sneak in to watch Sly and the Family Stone before they even made a record.

How did Tower of Power come together?

In ’67 my band was called the Motowns. My mother was the manager. Then we got an audition at the Fillmore. The Bay Area was a music mecca and we knew we couldn’t use the name the Motowns so I saw a list of those weird psychedelicnames like Lothar and the Hand People and I saw that name, Tower of Power. We were a 10-piece band and I thought it described our sound.

How would you describe your music?

It’s a soul band. We have lots of exciting up-tempo funk tunes, finger poppin’ shuffles, medium-tempo love songs, and those wring-your-heart-out ballads that move you emotionally.

Technically speaking, what is funk?

Funk music is one aspect of soul music. That is, generally up-tempo, very syncopated, and exciting.

In addition to playing live, you do a lot of studio work. Tell me about that.

It just kind of happened accidentally. We have this (five-piece) horn section. There’s a billion guitar players out there but there’s not a lot of horn sections. Early in our career we did a session for this blues guy, Nick Gravenites, and he gave us some money. About a month later Carlos Santana called and we played on a song called “Everybody’s Everything.” It was on the radio and people started hearing what we did and pretty soon we did Elton John, Linda Ronstadt and Aaron Neville and every rock band out there from Poison to Pure Prairie League.

What has enabled your music to survive through all the changes that have occurred from 1968 to 2016?

We have our own unique sound. That’s a key for any artist. You need to find your voice, your signature, and own it. We make our music in a manner that pleases us, not  based on what’s popular or to be like somebody else. We learned the hard way a long time ago to be true to ourselves.

You have a very busy touring schedule. In your repertoire, what works for you again and again?

We have three 90-minute sets that we revolve around. It makes it  interesting for us to change sets that way.

Did you ever imagine, when Tower of Power was new, that it would become a life-long career?

No. I didn’t think about it. I was a kid. It was cool. This is far beyond my wildest dreams.