A few ways technology is shaping the ad industry

One hundred years ago, people got the word out by paying for a half page pressed by a lead printer larger than your house. Maybe they paid a clown to run around the streets and heckle someone into visiting your store. Or perhaps you hand painted a sign on the side of your building that said, elaborately “Shop here.”

Technology has done two things for the advertising industry: while the clutter of noise and imagery has made it more difficult to reach the modern customer, it has at the same time endeavored to reach the consumer through those media and more exactly than before.

Here are a few ways technology is shaping the ad industry. 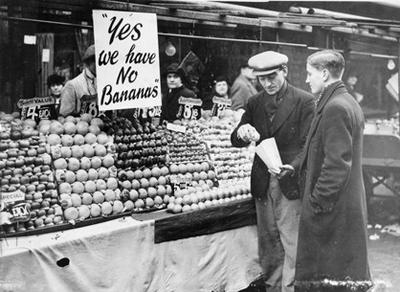 Sign at a market fruit stall “Yes we have no bananas”. (Photo: Imperial War Museum Archives)

A hundred years ago, you had to ask someone or walk down the street. In 1878, some genius in New Haven figured that writing down the phone numbers of the 50 major businesses in the area was a good idea. 120 years later we invented a new phrase for that: “Google it.”

Now, phonebooks are used as booster seats when guests come over.

Search engine optimization (SEO) – a.k.a. competing for the #1 spot on Google – has become a multi-billion dollar industry.

Remember when you used to get over-sized postcards in the mail urging you to throw them in the trash immediately (oh wait, that still happens)? Yeah, well, that’s not going to stop. According to CMOcouncil.org, direct mail still has a 1.4% response rate over email (0.03%), web display ads (0.04%), and paid search (0.22%).

However, which is cheaper? CMO cited direct mail as the most expensive marketing cost for businesses, followed by TV at $41 billion.

While you can select direct mail demographics based on location and also general estimates of interest, thanks to the World Wide Web, you can do a little bit better than that. Email marketers boast all sorts of marketing demos you can target; but thanks to some scary software, marketers can “interest target” you while you are browsing the net.

An illustration of Hansel and Gretel leaving crumbs. (ivankiss.net)

Every time someone visits a website, they leave what is called “cookies” behind them as they navigate to the next site. (Cookie crumbs – think “Hansel and Gretel.”) Advanced marketing software, for instance used by the world’s largest advertiser (Google at $51 billion last year) will track this activity for each individual IP (internet protocol) address and therefore be able to identify that, based on your visits to the ESPN.com, your search for movie theaters showing the worst Transformers movie ever, and reading 47 blogs posts about picking up chicks – you might be a 26 year old who lives at home with his mom and eats junk food while binge-watching “Breaking Bad” on Netflix; and the ads you see will cater to that.

Try buying a sweater on Amazon sometime. Then enjoy the 4,000 sweater ads you will get on Facebook over the next month. It’s called re-targeting. Gotta’ love it!

When Steven Spielberg turned one of Philip K. Dick’s short stories into a blockbuster action film better than any he had made since Raiders of the Lost Ark, he didn’t do it in a vacuum. Actually, he locked a group of scientists in a room with a secretary (sounds like the beginning of a bad joke) and asked them what the world would be like in 2054 (the time-setting of Minority Report).

Hence, when Syracuse-native Tom Cruise walks through the futuristic shopping mall looking for a pair of slacks for his naked fortune-teller, he is directly addressed by the video version of the GAP spokeswoman who remembers what he (spoilers protected) bought last time he was there. 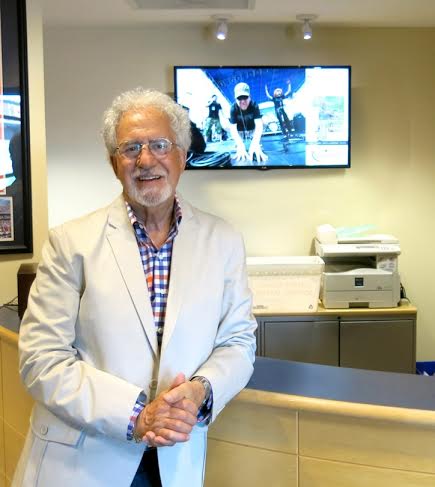 This tech is actually more real than you think.

While static billboards remain still a widely used medium, digital signs have literally taken over Times Square (in case you haven’t noticed) and are “coming to a small town near you.”

“It’s flexible,” said the advertiser of over 35 years, “There’s virtually no lead time when putting content up. There’s a control aspect. If you have multiple screens up, you can pick what message goes on what screens.”

A recent study by MarketsandMarkets said the digital signage industry is set to reach $15 billion by 2020.

When asked where advertising is going in the future, Cowley replied that it would “continue to move towards digital and mobile” citing cost-effectiveness and engagement.

The U.S. Department of Transportation recently confirmed the safety of digital billboards for drivers.

“Everyone out there is fighting for attention,” noted Cowley, “Digital signage is different enough from the status quo to catch that attention and hold it long enough to deliver a message.  And in today’s world, that’s all you can really ask for.”

The New Times is currently exploring digital signage with Cowley as a new advertising option.

Kids these days. When they think “Christian Bale” they think The Dark Knight and maybe American Psycho. Little do they know that he appeared in Newsies, and even Empire of the Sun back before Steven Spielberg had a good film editor to cut out the long boring stuff.

The key image there was Newsies. 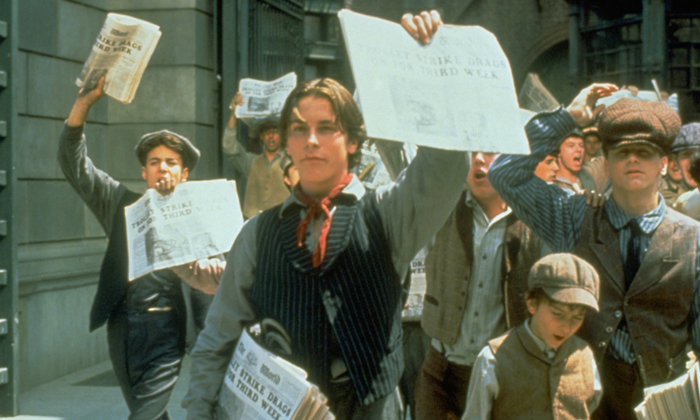 Kids (ages 18-24 we are talking) have increasingly read the news online via highly authoritative mobile websites such as Facebook, Twitter, and Buzzfeed by a striking number of 146 percent! In one year. Yes.

This means kids are reading news.

Overall news site views are up: from 135 to 165 million (both millions there, otherwise that would be quite a jump) which is great for not only the education of the masses but the news and ad industry in general. (You may be reading this online right now after finding it on Facebook, or Twitter or LinkedIn.)

However, according to McKinsey and Company, a new study shows only 8% of all news reading is done online. That means 92% of news is still taken via traditional means: 41% on TV (“Good morning, America!”), 16% on the radio (“Here’s our latest world famous phone tap…”), and 35% in hard copies of newspapers and magazines (“There’s a fly on the wall.” Smack! “Not anymore.”).

Why the shocking “anchor trend”? It is this writer’s personal assumption that people still want to hold something, flip pages, and show someone next to them. A people who can only be social over a wire will lose the sense of what it means to truly be human.

There will always be the growing convenience of “the internet” with its “easy to find what you’re looking for”-ness, its here-there-share in no time advantages, its “I can tell anyone what I’m thinking about this thing I just read”; but it won’t ever replace what I can throw around, read, and laugh at with my friends.

Kindle may think it’s found the “reader friendly” typeface and background but there’s still nothing more annoying than reading a book on a screen when you can flip actual pages, make a crisp noise doing it, and smell the last century –  while maintaining your good vision (didn’t mom always say: “don’t sit so close to the screen?”)

What do I think will happen? Yes, digital most-everything – but you’ll be able to hold it in your hand as if it were printed – no joke; and no one would be any the wiser.

Except the stories will come alive like something out of Harry Potter. And now I’ve ruined my Dickensian-sounding ending.

Tech Round Up: Rotten Tomatoes and Facebook Taking Over the World
Tech Tidbits: UFOs, CIA, Brazil and One More Thing
To Top