Here’s what’s going on this week in tech.

Netflix Teams Up With Rotten Tomatoes

At long last, the two best internet movie inventions are joining forces. The popular video-streaming service will now add the most widely used film review source to its own platform to offer members a better insight as to what’s “fresh” and what’s “rotten.”

Up until now, Netflix’s rating system has been a little ambiguous. RT, however is a widely trusted resource, combining critic and user reviews into a simple rotten-or-fresh score (1-100%, with 60% being the dividing line). As a film fan, this tech writer finds RT’s scores to be right on the money, making it a good judge of whether or not to spend the next two hours and perhaps ten or fifteen bucks on a film.

The collaboration is a joy for Netflix users, making it easier to gauge entertainment quality.

#ShowUsCNY14 Brings In Over 500 Phenomenal Images 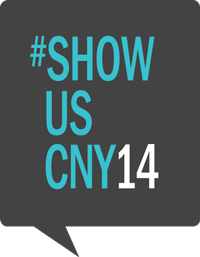 Rounding out the five day celebration on Monday – the official “Social Media Day” – #ShowUsCNY14 celebrated a great turnout of amateur and professional photos from around the local area. Over 500 fantastic shots were added to the organization’s RebelMouse page.

“The images people posted were just remarkable—artistic, fun, colorful, beautiful,” said Kevin Morrow, a communications professional at Syracuse University and principal organizer of the event, “What these all had in common is that each celebrated an aspect of Central New York. And that’s what Show Us CNY14 is all about: seeing and sharing our community from multiple perspectives.”

The event was presented by the Social Media Breakfast Syracuse and sponsored by fifteen local organizations.

“Many thanks to all who have participated,” said Morrow, “The photographers and our 15 sponsors and promotional partners.”

What’s next? 30 of the best photos taken will be selected by judges and shown at the Everson Museum of Art August 21-30. Don’t miss it!

How to Erase Your House on Google

As cool as Google’s “Street View” is on the Maps section of the most widely used search engine; it’s also a little bit scary. Thanks to the advancement of satellite imagery, more high-resolution photos are now allowing anyone anywhere to view your home.

However, since Google claims to “take privacy very seriously,” they have made it possible to blur out specific locations simply by entering the address you want blocked, moving the little “Street View” guy in front of the location, hitting “Report a Problem,” and following the prompts.

The downside is these blurred areas become places of interest. The upside, it’s a safeguard many will enjoy using amid the handiness of this search option the world has not previously known in the convenience of the home. 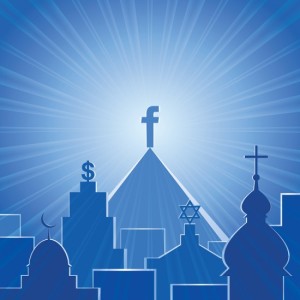 This is not a joke. Well, it sort of is.

A San Francisco area Craig’s-lister recently posted that he is “working on creating a new startup religion with features Mark Zuckerberg as God” and is “looking for anyone interested […] who could contribute to developing the religion and its mythology.”

The post goes on to explain that “Zuck” is an “Avatar” of the real God elsewhere and various members of Facebook’s corporate hierarchy and “Zuck’s” past are Gods and Goddesses.

Truth be told, at the end of the spiel, the writer reveals he is “just doing this for fun […] whether it goes anywhere or not.” One has to give him some props for being honest. One also wonders how great a hold Facebook has on our lives.

Much of the internet is in uproar over a recent study conducted by the world’s largest social network. Over 600,000 of Facebook’s 1.3 billion monthly active users were unknowingly made guinea pigs of the experiment.

The main target was to test users’ responses to the manipulation of their newsfeeds by only showing all positive or all negative posts from friends. The “shocker” (sarcasm used) – users responded positively to positive feeds, while negative “news” left them in a worse state.

Facebook claims they are protected via their terms and conditions (that no one reads). Still, it seems a little shady. “Sign this. Thank you for your house. Sorry you had a really bad day. Oh and, don’t jump off that cliff.”

And since we can’t end with that…

Facebook comments on our articles (see below). That’s right, now you can give us your opinion on any and every article – non-anonymously, and share that with your friends.

Thank you in advance for all the love.

That’s all for now; I’m off to worship Mark Zuckerberg.

Why Is Your Dinner Online?
The Minority Report for Advertising and Tech
To Top