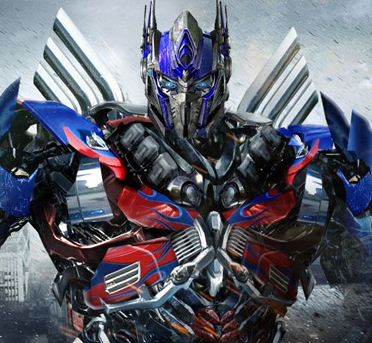 The first big truck that crossed my path driving home from the Friday matinee showing of “Transformers: Age of Extinction” caused me to cringe.

I’d just spent the last 2 hours, 46 minutes in the darkened theater of Destiny USA watching director Michael Bay’s film morph trucks into ‘bots, both good and evil, back and forth.

It was my first venture into the successful franchise, now four movies strong, and I loathed it through and through. The impression was not quickly shrugged off, apparently.

It started off simply enough, as we meet oddball but hopeful inventor Cade Yeager, played as a Texas toughie by Mark Wahlberg, being overprotective of his hottie teenage daughter, played as innocent-to-widower-dad-but-nobody-else by Nicola Pelz. Yeager is broke, and making bad financial decisions one after another, buying a rundown movie theater while inventing robotic guard dogs that serve but don’t protect.

Hell, I even smiled because that reminded me of eccentric Gary Busey barking so unfortunately during the making of a commercial during an episode of “Celebrity Apprentice.”

Then the Yeagers and employee Lucas Flannery, played as a semi-smart Texas surf dude by T.J. Miller, find out that an old truck that came with that decrepit theater really is Autobot Optimus Prime. The government, represented by bad guys played so very well by Fraser Crane, er Kelsey Grammer and Titus Welliver, want the head of the Autobots to right a wrong for a past battle vs. the humans in Chicago. Those guys want to deliver Prime and all of his leftover Autobot pals to the company run by an autocrat played very well by Stanley Tucci, who will give them a golden parachute and use ‘bot scraps to create Transformers from here to eternity.

The story, written by Ehren Kruger, unfolds as man vs. robots, robot sects vs. other robot sects, robot sects vs. the creator of robots, man vs. man, man vs. government … Did I leave anything out? I did mention that the movie is 186 minutes long. Oh, yes, father vs. daughter and her Irish-accented boyfriend, whom he derisively nicknames Lucky Charms.

Surprisingly, I could follow along with every twist and turn, and big special effect.

But I didn’t want to after the first half of the movie.

What I wanted to do was grow dozens of pairs of hands to cover up all the eyes of the children under the age of 10 who had been taken to said matinee by their parents. Such violence on the screen, on two continents and a huge spaceship! I know much of it transpired between robots, but still. I did not think it sent out a good message to young minds. Now that hand thing would be a special effect.

Instead, I squirmed in my seat at each battle.

Bay and Kruger obviously were manipulating everybody into developing a rooting interest.

I was pulling inside every second for the movie to end so I didn’t have to see one more decidedly evil robot that wanted to kill all of mankind or one more suddenly-good robot that looked like a dragon or one more formerly neutral robot that smoked a mechanical cigar and sounded like John Goodman.